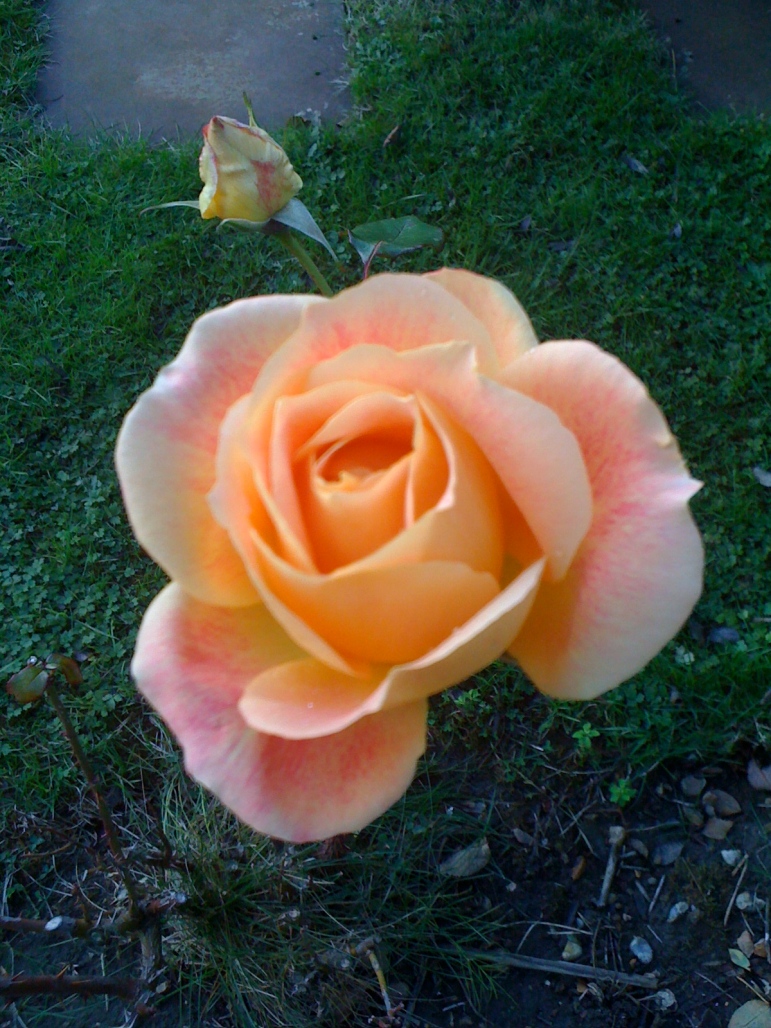 Today I must issue a health warning as you read my opening sentence. I am about to be base. Proceed with caution, all ye who enter here. Today’s subject is both the most, and least edifying of life’s facets. It is our ability to smell.

I think I mentioned the dog’s focused attitude to walking on our return from the coast. He has that most dreaded look on his face: the one we’ve branded his Neville Chamberlain Special, after the pre-war Prime Minister with an enormous moustache.

His intrinsic untrustworthiness results in no-one, apart from us, ever letting him off the lead. Thus, the past week, while we have been away from him, a forest amble on one of those ten metre, telescopic leads must suffice.

This dog is a miniature sports model. You would not believe the power under the bonnet. And over the years, we have pandered to this, rather. Twice a day, the lead comes off in acres of adjacent forest and man, does that animal go. Like a bullet out of a gun.

After a week without the nought-to-sixty-in-thirty-seconds regime, the tension was beginning to show. The mutt was wired, and would brook no refusal. And his ‘tache was bushy and upstanding, to underline his steely disapproval.

I shut down the PC, fetched the lead, played the round-and-round-in-a-circle-so-you-can’t-get-a-fix-on-my-collar game, finally got a purchase, and headed across the road and into the green, green forest.

Where it hit me, straight in the back of the brain, singing to my subconscious like a verdant choir. I was home. I could smell it.

The earthy tones mixed with the heavy, sweet bracken musk: the wet leaves, the puddles underfoot, all lay before me in a smellscape, and I knew I was, for the first time, incredibly glad to be home.

Because smell is heady stuff.

In 1996, a pair of academics called R.S. Herz and  T. Engen wrote about a thing called Odour memory. Their research suggests that the place in our brain which processes smells is close neighbours with the amygdala-where we process emotions- and the hippocampus- which manages our memory.

And I mean close. The amygdala is just two synapses away, and the hippocampus only three.

Which explains that moment where you smell something, and it triggers vividly not just a memory, but the emotions which go with it.

I am still unable to put on the perfume I wore, the day I interviewed for head teacher. One draft, and it brings back an experience so startling and unfamiliar, a feeling so out of my depth, it is as if I were still there in that pokey staff room, deep breathing and memorising my lines.

On the other hand, one whiff of purply lavender and the soft warm winds of the south of France are laid out before me. The lavender fields there, which supply the perfumeries of the world, are vivid lilac.

One sits at some cafe or other with a glass of wine, but more potent by far is the intoxicating smell which drifts on the wind. It brings back the early days of my marriage, when we were playing at being grown up, and although we were convinced we carried the cares of the world, we led a charmed life.

From Ariel to Caliban. The dog trots through the forest too, snout outstretched appreciatively. There we are, two connoisseurs, taking in every olefactory delight the forest has to offer us in deep draughts.

Of course, what is delightful to me, and what charms him: those are two entirely different things.

I hesitate to go into too much detail, being a middle class English housewife. Suffice to say, someone breaks wind, that person’s most ardent fan is the dog. Rolling in undesirable substances is his thing.

One day  he appalled me more than any other. While my concentration was taken by a neighbourly chat, he dined on something no dog should ever admit to having dined upon. If dogs could admit to things, that is.

Revolted, I shrieked at the top of my voice. I made an exhibition of both himself and me, remonstrating, wincing, dancing a small jig at the unspeakableness of his crime. My neighbour did the same. There we were, all three of us, and the only one pleased with themselves here was Macaulay.

During that walk I made sure he drank incessantly. We stopped at puddles and I ranted. harpy-like, at him to drink, hound, wash that terrier mouth out thoroughly.

We headed home, but it was to be many hours before I forgave him. The widest of berths was accorded him by the whole family, on my strict instruction.

Late, very late, when we were turning the lights out and checking the locks, I spied him, utterly crestfallen, lying in the sitting room on the ground floor. A forlorn four-legged figure he made, lying there, while the rest of us lived out evening life on the middle floor. At that moment I firmly believe that he knew himself to be very much in disgrace.

Reader, I relented. Who could not? The majority of the senses told me this little companion of mine was repentant. His appearance was one which could have made him a canine film star: a doe-eyed, cartoon-dog. His fur felt soft and warm to the touch.

I held his gossamer-soft ears, and gazed into those limpid pools and I bent close to his hairy visage. I said ,”It’s ok, boy, I still love you. We’re quits, you and I.”

And he chose that moment to grin doggily, and utter the loudest, longest, smelliest belch that ever passed any canine jaws in the history of mans best friend.

Thus, delivering an unequivocal message straight to that bundle of olefactory sensors, directly to the memory, and like a well-aimed arrow, ricocheting immediately onto my emotions.

Outrage found a new peak, that evening. And that cruel, indiscriminate memory manager, the hippocampus, has never let me leave that horrific moment completely behind.