The day before yesterday I slipped my son a fiver just before we stepped into a garden centre gift shop.

”No,” Felix, I said, maintaining a thumb and index finger firmly on the five pound note, “this is not to spend on toys. It’s for you-know-what.”

Dawn broke across my son’s puzzled brow, but the wolfish grin never quite disappeared. My daughter assessed the situation swiftly.

“Felix….it’s Mum’s birthday tomorrow and that’s for a present!” she hissed in a stage whisper, to attempt to preserve some mystery. I had already slipped her a tenner, for I have faith in her ability to select a stylish gift.

It is a sad fact that occasionally, when one has a busy husband who works his socks off in the city, one must be the funding agent for one’s own birthday.

For gift giving, goes the wisdom, is an art in itself; and sometimes we teach children to make gifts themselves, and sometimes we equip them to buy a gift from a shop, because after all, that is what we would like them to be doing independently in later life.

Thus I had got just enough money out to give to my children to shop for my own birthday.

We lunched and browsed. Maddie ushered me away while we were in the pet shop.

This in itself was disconcerting. Would she hand me a moving parcel the following day? My love for hamsters is well documented and the children both adore my tales of my student hamster, Ben, who travelled in a small travel compartment back and forth with me to university.

Erk, I thought, and wished instantly I had not given Maddie enough to fund a four-pawed purchase.

My son was cruising the books. Most suitable, I concurred approvingly, and kept a discreet distance, busying myself among the pink and cream enamelled gift buckets and cat door stops.

A few minutes later the children had to all intents and purposes finished, but for one last request to go and see the tropical fish.

We gawped at neon tetra and angel fish and guppies and such. Felix stared with unrestrained admiration. If that fiver was not already gone, it was being fingered by a fish prospector right this moment. “When I grow up,” he ventured with unwarranted authority, “I want to have a fish tank.”

Sagely, I offered him the tale of every fish tank I have ever known. Felix, they are a little corner of death’s dominion on earth, I told him. Fish love to eat each other. Nature red in tooth, claw and fin, so to speak.

When we bought our house the delightful Cornish couple who sold it to us waited until we were speeding down the A303 towards our new home to tell us they wouldn’t sign the contracts until we had paid £500 for an outrageous built-in tank.

We hated that tank. The overbearing angel fish inside ruled like Stalin: every now and then it would turn its cold fishy stare on another fish in the tank and the following morning, the poor unfortunate would be gone.

A year later we were moving again, this time with a contract which specified decommissioning our expensive acquisition.

Son, I said, as we stood by the fish, think very carefully indeed before you get a fish tank.

We trundled home and the day wore on. Phil brought home stiff card and the children were dispatched upstairs to make cards for the morrow.

I woke at 5:30 with a head full of to-dos. For the family was decamping to a hotel in Oxford as my birthday treat. Dogs must be walked in the forest and then dispatched, cat left with mountain of chow, bags hurriedly packed, gizmos charged and ready for action.

My daughter appeared with beatific smile by my bed. “Happy birthday, Mummy! Would you like to open your presents now?”

She passed me a lovely card and a blessedly inanimate package, inside of which nestled sundry small cloth mice. One had a string pull which made it vibrate. Clever girl.

And in came Felix with a beautiful card. A tall tree with me at the top, smiling. That boy could charm the mothers out of the trees.

I opened it. Felix grinned wolfishly. Slipped inside, with the largesse of some grandiose uncle or other patriarch, was the five pound note. 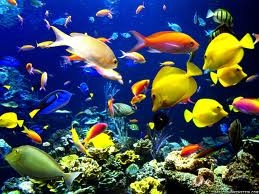