I stood in the  cathedral listening to the guide rambling on in that strange half-light which exists in such places.

My daughter stood next to me.

“Mummy,” she said, presently, as the monotone lulled us all amongst the hushed whispering acoustics, “Would you mind if I went outside to the market?”

My heart hammered as the psychologists predict it will do on such occasions. Outside the cathedral was the gaggle of a feria: the courts were not in session, slaves were not obliged to work, so to speak. The Punch and Judy show was a attracting hordes, and the craft show had tented stalls running beside the cathedral with an Aladdin’s cave of creations to choose from. My daughter is 11.

I took a deep breath. Let go, I told my heart sternly.

“Do you have your phone?” She nodded vigorously.

“Go on then. I’ll call you when the guide has finished the tour.”

And she disappeared down that towering ancient aisle, a tall young foal receding in amongst all the other vertical lines of the place.

Somehow, I couldn’t concentrate on the guide’s words any more. She was full of the fascinating, but I felt suddenly shiftless. Reluctantly – such a tour is like a pretty string of pearls to me- I began to scan for a good time to melt away from the group.

I scanned the vast crowd of celebrating souls and  she slipped into view holding a package and a beam from ear to ear.

She had seen me eyeing up the hares by Devon artist John Hilder as we walked by that stall earlier.

Beautiful rangy, bony hares, long-eared, with the hare’s combination of calm and pent readiness, it was one of a series of pottery figures sat in amongst the tents. But we don’t buy anything but necessities these days. I had looked longingly and taken a business card.

My daughter had gone back. She had money left from a recent trip away, and she had bought a hare.

And now, as I write he is sitting on my reference books staring with a  level stare as I try unsuccessfully to wrap him in words.

The hare is an ancient soul running fleet as the wind through our legends and tales. He sticks his nose round the lintel of this cyberplace quite regularly, because he runs deep through the psyche of the Englishman.

Reaching speeds of up to 45 miles per hour, changing direction in an instant or diving into a stream at the sight of a predator, they are not tied to a home range.

I have written before about the strange symbol of three hares which appears in so many places in the west of England. There it was again at the Cornish house of Cotehele. Three hares with interlocked ears in a tight circle.

A 2004 study – the Three Hares Project -traced this strange symbol, which has threefold rotational symmetry and interlocks in the manner of a puzzle. It  seems that it appears along the old spice routes: first in seventh century cave temples in China, in Mongol metal work and on a thirteenth century Iranian coin, on a reliquary from Souther Russia: and so across Europe to England.

Always expressing not just peace and tranquility, but also the unbearable lightness of being. The paradox of being at great peace, and yet poised for action.

So: our hare is quite the traveller. It is not attached to one place.

It has bewitched a swathe of the world. 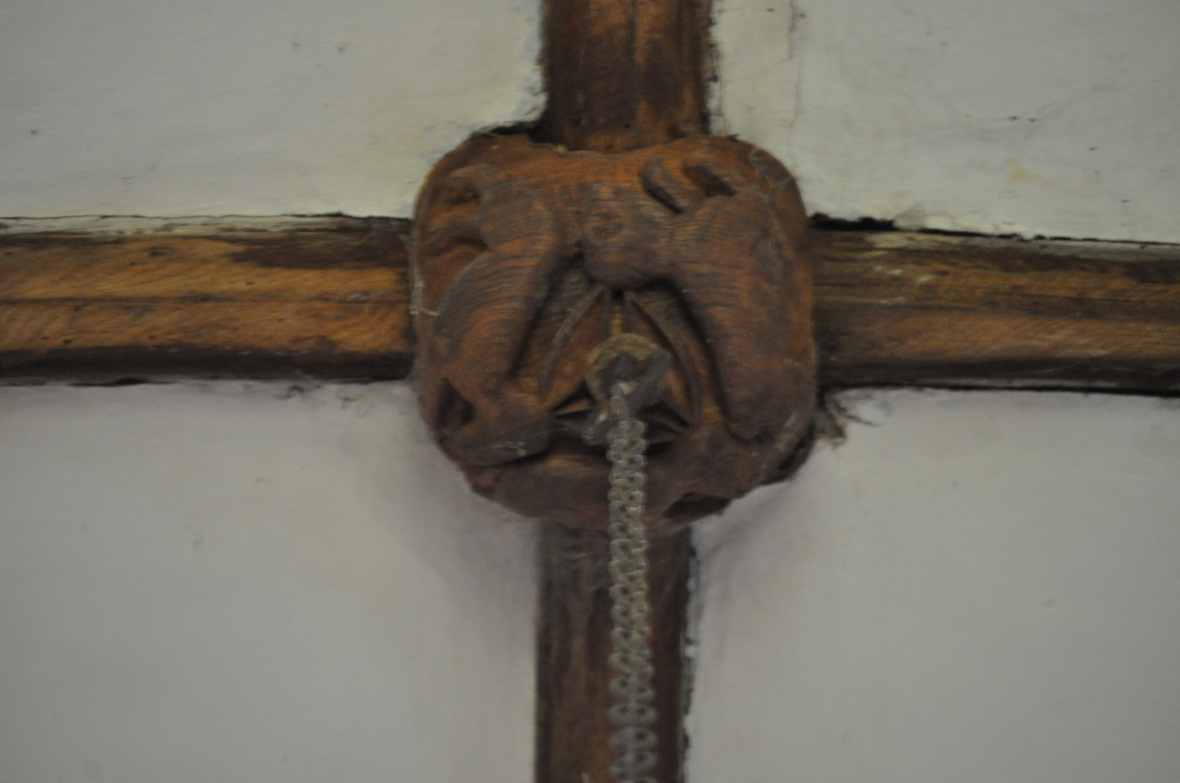 47 thoughts on “The Journeyman Hare”