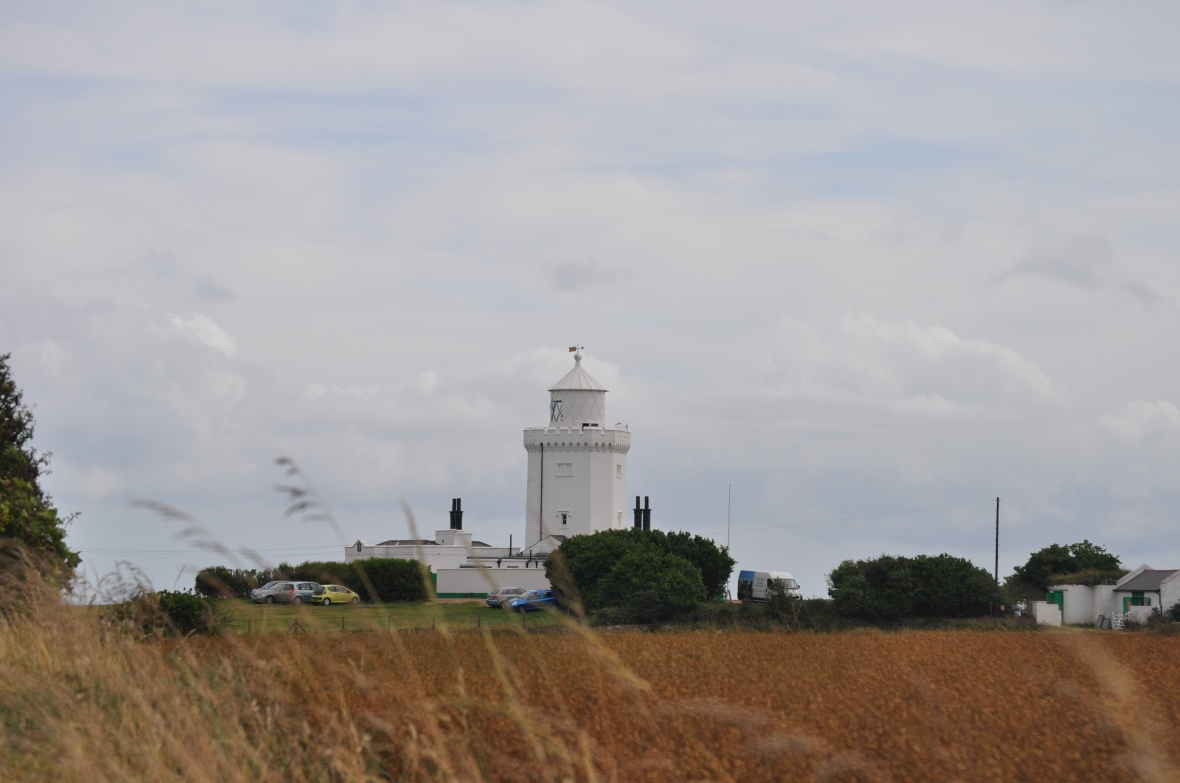 A strange and lonely business, lighthouse keeping. And one with a crushing burden to bear.

It does not help when ghost ships appear out there on the waves to whisper up to the bleak towers of past disasters.

What are lighthouses, but an attempt to warn mariners  away from error, to focus the concentration of a weary sailor who has almost made it to land, to prevent fatal, irreversible mistakes.

For who would drive a ship onto the sands on purpose?

The Goodwin Sands is a ten-mile sandbank which guards the narrowest part of the English channel. It lies six miles off Deal, in Kent, and is guarded zealously by a great white light house which stands on the White Cliffs at South Foreland.

It has claimed some 2,000 ships since records began, and countless lives.

In February 1748, a schooner continued its journey to Portugal, past the white cliffs.

The captain, John Reed, had just married a beautiful wife.

He had brought her along for a honeymoon. And her mother. And all the wedding guests. It was to be a jovial voyage, his first as a married man.

It was perhaps unwise to bring the first mate along.

For John Rivers had always held a candle for the bride. Indeed, he was passionately jealous. Just how much his captain knew of this is uncertain, but Rivers’s actions revealed he would go to any measures to put an end to the happy couple’s future.

It is said that as the ship neared the Goodwin sands, something in Rivers snapped.

He unhitched a huge belaying pin – something which secures rigging – and bludgeoned the helmsman’s skull until he fell from his place at the wheel.

And then Rivers took charge, steering the Lady Lovibond hard over until with a sickening crunch, it hit the sands.

That sound must have reverberated upwards to William Knott, posted in the lighthouse. One never forgets the sound of a tragedy. It seems obscene that the sounds of everyday small mishaps like the dropping of a glass or the breaking of a box can be shared by the great life-shattering events, by a great wrecked ship disintegrating in the forces of a lawless sea.

Poor William. to hear the cries and be able to do nothing. His only weapon was his light, back then in 1748. Every 50 years, it is said, the ghost ship sailed again, out there in the English Channel.

William was the first of a dynasty of lighthouse keepers who became more potent as technology came to their aid.

The Knott family is one of three famous lighthouse keeping families in Britain. The other two are the Darlings (of Grace Darling fame) and the Halls. The three families intermarried, and shared the trade and the expertise and the crushing responsibility.

William would not live to see the wonders of the modern world, but  his descendant, Henry Thomas Knott, lived on at the light house until 1877.

This lighthouse is special. It was here they first tried out electric lights; here that Guglielmo Marconi experimented tirelessly to send messages to France using radio waves; and here that the first ship-to-shore distress message was sent after a steam ship ran into the lightship at Goodwin.

The lighthouse at South Foreland closed in 1988. And yesterday, as the mists closed in over the channel, we went to see it.

A lovely pale Victorian sentry, it almost blended with the mist. Its interior uncompromisingly utilitarian, I can only conclude that lighthouse keeping women did not deem decor necessary, in the face of all this life-saving. It is far away from everywhere, from towns and villages, down a gravelled track to the cliffs. The wind whistles round its head and it holds its own.

51 thoughts on “Of Ghost Ships and Lighthouse Keepers”