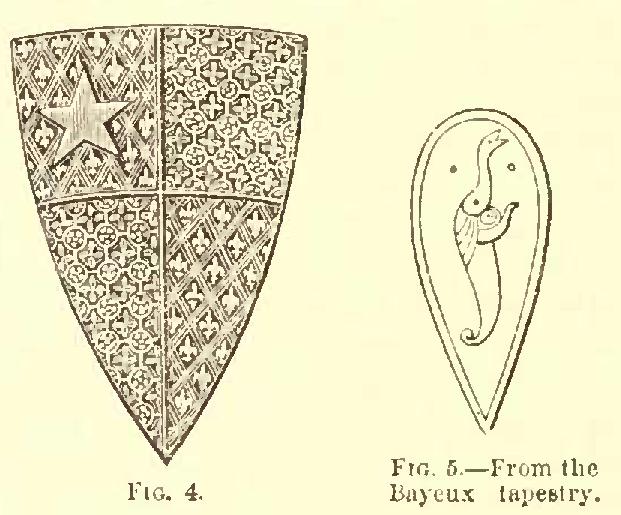 Perhaps you will have watched The Devil Wears Prada.

Über-fashionista Miranda Priestly, one of Meryl Streep’s most implacable creations, stands at a charity benefit whilst the great and the good come to pay her homage.

Beforehand, her assistants Andrea Sachs and Emily Charlton are given books of contacts and photographs. Their task: to learn faces and facts about them. When anyone approaches Miranda they must whisper discretely in her ear the identities and salient nuggets of information so that the great lady herself can appear encyclopaedic in her knowledge of every acquaintance.

But senior assistant Emily has a stinking cold and forgets her lines. It is the new girl, Andrea, who comes up with the goods. And proves herself the ultimate accessory for a VIP: a thinking aide.

Old-style heralds were not just advisors to the powerful. Once they crossed bloody battlefields.

These days we might call them diplomats. Monarchs and noblemen would hire them to take messages, wearing a tabard bearing their master’s coat of arms. They recognised the person to whom they would deliver by their blazonry; the colours, patterns and symbols on their coats of arms.

Shields bearing arms were not much in evidence at Hastings in 1066; but a little over 100 years later Richard I was sporting a lion. And already we are into the strange linguistic world of blazonry: for it is a lion ramping towards the sinister side: or standing and pawing to the  left.

Different lines represented different  aspects of a warrior’s character – a wavy line symbolised sea, an embattled line (which looks like battlements) for a fortified town.

Pictures: don’t get me started. The symbols refined a warrior’s on-battlefield persona to reflect him exactly, from the bat which symbolised the powers of darkness, to the bay leaf which represented poets and the victorious.

A brief look at A Roll Of Arms of the Reign of Edward II is a dizzying introduction to identifying the powerful in those days.

And heralds knew it all.

The French and English heralds, it is said, stood on a hill above Agincourt and watched the whole thing, identifying every warrior though his coat of arms.

In those far off days, in the art of blazonry, colours told the shade of a man’s heart.

Black was sable-black, says Brewer’s Dictionary of Phrase and Fable. It represented prudence and wisdom and constancy. Blue represented the warrior known for his chastity, his loyalty and fidelity.

Green revealed the nobleman of love, joy and abundance; purple denoted he of temperance.

Blazonry has two reds. How they told them apart on a bloody battlefield I will never know. Gules was the red of a traditional piece of fur which sat at the throat. It is sometime called ruby-red, or Mars-red. It means the arms-bearer is magnanimous.

The second red is sanguine, a reddish brown colour of the chalk for which it is named. It is said to be the colour of dried blood, and a man with it on his shield has great fortitude.

The bearer of a shield with white denotes the innocent and pure; yellow, faith, constancy and wisdom and glory.

It does not need much imagination  to see how vital every detail of this knowledge was. One slip and the wrong person gets the message. The life of both herald and recipient, at the very least, were at stake.

And all this vast array of knowledge was stored in in one place: the herald’s head.

It must have made people easier to read.

Perhaps we should colour code our key players today.

A response to Side View’s weekend theme: Colours; which you can find here

Picture sources Wikipedia and the 1911 Encyclopaedia