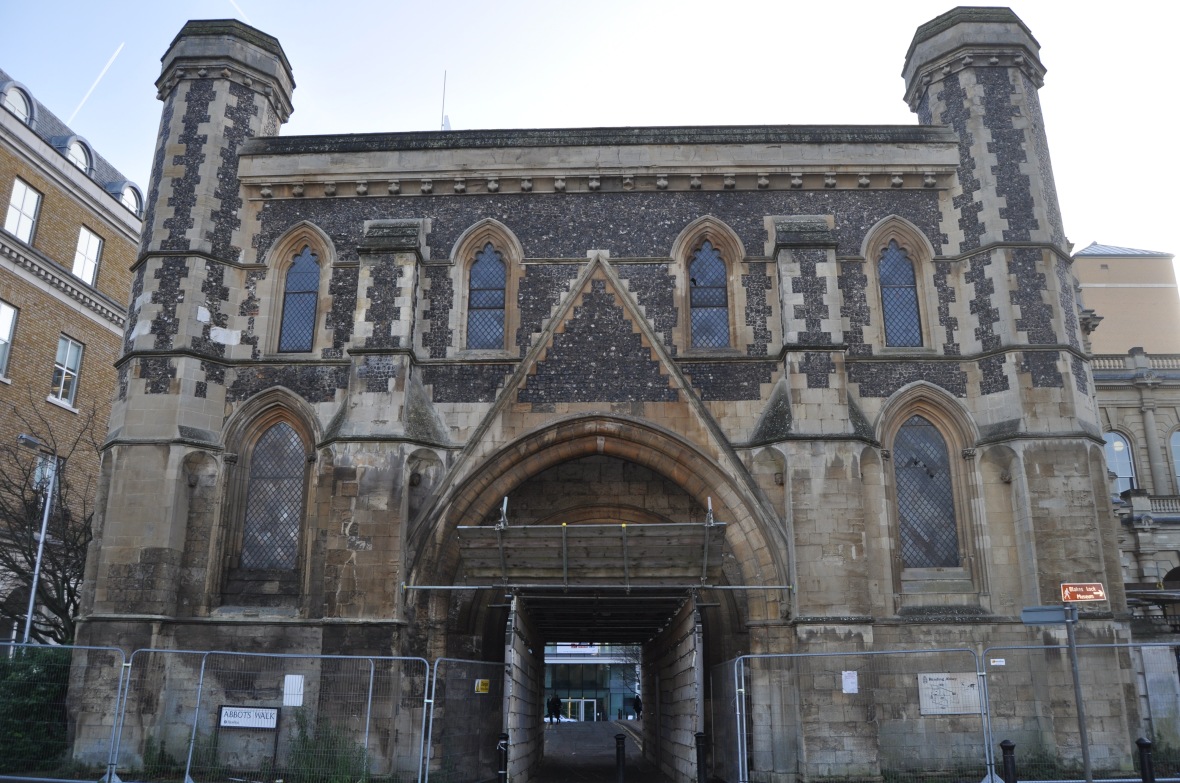 “Time,” said theoretical physicist and inventor of the term ‘black hole’, John Wheeler, “is what prevents everything from happening at once.”

History is like a series of long-exposure light trails, each made by a life on this earth. And if you follow enough of the trails you get to see connections you never thought possible in your wildest dreams.

I found myself in a big fat capitalist Berkshire market town today. I would rather have headed for a winsome cathedral city or some extravagant palace but errands must be done in Reading.

And after I had completed the errands, I began to look for long-exposure light trails. Reading has many: because it was a coaching town. People passed through here, for a thousand years, from the North to the South, from the East to the West.

Someone began, in the nineteenth century, to try to trace the trails: a doctor, Joseph Stevens, who retired from Hampshire to Reading and spent his retirement years curating, unpaid, a growing collection of evidence of the past in the town. He never received a penny in payment, yet he filled the town’s museum up with glimmers of light trails from the past: an abbey pillar, a scold’s bridle, a workhouse door, a shard of pottery.

Someone used them all, once, separated, painstakingly, by time.

In the twelfth century a grand and lavish abbey was built next to the river by William the Conqueror’s grandson Henry I. He is buried there. A hundred years after its construction, some monk wrote a round, saluting the coming of Summer. And separated only by a thousand years we sing it today, too: “Summer is icumen in”. You can listen to it here.

A further gap of 500 years: and a nine-year old girl skipped towards the abbey gate with her sister. But the abbey itself was long gone, dismantled by a former tyrant, its final abbot hung, drawn and quartered in 1539. By the time little Jane Austen got here with her sister Cassandra, the waters had closed over the tragedy which had haunted the place. It was now a boarding school for young ladies.

Not the most conventional one.

The school was run by Mrs La Tournelle, whose real name was Sarah Hackett.  The French name convinced parents of prospective pupils that decent French must surely be taught here. Mrs La Tournelle was described by another pupil as a good matron, stout and active, which is interesting given that Jane’s teacher had a false leg made of cork.

Lessons, oddly, only happened in the morning. In the afternoon Jane and Cassandra and the other pupils were let loose on the common land opposite. These days it has been a park for more than a century. Then, it was wild land which was used for drills and parades, fairs and circuses.

Jane stayed a year, no more.

That was in 1785. Over a century later a world famous personality was transferred to the town’s gaol: a Cruciform, Victorian fortress of correction next to the abbey ruins. They were devastating months, the ones Oscar Wilde spent in Reading.

In his Ballad Of Reading Gaol he speaks of the Reading sky: “With bars they blur the gracious moon, and blind the goodly sun: And they do well to hide their Hell….”

Oscar’s light trail took him far away from this place, and so did Jane’s. It was a coaching town: it took light trails hither and thither, north to south, east to west. Many passed through, and we have only lit on a few.

Time is a most accomplished operator, to keep it all from happening at once.

29 thoughts on “Wilde, Austen and some anonymous monk”