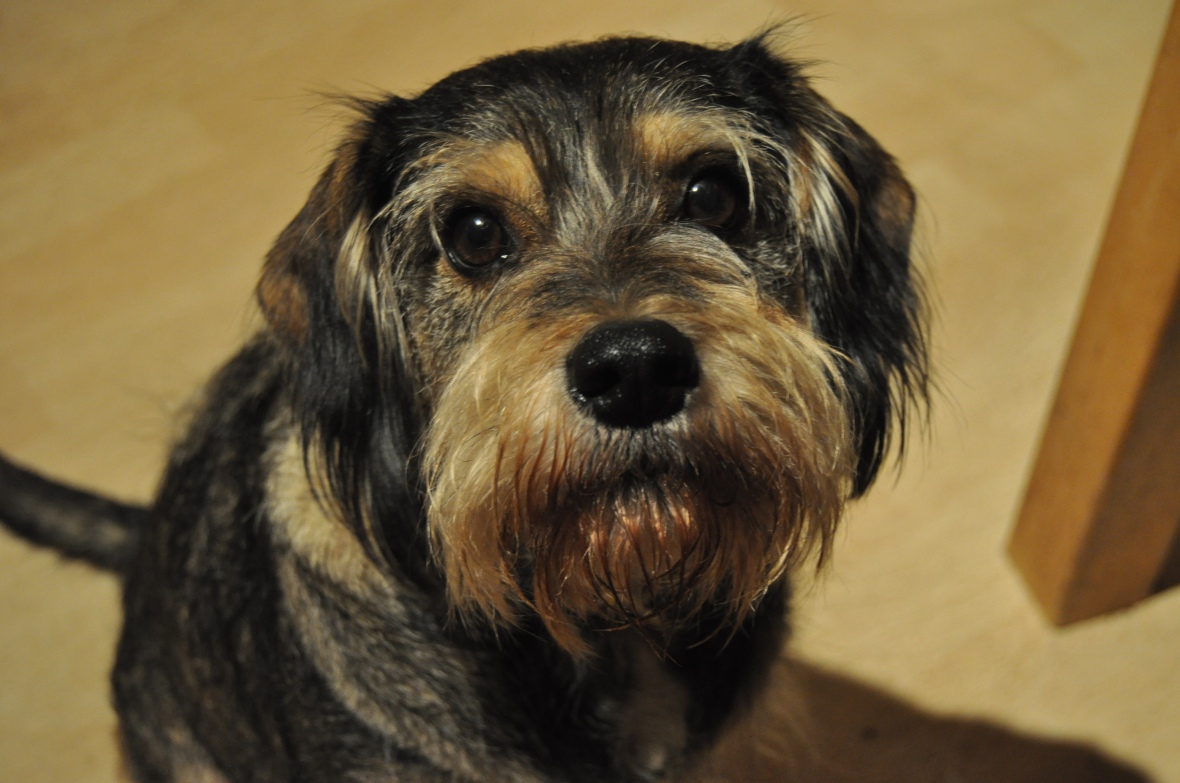 We have had a disastrous dog policy in place for a couple of months.

It all began when the cat,now no longer an impish scrap of a kitten but a large, muscly puma of an animal, was allowed to help himself to sofas and beds.

The last feline incumbent, who gloried in the name of Kit-Kat but was in fact Satan reincarnate, had laid claim to this privilege when she was a very small cat. Anger was always her thing. When Phil and I went on holiday and Phil’s affable friend came to cat sit, many years ago, Kit Kat claimed his bed early on in the stay.

The friend tells us that when he approached the bed, Kit Kat “got bigger.” And he decided hastily to make another bed and sleep somewhere else.

Our old cat, a tortoiseshell, was Fury herself with unsettling piercing eyes. One stare could fell a grown man. And we knew that Kit Kat “getting bigger” must have been a terrifying ordeal indeed. Better by far to leave resident evil to sleep on the spare bed, and find another room filled with sunlight and virtue to make one feel better.

This explains the traditional feline rights accorded to cats in the Shrewsday household. Those rights are ancient, and were carved out by a minor mediaeval demon out of its time. And the present cat, Clive Bond, inherited those rights.

Lesson in doggie intelligence number one: terriers are unable to generalise. Macaulay arrived in the household when Her Royal Evilness was at the height of her powers, aged 12. Her sinister powers were fully matured. The dog knew immediately that of course she was inherently to be dreaded and respected, and naturally she should have superior rights to soft duvets and pillows, and sofas of the finest chenille.

When the cat departed, the silken threads laced with iron which marked her rule were loosed, and the dog was bereft. He pined. He was very sad. He took us by surprise, because had we been a small terrier trapped beneath her tiger paw we we would have been cracking open a particularly fine vintage of forest water and toasting her demise.

So we did the obvious thing: we procured another cat.

This cat is different. He is a bloke. It’s obvious. He is not evil, but affably sharp and pointy . He plays with the dog. Clive Bond is a contemporary. To Macaulay, indeed, Clive is the Last One In.

Which, in a dog’s book, makes him inferior.

So why was the family letting this honorary dog, this cat with the heart of a puppy, onto the bed?

The unkindest cut of all was that this impudent pup still had a cat’s superiority complex. He would sit on the highest part of the cream chenille sofa and gloat unbearably.

Not fair, the dog thought.

And this dog is particularly good at communicating his feelings. The cat would get up and Macaulay would Do Outrage, and up would come waves of it from the doggie bed in the corner of the bedroom.

So: being foolish human beings, did we re-train the cat?

Oh gracious, no. Please, No. Training the cat is something like a circle of hell: say no, loudly, remove from bed, turn away for a second, and there’s the cat on the bed again. It would be a remorseless, thankless endeavour.

No. We thought: aw. Poor dog. Let’s accord him bed rights.

The dog took a while to believe us. Me? Up there? Seriously?

But eventually he acquiesced and it became a habit.

Every morning I would romp him round a quaggy forest, and he would dip his paws in mud and sand and detritus alike, and what would he do when he came home? Jump on the bed.

I have become accustomed to walking in to see pristine cotton pinstripe (we’re very City here) besmirched with dog paw prints, gritty with heathy sand. I am changing sheets every other day. We have blundered inadvertently from one circle of hell to another. Satan’s menagerie has us in its grasp.

After  a month of this my worship of the God of Consistency has come to a close. So what if I retrained the dog to jump on the bed? I have resolved to retrain him right back to his old behaviours with all speed.

The dog is reproachful, but he knew, deep in his doggy being, that permissions like that could never work. He is philosophical, there on his doggie bed, with the cat  gloating from  the highest point of the sofa.

He knows his place.

77 thoughts on “Making the Bed: the Canine Way”