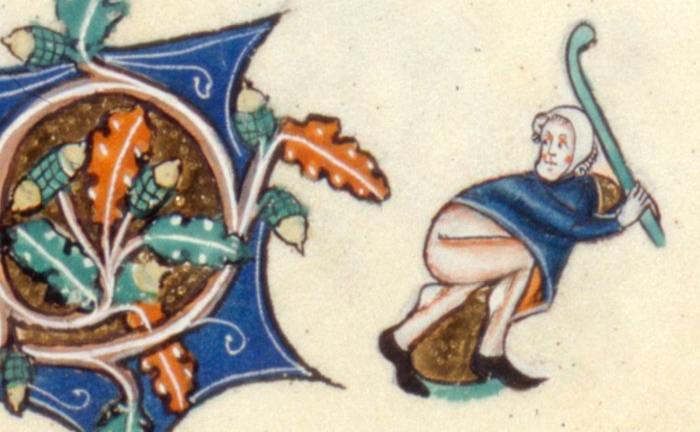 When the spectre of hunger has shrugged its shoulders and shuffled off to the nearest village; when the wild boars and brigands are separated from you by a nice thick wall, and there is wine in the cellar; why, shouldn’t life be complete?

One would think so. The countryside of England is littered with the crushed remains of one set of institutions which could do this for you, back in those grim middle ages.

The Holy Church- in particular, the Benedictine order- was wealthy indeed. To those who had, more was given; they had monasteries set up in all the most advantageous places. Mother church controlled water mills, fish farms, crops and liquor. Rich men feared for their souls and bought eternity with fat donations.

Life for a monk, compared to the villagers down the road, was incredibly comfortable.

It became so that all the chores of the monastery were done by servants and ‘lay brothers’- men who lived in the community and did manual labour. The monk was left to his monastic timetable:Matins at midnight, Lauds at three in the morning, Prime at six, mass. At noon, Sext, at three, None, Vespers at six, Compline at nine, and round and about again. With never more than three hours sleep, the monks would carry out tasks in between the daylight services.

The same four strong, well-built walls. The same routine, day after day. Fine for a mystic or a man of prayer: but if you were there to keep clothes on your back, oh, how tedious the whole thing could become.

Is that all there is? goes the song.

And for many monks, it was. They survived. They fed well. They worked. It was a life.

The power structure in these places was iron. An Abbot would have a Prior as second in command. And then monks could rise to become doctors, or archivists, or tutors.

Rich men would pay monasteries to create gorgeous volumes in their name as another passport to immortality. And the monks were trained to copy bibles and psalters, illustrating them with stunning embellishments.

The Scriptorium was the room where they worked. Often ill-lit, writing was to be an act of prayer. the scriptures were read out continuously, that they might become second nature to those who copied them. And according to a Prior from the tenth century – quoted by Germaine Greer in The Obstacle Race – “Only try to do it yourself and you will learn how arduous is the writer’s task. It dims your eyes, makes your back ache, and knits your chest and belly together. It is a terrible ordeal for the whole body.”

In this spiritual straitjacket, copiers lived their lives.

But there was one sure way to rebel, silently, without attracting the attention of one’s superiors.

Look very carefully at the margins of books created at the time, and you will understand. Is it any wonder that the embellishments of the manuscript became at best secular, and at their sauciest, impishly naughty?

My favourite example is The Gorleston Psalter, originally the property of the village church of the same name.: you can find a glorious digitised copy at The British Library here.

Written in at least three different hands, it is earthy. And barbed, and rebellious. But only if you look closely at the tiny illustrations. We will never know how such images came to inhabit a prayer book. But we can conjecture. Some illustrations poke fun at the reader: 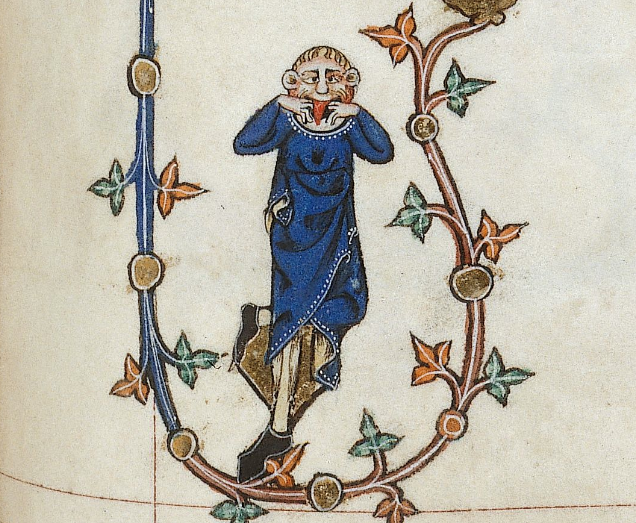 …whilst others are merely whimsical and fantastical…. 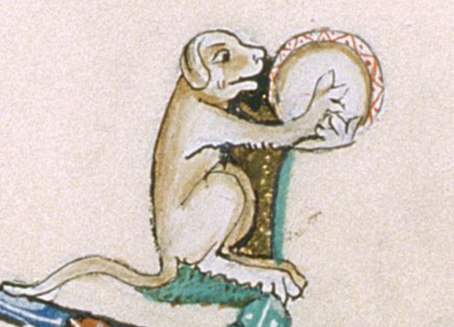 ….and still others are very, very naughty indeed.

Monks loved drawing people showing their bottoms. It was a feature of manuscripts at the time. It thumbed a silent nose at the boss – whoever one might interpret that as being.

And bawdiness passed the time of day.

57 thoughts on “The monks who liked to draw bottoms”