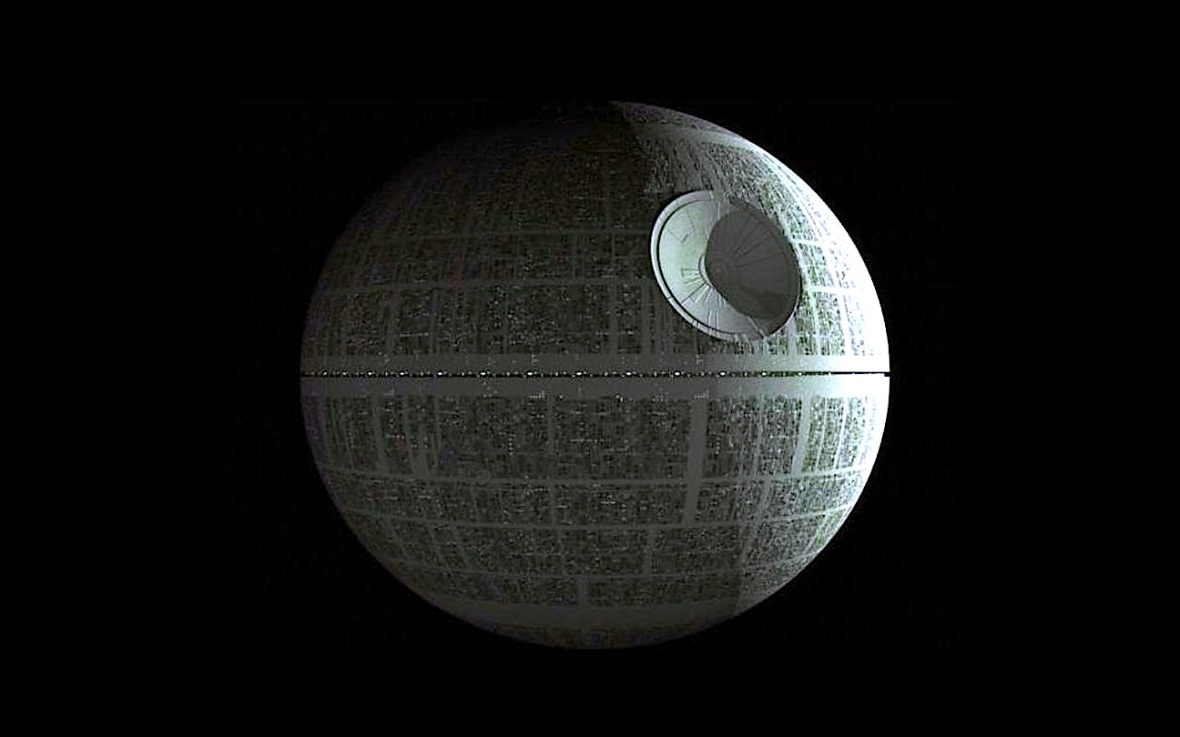 So there is a ready-made answer to global recession.

And that answer lies in space.

By now, you will probably know that The White House has rejected an unusual proposal from John D. of Colorado, who has managed to rally thousands of Americans to request an unusual form of New Deal.

If we look back to Franklin D. Roosevelt we must own that the request follows a well-trodden path. A short, sharp reprise of the Civil Works Administration of 1934-5 might be just the trick to get the mojo of the American people back.

Chief of the White House’s Office of Management and Budget’s Science and Space Branch, Paul Shawcross, was forced to reply because the number of signatories on the petition – lodged on the ‘We The People’  governmental petition site – was 35,000. This exceeds the 25,000 which automatically trigger a response from the site.

“The Administration shares your desire for job creation and a strong national defence, but a Death Star isn’t on the horizon.” Shawcross responded.

That’s a lot of money. I have never heard a quadrillion used before.

But Mother Russia has.

And its quadrillions, too, are inextricably linked with space. Their quadrillions have been muffled beneath a Soviet security blanket for years and only in September of last year (2012)  did they come to light.

Accidents happen. And one which must have created quite a stir on this little globe happened about 35 – 37 million years ago when a great big asteroid estimated to be between five and eight kilometres across had a bust-up with Siberia.

No-one messes with Siberia and wins, I hear you say. But this asteroid managed to dig a massive crater in the surface of the unforgiving region. The impact shock had an astounding effect on the graphite which was present in the ground there. For a stretch of eight miles it turned the mineral instantly into huge, high-class diamonds.

The 62-mile hole in the ground is a grand old hole now, and glories under the name of the Popigai Astroblem.

And it is stuffed, to the gunnels, with industrial strength diamonds worth quadrillions.

Russian premiers since the 1970s have had the place classified, but mined it remorselessly. They sat silently on the hole, not telling anyone where their endless supply of diamonds came from.

But now the secret is out. Russia has its quadrillions. Perhaps it could use them to build a Death Star.

It is worth noting that the Popigai Astroblem is only the seventh largest asteroid crater on earth. It may, they say, have formed simultaneously withe the Chesapeake Bay and Tom’s Canyon craters in the USA.

Could there be a Death Star’s worth of diamonds nestling somewhere in Uncle Sam’s back yard?

And so: untold riches may be caused by asteroids. Thanks to the abundance of space, we could fund a space-based New Deal.

Someone re-word that petition.

And get NASA on the phone.