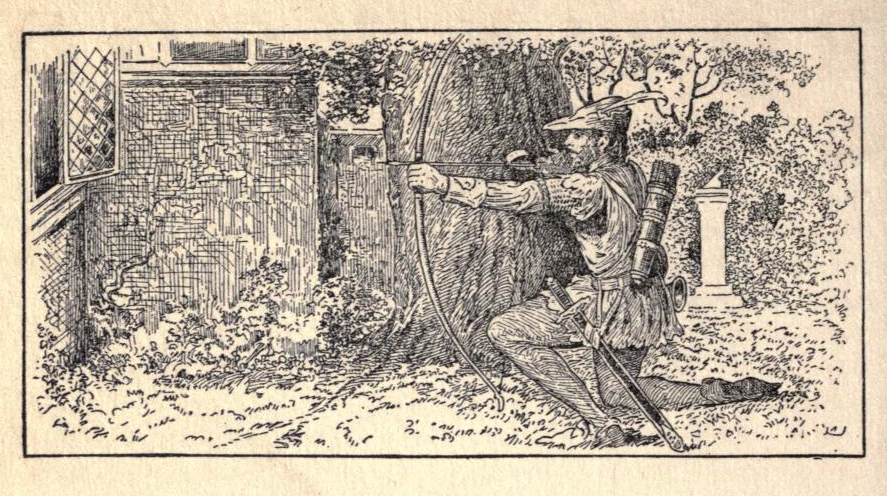 When we pick up a book and begin to read, should we finish it, come hell or high water?

Or can we be permitted to discard a book before its finish?

This morning, as every morning, Felix fetched his book after breakfast to read me a story. I read him one in the evening, he reads me one in the morning. That’s the deal.

A short while ago we finished David Walliams’ Billionaire Boy. It is a wonderful, exuberant book. When Felix read the last page, we heaved a sigh and stared at each other, agog. We had been on an adventure.

The next book that came home promised Errol-Flynn style swashbuckling. It was called, simply, Robin Hood.

Whose heart would not quicken at the tale of Robyn Hode?  The shady outlaw-hero whose name has been sung in ballads and stories since the thirteenth century?  We adore a handsome clever leader who subverts the law to achieve its true aim: justice.

And with Robyn comes a cast of characters who seem to have always been with us, and a set of values which play like a pantomime. Robin Hood, who robbed the rich to feed the poor. Robin Hood and his girl Maid Marion, and Friar Tuck and Little John and Will Scarlet and the Merry Men. We know the whole thing by heart.

Yet like all legends this one has come together piecemeal. The name murmurs out of our earliest legal records, the same name, ‘Robinhood’, ‘Robehod’ or ‘Robbehod’, would pop up, linked to places as far apart as Berkshire and Yorkshire. Robert Cecil once called Guy Fawkes and his men Robin Hoods. Ballads written in English as baffling as Chaucer’s, tell of his deeds and add accomplices: Little John first. Old French ballads pair Robyn with Marian. Friar Tuck appears in the stories as late as the end of the 15th century.

It’s a web of would-be’s, a yarn to be told. A tapestry of sparkling tittle-tattle.

So when I looked at the author of Felix’s book and saw it was Antonia Fraser – Pinter’s wife, stunning academic, historical writer extraordinaire: well, you can imagine my hopes were high.

We have been reading for weeks now. And it feels like months.

Far from being sparkling and compelling, Fraser’s version of the antics of the men in green is pedantic. To us, it feels dull.

My antennae went up when Fraser included  ‘zounds’ as an exclamation. Meaning God’s wounds, it surfaces in the English language around 1592 according to Mirriam Webster, long after Robyn Hode’s name first appeared.

But we suspend our disbelief, because, well, it’s a fairy tale. Here lie our role models, those of whom we dream.

Felix was reading this morning and suddenly, with a few words, my hackles were on edge.

We were at the bit where Marian has been rescued from a nasty piece of nobility who wants to marry her. The Merry Men have ambushed her  and dispatched noblemen and servants. So she swoons.

When she wakes Robin tells her she is safe: she may go on her way.

She starts to weep.

“Oh, do not leave me,”she cries. “I dare not go any farther in the forest. One of my men-at-arms has fled and the other lies senseless. Let me rest awhile with you. I feel so weak and frightened.”

It was at that point that I thought: Felix needs another reading book. I wrote in Felix’s reading record, which travels between home and school: “Maid Marion is a wimp. Shame on Antonia Fraser!”

If you’re going to tell myths, then for goodness sake, get mythical about it.

And so I’m asking, once again: when we pick up a book and begin to read, should we finish it, come hell or high water?

Or -if it leaves you lost in the forest – or weak and frightened – are you permitted to wimp out?

Robin Hood, by Antonia Fraser, is published by Dolphin Paperbacks.

81 thoughts on “Reading all the way to the end”