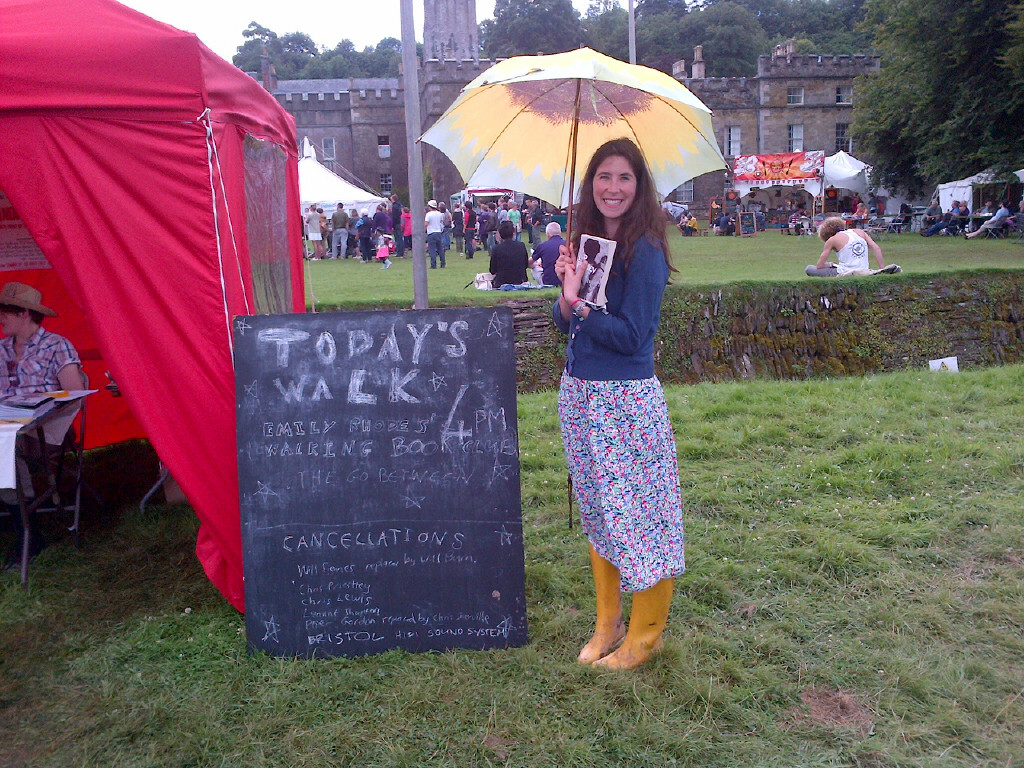 You can, I have learnt, scan your brain while you walk.

It is a tidy development, since the brain talks to itself using that very power supply. Synapses are the tiny batsqueaks* of electricity which communicate across junctions between brain cells. Surely they can get friendly with a battery somehow.

Lots and lots and lots of research has been done on humans asleep. Because that’s easy: they stay still. And so we know huge amounts about which parts of the brain are active as we slumber peacefully.

But walking? Out in the open air, with the birds twittering and the leaves reflecting green at you from every direction and the leaves and mud squelching beneath your feet and the smell of earth surrounding you maternally?

Yes, it is possible.

It’s called an ambulatory EEG. The electrodes are fixed to your head, usually using a cap, and then to a belt which you wear for days, even weeks. And the little box on your belt records all the activity as you go along.

The University of Oldenberg, Germany, has been trialling just such a cap on its university students. They want to make something which is cheap enough to use for experiments. In trials, students have been pottering about the campus in strange headgear, recording their brain’s activity. And in November 2012, the university concluded it had found a way of making a lot of these caps without breaking the bank.

But research on moving people is hard. Because the very act of moving makes it difficult to pick up the usual signals – the technical term is that they are ‘too noise prone’, or too open to interference.

Now the University of Michigan has solved the problem by using only certain frequencies to cut out noise.

And so the stage is set for a little experiment I propose.

A little while ago,I wrote about how vital great writing,- truly momentous stuff like Shakespeare and Wordsworth – is to our souls. Liverpool University’s Magnetic Resonance Centre scanned people’s brains as they read great writing, and concluded that it sets us thinking in a whole new way. It encourages us to reflect.

Reflection. Applying the lessons of humankind to our own lives. The search for learning and more: for true wisdom.

And this morning, very early, I woke in my Saturday morning frame of mind listening to a radio programme – Ramblings – which followed a set of people on a very special walk.

It was a walking book club.

Members read their books and then turn up and follow a lady called Emily Rhodes, who wears bright yellow wellies, on a fabulous walk: and Emily, a passionate lover of books herself,  -read her inspirational blog here – helps orchestrate a discussion on the book as they walk. Not before, not after, but during.

And so no-one’s competing over the best house in which to meet, or the nicest cakes to accompany the discussion. No-one’s dominating the discussion, because people walk and talk in clutches. No-one’s feeling awkward about what to talk about while meeting new people, because, well, you talk about the book, you see.

And by all accounts, the people who go on this walk count the days and hours until the next one. There is a passion in the air as the reporter talks to the ramblers, and the discussion – the incredible reflection which is going on – why, it’s something akin to that wisdom I was rambling on about.

So here’s my schtick.

Perhaps the Universities of Liverpool, Michigan and Oldenberg, and Emily of the yellow wellies might hook up.

Just perhaps, we might see what the brain does when people search, in a frank and unaffected way, during a lovely rambling English walk, for reflection. And, ultimately, wisdom.

*Thanks Lame, I had forgotten all about batsqueaks….

58 thoughts on “Walk that Book”