I have known what Side View’s theme is since Friday, and my mind has been flitting across the spectrum of simplicity, from my Quakers’ Meeting House which I visited during the week, to naive art like LS Lowrie’s, to the plainchant I used to labour over translating from its mediaeval notation into conventional Western notation.

And as I pottered round the house, picking each idea up like a cat with a toy and flipping it about and then skipping frivolously onto the next, I came upon Felix’s latest bath project.

Baths are serious businesses here in Shrewsday Mansions. Play there is some of the most relaxed and unhurried we get. If we listened to toymakers and their vast marketing departments, we could have a plethora of colour-shifting, shape-changing, water-shooting toys. The world of the bath toy has moved on so very far since the advent of the rubber duck.

But my son has beloved toys, and his mind, borne of generations of engineers, is perfectly up to divining which of his toys can tolerate daily dousings.

He has commandeered his beloved Playmobil Viking ship – a truly splendid toy – and he has recruited a cosmopolitan crew from his collection of Lego figures.

Thus a Star Wars Storm Trooper is on the same team as Thrandruil, Tolkein’s Elven king, and Bilbo Baggins, a non-specific security guard; and Robin. I don’t know where Batman is.

There are many who argue children should play with their toys the way the manufacturers intended.

But the simplicity of an unspoilt child’s vision, for me, using what there is, and mixing and matching to create a new game: it is beyond price.

I shall leave you with the creation of my daughter: whose friends experiment with make up and spend their leisure days at the shops. She is still besotted with owls. 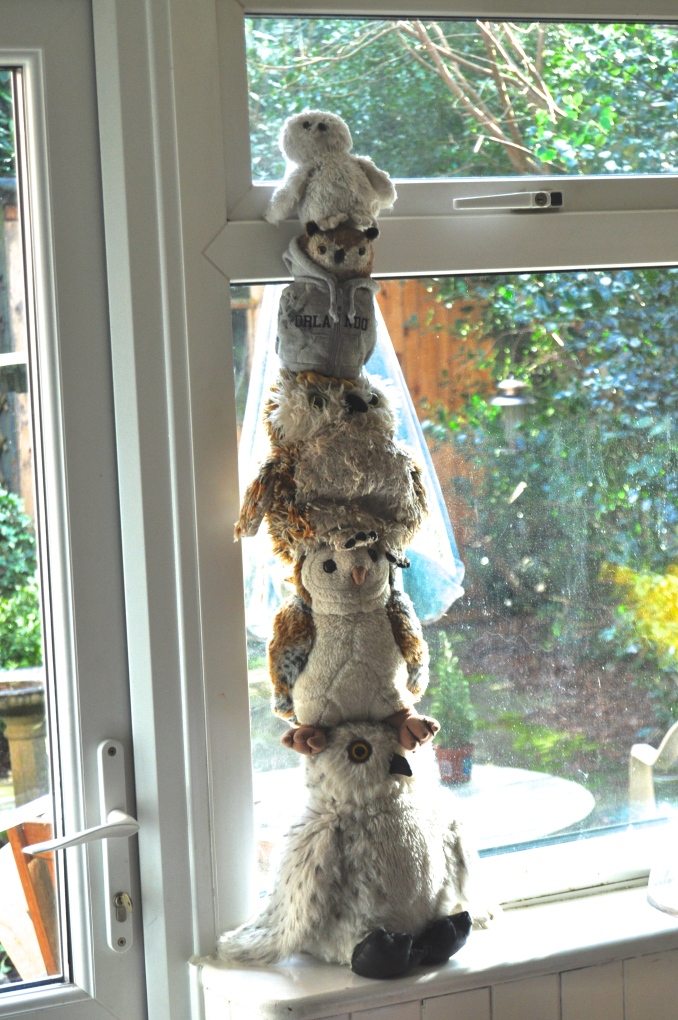