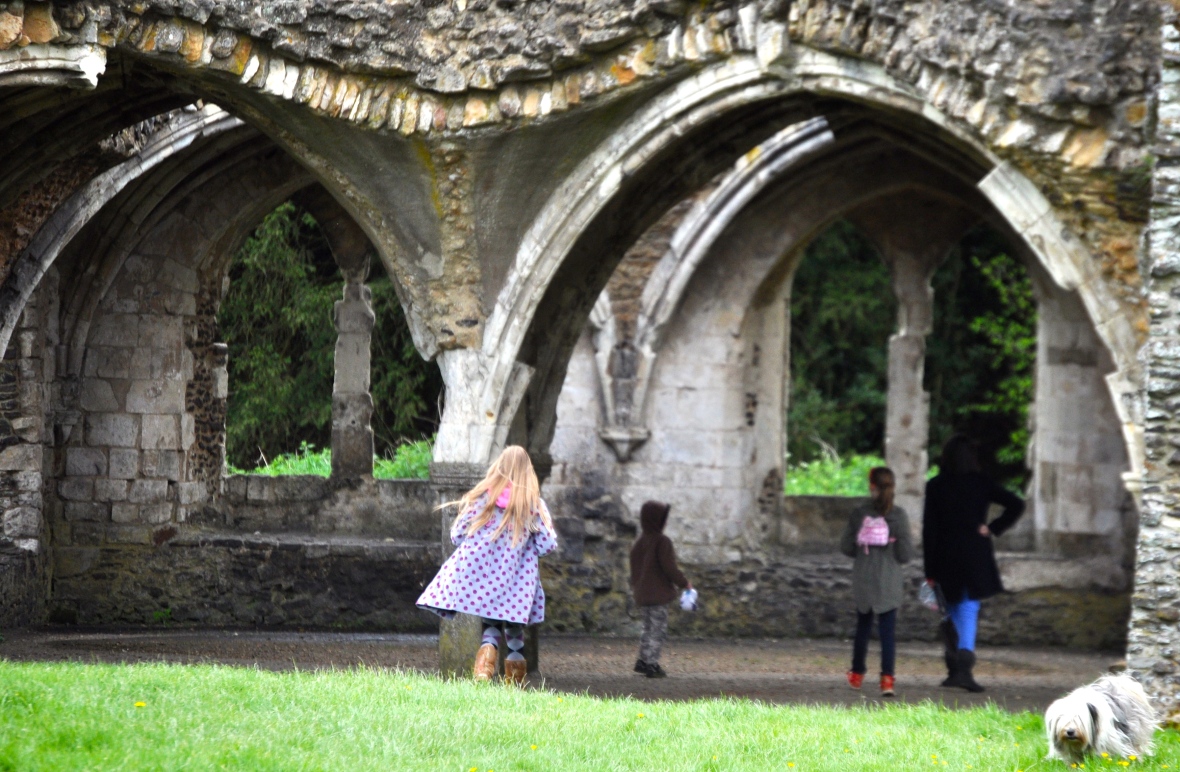 Gothic is favourite, even with five-year-olds, it seems.

My five-year old nephew, Big Al, knows what he likes and likes what he knows.

Little boys don’t like bracing country walks: they get tired and bored half way through and need finessing all the way home. Little boys love soft play centres, but it is rather frenetic for Al, who can get a little over excited  and forget that there are other people in the space he is using. Little boys fall into two camps on the whole petting farm thing, but a five-year old who is still into experimental tasting should be kept clear, I feel.

So what to do when I had Al and his sisters for a Saturday which promised to rain in the afternoon?

At 9:08 Al and his two sisters burst cheerily through the door.

“Where are we doing today, Auntie Kate?” Al bawled good-naturedly.

I thought on my feet. Not just a walk, but in the open; unmanned, so Al could charge around without censure and with his full measure of enthusiasm. And a tree to climb.

Ah. I had just the place. But we’d have to go in the morning, while it was fine. It was due to bucket at two. “Al, we’re going to a sort of ruined castle. Monks used to live there. A king knocked it down. And it’s by a river.”

We played a little and then piled into a car with snacks for later. We drove for 25 minutes. I took the wrong turning and carted everyone round an unneccesary one way system, and wondered whether to compromise and go somewhere else. “Shall we just give up and go to Farnham Castle? It’s just round the corner.”

A small voice came from Al’s seat at the back of the car.

“Have we been there before, Auntie Kate?”

So we persevered, and crossed a level crossing and finally found the ruined abbey by the river, virtually deserted except for ducks and a couple of dog walkers.

Al held my hand all the way along the river. And then, as soon as we had gone through the gate and past the ancient little stone bridge we turned towards the place which, almost five hundred years before, had been a bustling, powerful, self-sufficient monastic community.

Thing about Waverley Abbey, though: it retains a deeply gothic feel.

And as luck would have it, little boys love –  adore – gothic.

“I’m Harry Potter!” Al yelled joyously, as he charged headlong towards the vaulted ruins. “Come on, Hermione! Somebody make a film!”

Hermione, aka Al’s elder sister, Ella, obliged. I was promoted to cameraman. “Come on, Aunie Kate, you’ve got to film. Shout ACTION!”

That was enough. All the way round the stunning abbey ruins Al kept up a script, requiring one sister to answer periodically, the other just to be moaning Myrtle. The place, I realised, had everything a small child’s movie set needed: tunnels, great halls, fan-vaulted stone rooms, even a monster yew tree which must have been planted by the monks themselves.

It was an energetic visit. I found that after a while it did not matter whether I had the camera pointed or not: I could just progress things by bawling ACTION, then conducting my own business.

Eventually dinner beckoned, and we trailed back down the path by the river past the great house on the other side, and the fluffy ducklings.

“Can we do Harry Potter part 10 when we get home, Auntie Kate?”

Harry Potter sighed happily, jumped into the car, and put on his seatbelt.

It had been a gothic morning.

33 thoughts on “Harry Potter and the Monastery of Mystery: A Big Al Story”