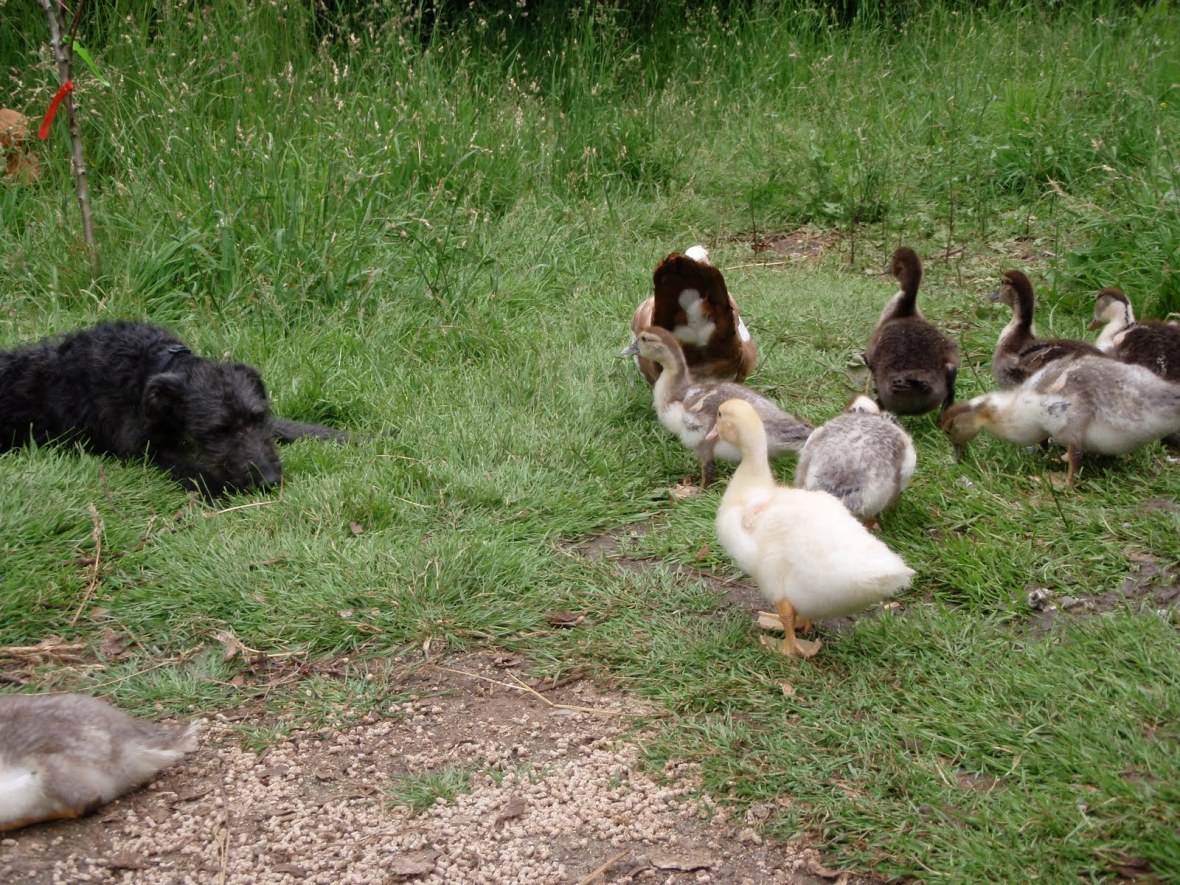 Picture from a fabulous blog called the Dark Creek Chonicles which you can find here:http://darkcreekfarm.blogspot.co.uk

So: is being chased a thrill?

Danny Bonaduce, American TV and radio personality, thinks so. “There is nothing,” he once proclaimed, “like turning on the radio and listening to the high-speed chase that you’re leading police on.”

Prince William has a different take on the theme: “Only mad girls chase me,” he is heard to have commented once.

Anyone remember Kit Williams? The jeweller/storybook writer who buried a treasure and made his book, Masquerade,  the clue-stuffed key?  He continued to make beautiful, haunting art suffused with story. in 2001 he used old Chinese records to reconstruct a ‘south pointing chariot’ – a legendary cart once belonging to the Yellow Emperor, Huang Di, which had an indicator which would point south, no matter which direction the carriage was headed.

On Williams’ version, heavy with symbolism, there was a painting.

It featured a woman, holding a hoop though which a dog chased a rabbit.

“The hoop is there,” Williams once said in an interview, ” to remind us not to jump through it, not to submit to someone else’s control. The dog and the rabbit are telling us not to chase unattainable material goals.”

It seems like only yesterday that I was wringing the hearts of readers with stories of refugee ducks. Macaulay, and every other dog walking in the forest, loved to chase them. The dogs are generally way too fat and privileged to actually catch them but they do, regularly, relocate them. And on my cycling adventures to the local shop, I noticed that a duck and two drakes had set up a comfortable residence in the local housing estate in preference.

So Mac and I, we go up to the forest every morning and every evening. And I noticed that far from running away, the ducks were beginning to flaunt a strange habit indeed. For their place of repose, instead of choosing one of the many out-of-the-way haunts available, they were selecting the main forest path, a great wide veritable highway of human and canine activity.

We’d emerge on top of the fort to see them, sitting. Could it be? Were they waiting?

Mac’s eyesight isn’t what it was, and he would spot them late; but as we got close he would perform the obligatory charge and the ducks would wait until the very last-minute and then take off and fly in a lazy circle around the fort’s flat top.

And they would alight somewhere just as outrageous further up the path.

The ducks which did this were only drakes. Lady ducks did not seem to go in for it. In fact one day I came across five drakes, all waiting on the path for some mutt to bring a little colour to their lives.

It is just possible that those drakes are using local dogs to provide a little interest during long, boring duck-based days. Possibly, sitting on ponds is not enough any more. Perhaps the conversation of the lady ducks is not what it once was.

Whatever the reason: it looks for all the world as though they’re playing “chase me, chase me.”

And that picture of Kit Williams keeps running through my mind. Switch the rabbit for a duck and one is not chasing unattainable goals any longer. Instead, the goals have become coy and coquettish and they’re almost so attainable, they lose their piquancy.

Is that what goals are? Attractive, only because they do not belong to us? Would they become stale once they were ours?

Perhaps all the fun is in the chase.