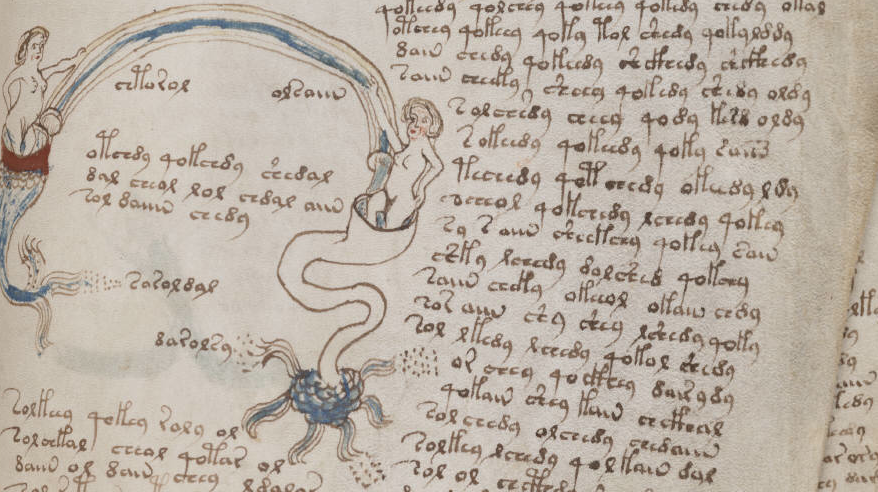 Detail from Voynich manuscript at bibliotecapleyades.net

Like Scott of the Antarctic, I laboured towards a destination, unaware that someone has blazed a trail to this morning’s subject already. The track is well trodden.

Yet, such a curiosity. The epitome of mystery, it is. A thing of breathtaking beauty in its own right.

So despite the fact that a world-famous novelist happened upon it in research for his novel and tantalised millions by including a tiny code indicating its whereabouts, I am starting its story from two other places.

Which of the two to choose? I shall start with a Polish nobleman, I think.

His life, until he was nearly half a century old, was not unremarkable. Yet nothing happened to mark him out as a name that will now, surely, be known by millions.

Born in a Lithuanian town, Telshiai, then part of the Russian empire, in 1865, he went to the local gymnasium and the to university at Warsaw and St Petersburg an became a pharmacist. But he fell in with early Polish revolutionaries and fell foul of the Tsarist regime by trying to spring two comrades under death sentence from the Warsaw Citadel.

He was arrested and sent, like all naughty Russians, to Siberia.

But you can escape from Siberia, because the polish pharmacist did just that, and made it all the way to London where he married Ethel, the daughter of a very famous mathematician, George Boole, and co-founded the Society of Friends for a Free Russia.

But it was for none of these things that his name will live forever.

No: his co-founder and friend was killed in a rail accident and all his revolutionary zeal evaporated, and three years later, in 1897, he opened a bookshop in London.

And he found that pharmaceuticals and revolution aside, he was rather good at this bookish business.

Another shop was opened in New York later. But it was not until he was 47 years old that the golden moment of his life arrived.

And this is where his life story meets another, much older historical vein.

Some time between 1576 and 1612, a Holy Roman Emperor paid a princely 600 ducats for an old manuscript. Emperor Rudolph II thought it was by a man called Roger Bacon; an English philosopher and Franciscan monk. And it passed down from owner to owner until it ended up in a Jesuit college in Frascati.

In a discreet sale of books to raise funds, our Polish bookseller hovered until a group of manuscripts became available. And he snapped them up.

And one of them is so extraordinary, it still bears his name today.

His name was Wilfrid Michael Voynich. And the book is called The Voynich Manuscript.

And it is extraordinary. It would be extraordinary if it were written yesterday, and not carbon dated to the end of the 15th century or the 16th century. Because besides being breathtakingly beautiful and endlessly inventive, it is written in a code no-one can understand, and accompanied by strange drawings, the motives of which we can hardly imagine.

Its contents? 113 detailed drawings of plants which, to all intents and purposes, do not exist. Astronomical and astrological diagrams incorporating charts with radiating circles, suns and moons; strange drawings of women interacting with pipes or in barrels of water. (I know, I know). Nine ‘cosmological medallions’; pharmaceutical drawings of herbs useful in medicine; and pages of continuous text.

You can look at the folio here.

And naturally, what with it having come out of a Jesuit library and all, Mr Dan Brown has discovered it and incorporated it in his latest novel, Inferno, I believe, though it’s only just out and I have not read it to check.

Before you read him, read this. Take a look. It is strange in the most creative ways, a gorgeous ancient puzzle written, we don’t know why. Before you let some novelist impose his interpretation, enjoy it first for itself. A lovely conundrum bequeathed us by history.

For all we know, it was written by aliens.

38 thoughts on “The Uncrackable Code: of Polish Revolutionaries, Vatican libraries and Dan Brown”