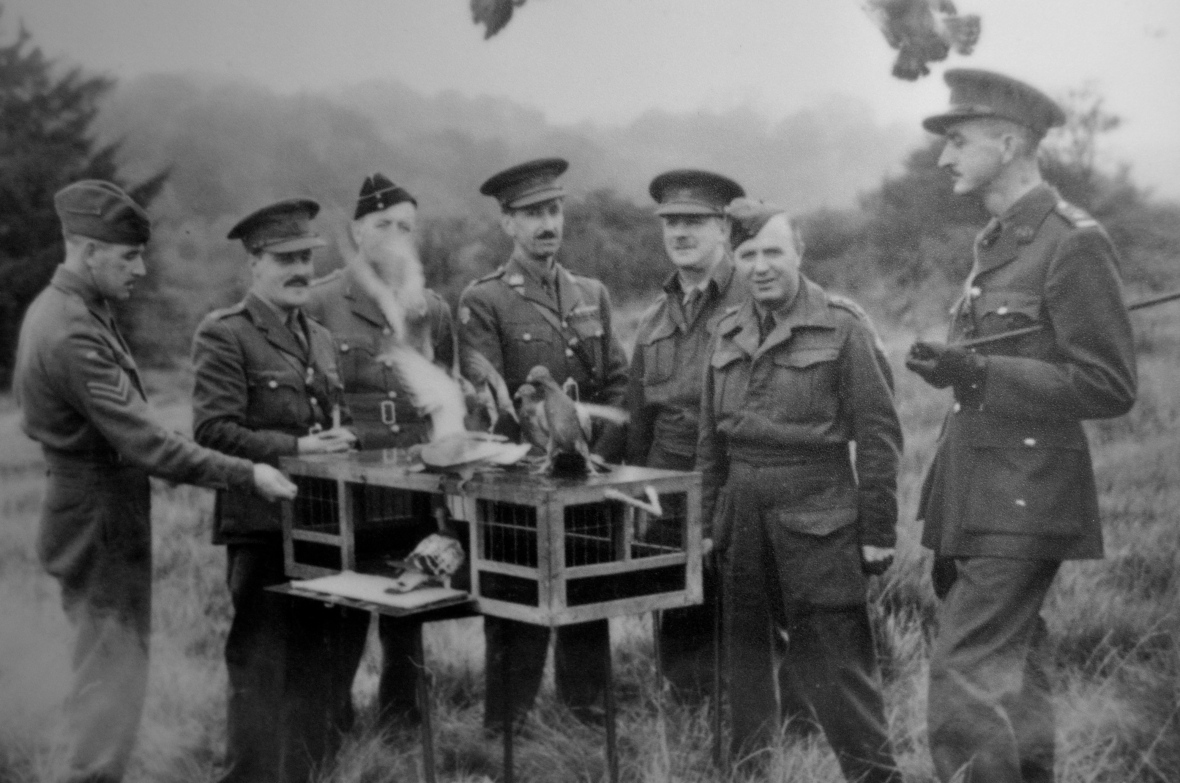 Not a pretty situation: war never is. The Italian town was largely occupied by German forces who fought doggedly. And wearily, the American infantry brigade sent a request for air bombardment.

A horrendous situation. Only for some reason, the German forces chose a moment shortly after the message had been sent to retreat; to leave the town and its civilian population to the Allies.

The troops rushed to their communications equipment to cancel the order for aeroplanes to attack. But the unthinkable had happened; all lines were down. There was no technological way to stop those planes taking off.

But there was still hope, and it had wings.

It was less than a foot long, and a plain jane as far as appearance went; but it had one overriding talent. It could fly home.

GI Joe was a homing pigeon.

In desperation, the American troops released Joe with his vital message. And as they watched him fly away and become a dot on the horizon, they could only hope and pray.

It took GI Joe just 20 minutes to fly the 20 miles back to the American air base. He arrived, literally, just as the American bombers were about to take off. One small pigeon was able to prevent a tragedy.

I have often been offhand about pigeons. I have besmirched their intellect, their girth, their patterns of behaviour. But I have been taking pigeon steps towards Emmaus, and the scales have fallen from my eyes. These birds deserve respect. And we should not forget what they – fat or thin, clever or no – are capable of.

For who knows when one might need their services again?

My startling change of direction on the whole pigeon question took place in a room in a low, 1940s hut at the code breaking mecca of Bletchley Park, a little village on the outskirts of Milton Keynes in England.

Here, Alan Turing developed Colossus, the world’s first computer. Here, Ian Fleming worked in intelligence, and garnered the experience he later used in the exploits of Commander James Bond himself. And here, agents would leave, every so often, with a carrier pigeon in a box.

Because in times of war and hardship,  pigeons trump technology, let me tell you, every time.

Air crew had a notoriously perilous job during the second world war. And it was the practice to take pigeons with them when they left on a mission. The reason being that when a plane ditches into the sea, or crashes, all the equipment which might help locate survivors is decimated.

So; when a crew bailed out, they set the pigeons free.

Winkie had gone out with the team of an American bomber which crashed off the coast of Scotland. The crew had sent desperate SOS messages but nothing had got through.

Meanwhile Winkie had escaped from his cage and was heading for home.He arrived back at his loft shortly afterwards, battered, worn and covered in oil.

The loft manager did some swift calculations and was able to work out that Winkie had travelled 130 miles; a search party was sent out, and located the crew – 128 miles from the coast.

250,000 pigeons were used in the war effort; and 32 have received The Dickin Medal, the animal equivalent of the Victoria Cross.

Sometimes, what a little bird can tell you can save lives.

So next time you see a pigeon, doff your hat, or nod respectfully in their direction. Their brains might be small, but when the wires are down, you’d want a pigeon on your side.

Written in response to Side View’s weekend challenge:A Little Bird Told Me…. which you can find here.

22 thoughts on “A little bird told me: a Pigeon Post”