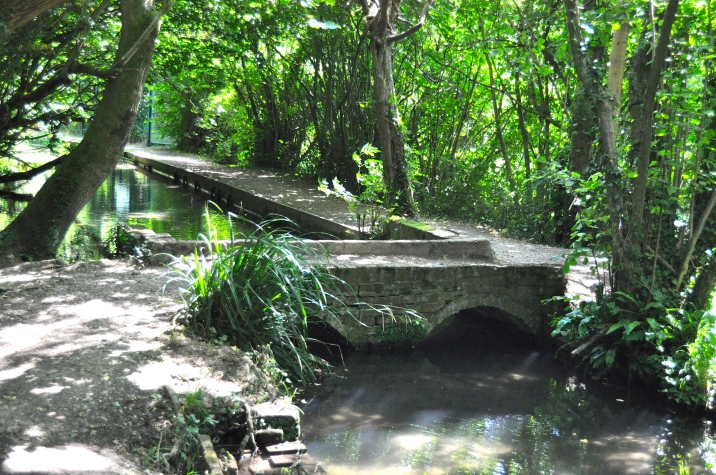 It is, indeed, all in the gonads. Just ask Sigmund Freud.

For as long as mankind has been able to understand,   he has been baffled by this: where do eels come from?

Because no-one could do that spiel we do for our children when we explain how we are made. They couldn’t say, well, you get a mummy eel and a daddy eel, and they have a romantic candlelight dinner for two, and one thing leads to another, you know how it is, ahem.

Because no one could find mummy eels. Or daddy eels. Or baby eels. No reproductive organs whatsoever.

They could only find eels.

Aristotle pronounced they were born of earth worms which ‘grew from the guts of the wet soil’. Hermaphrodite, the scientists of old pronounced. As time wore on they found a likely culprit on which to pin the eels beginnings:  a fish called the eelpout.

In 1777, though, they were all to be confounded. For a chap called Carlo Mondini spent long enough dissecting eels to find their gonads.

Almost a century later, no-one was any the wiser. Which is where the father of psychoanalysis comes in; Sigmund Freud, at 21, was a penniless student. His professor of the time has been rooting about in eels for some time and found ovaries, and some tiny lobes (sorry, eel boys) which might answer to the name of testicles, but which carried no sperm.

So he gave Freud a bursary to verify the eels’ manhood.

Which, after manymanymany dissections, he did. And he published the seminal “Observations on the configuration and finer structure of the lobed organs in eels described as testes’.

It was a Danish professor, Johannes Schmidt, who sent ships out into the ocean, discovering that as he travelled deeper the eel larvae captured got smaller and smaller. And eventually had come upon a version of truth which fits with our extraordinary observations.

Because eel swarming is legendary.

Born far out to sea, European eels migrate with the Gulf Stream, growing steadily, from the deep ocean to our coasts. And then they make their way up our rivers and streams.

Eels are strong. eerily, unsettlingly strong. Very little can stop them. If there are obstructions they pile up to overcome them; they can move across wet grass or dig through sand to reach water and pools.

And, as far as we know, they stay there to mature; and then migrate back to the sea.

Eels can be food. London was well-known for its partiality for eel pie. Look at Eel Pie Island.

And to eat eels, one must catch the wily serpents.

This is how they did it: they built eel houses over popular spawning rivers. The eel houses had small low bridges fitted with grating to trap the eels as they went on their way. And the eels would swim into the trap, and men would haul them out and set more and yet more traps, plundering the swarm.

It did not go well for eels,as you may imagine. Their numbers plummeted and these days they are a delicacy. The eel houses were abandoned, and began to fall into decay.

In Alresford, in Hampshire, a little way from Winchester, there is an old eel house on the river.

Yesterday, in blazing sunshine, I took the little path along the River Alres, an enchanted water-shimmering potter sharing the lazy sunlight with the dragonflies, to see the old eel house.

It has been renovated by The Alresford Society and it’s a strange little relic of history, that little red house that ended the epic journey of so many of these tiny water-serpents.

It was a lovely spot.

But I’m glad it is redundant.