I parried the sassy New York drawl with a hesitant English query.”Oh, dear…couldn’t we just walk there?”

Right. Not even an “I’m afraid not.” These New Yorkers, they give it to you straight. Oh, dear. I fingered the tip in my hand…when does one hand it over? The concierge had leaned over and begun to deal with her next victim. She glanced at me. Was I still there?

Redundantly, I put down the dollar bills next to her and wandered Englishly away.

Sod it. I was walking there. Maddie is not a subway fan, and we’re British. We could stand a little rain.

Phil and Felix were heading for The Art Of The Brick, the Lego exhibition, and Mad and I were returning to the building I had fallen in love with six years before.

The Guggenheim. Frank Lloyd Wright’s cylindrical wonder, wider at the top than the bottom, a ‘temple of the spirit’ which opened in 1939 on New York’s Upper East Side and has been wowing the discerning public ever since.

We stepped out of the hotel into torrential rain. And walked, and walked, skirting Central Park up Fifth Avenue, taxi lights playing Tinkerbell with the flooded tarmac. The trees which line the Park edge lent a charm to each step though we did squelch towards the end.

Finally, finally, we reached Solomon’s legacy. As we trailed in men in uniform were handing out bags to put dripping umbrellas in. Everyone in New York had wet feet. Even on Fifth, we were equal.

No photos, they said. Grrrr.

But it would all be all right, because in a second I would see what I had come to see: folks craning over the balcony of a spiral walkway, lining the cylinder, all the way to the top.

But it was not to be.

Thanks to iconic artist, admittedly a beautiful and wondrous creator, James Turrell, who has gagged the Guggenheim: swathed that spiral in canvas so that one cannot look over. Now the whole gallery is a trippy experiment in planes of light and colour.

He has stapled white canvas to the whole infernal building.

So you can lie down as if you were on some forbidden substance at the base of the gallery and watch the colours change in a pretty spiral.

But you will not see the Guggenheim. Not really.

We enjoyed the art, especially Kandinsky and the cupcake in the coffee shop. And then we stepped outside, put up our umbrellas, paddled to Central Park and watched the sparrows.

Clearly, I shall have to come back when Mr Turrell has taken down his tent and cluttered off home. 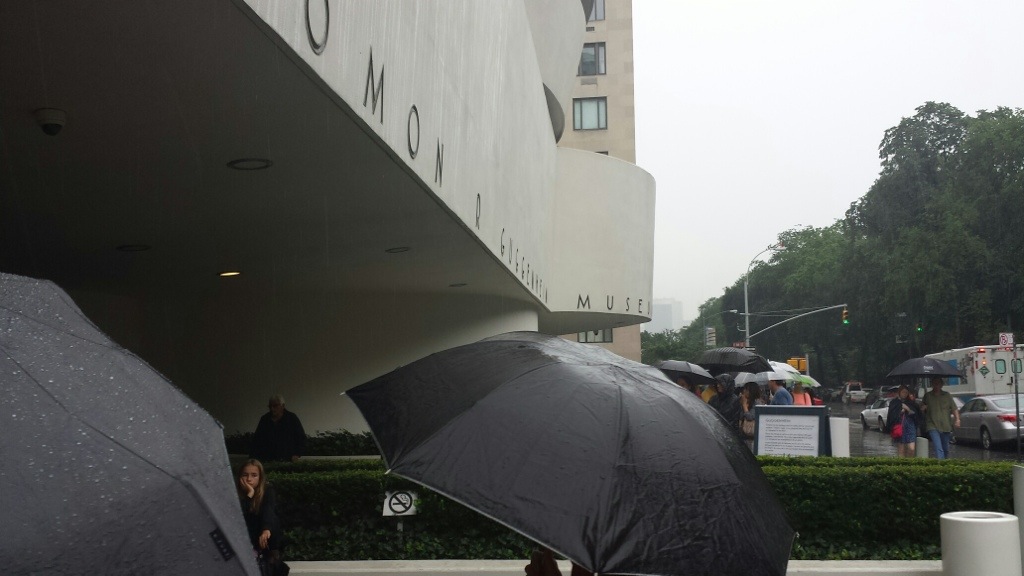 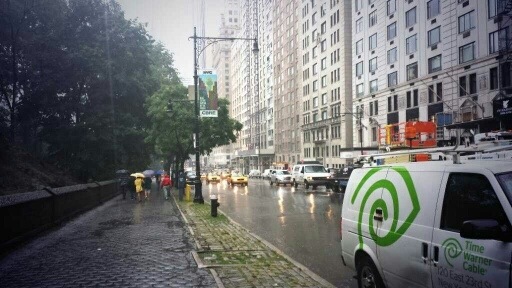 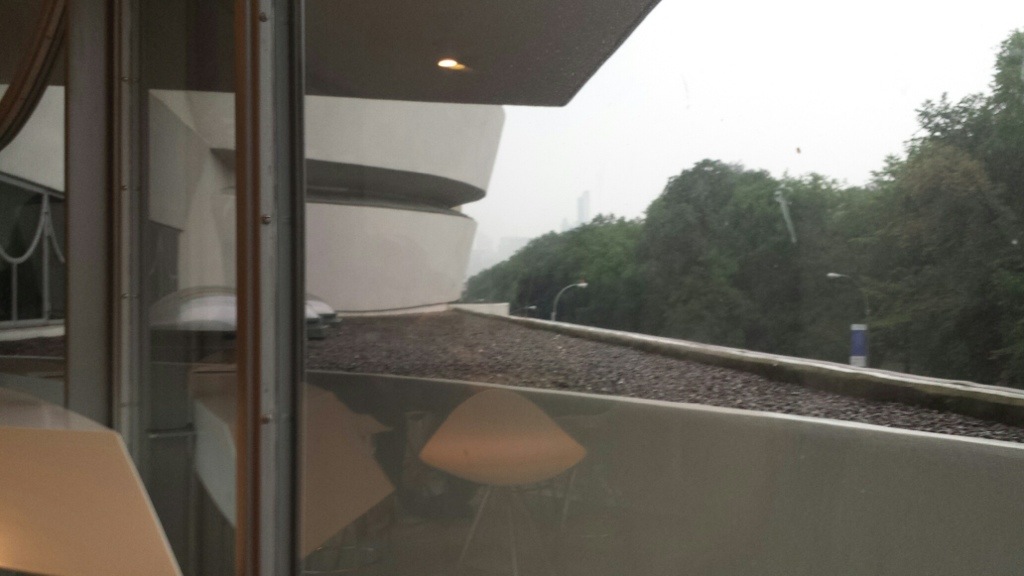 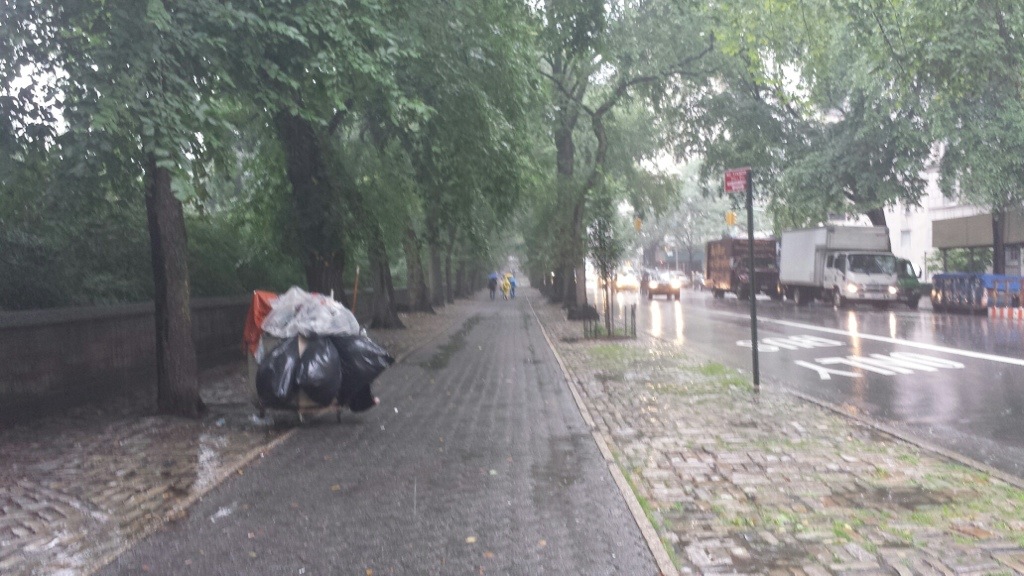 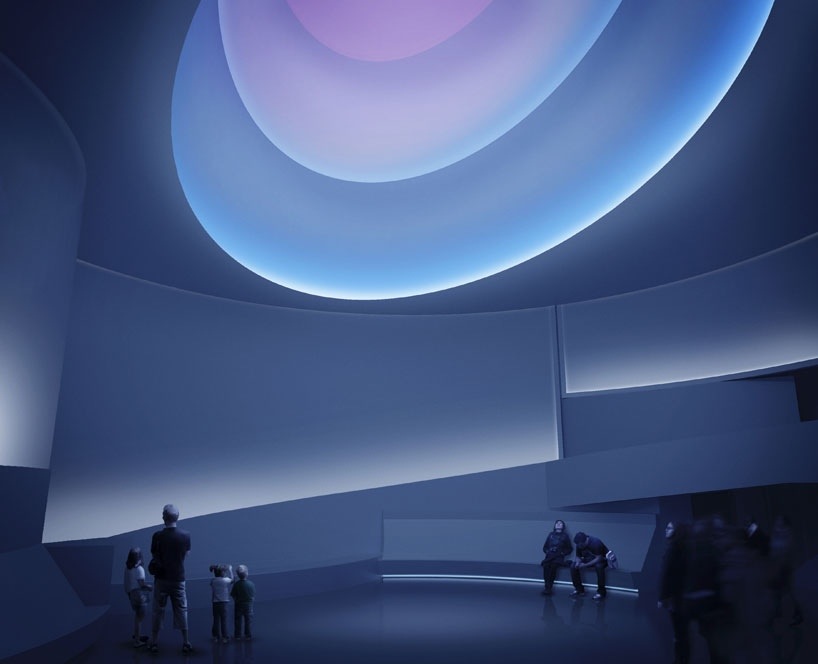 26 thoughts on “Gagging the Guggenheim”