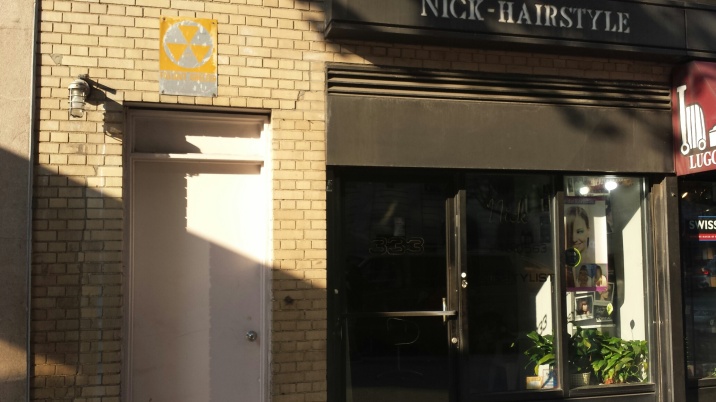 They are beneath our feet, and we have forgotten them.

Or rather, they were once shocking but we have become accustomed to the very idea of them, and have painted them into the backgrounds of our lives.

The other day it transpired that I work directly over a nuclear bunker.

The Victorian mansion, built in the wilds of Windsor forest in the  19th century, was chosen as the perfect spot for a bolt hole in the event of global nuclear war.

And so they used the cellars and made the place fit for purpose. And when the immediate threat of war dissipated; when we became able to ignore tha fact that people still hold the horrific weapons of mass distraction; well, then eventually the bunker fell into disuse and it is now a talking point, alongside the ghosts that haunt the mansion upstairs.

I have never seen a nuclear bunker. Or been in one. The one at Dover Castle, hidden deep in the cliffs, is now occasionally open to the public but so far it has evaded me. The little town burrowed beneath Wiltshire is common knowledge these days, but I have yet to visit it, and I think people would rather forget it than see it as a salutary tourist attraction.

Because we never say never, do we?

We were walking the streets of New York, not far from our hotel, on a brilliant Sunny August day and Phil stopped us. “Look,” he said. “Do you know what that sign means?”

We looked. And above a door with no handle, next to a hair boutique, was a sign. This was the entrance to one of the city’s nuclear bunkers.

“What, New York had them?” I asked him. He nodded. And Immediately I imagined a time of drills and sirens, when nuclear war was a clear and present danger and Armageddon must have seemed just round the next corner.

I have never seen a nuclear bunker before. And part of me hopes fervently that I never will.

But the historian in me is already planning a sortie down the stairs into the cellars of the 19th century mansion, on the edge of Windsor Forest.

Written in  response to Side View’s weekend theme: Something I have Never Done Before, which you can find here

33 thoughts on “Forgotten past: nuclear bunkers”