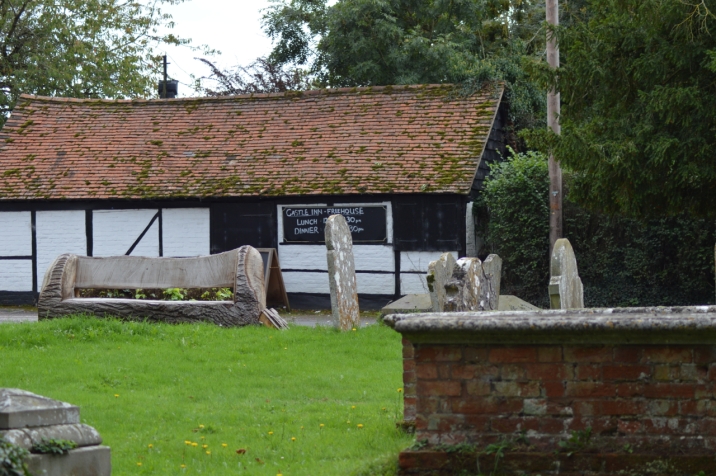 If you are ever lucky enough to take a tour of the reconstruction of Shakespeare’s Globe, perched on the side of the Thames at Southwark, near Cardinal’s Cap Alley, you will be told gleefully just how ambiguous the church’s role in society was, back when the bard’s actors were treading the boards.

The text books have always told us that the Elizabethan theatre had a place for gentry and a place for the rest of society. The groundlings. When they excavated the site of the original south-of-the-river Globe they found a layer of nutshells, the Elizabethan equivalent of popcorn. You paid your penny and you stood and watched.

And throughout the performance, the Bishop of Winchester’s whores would circulate, touting for business.

You may have heard of them: the Winchester Geese, overseen by the Bishop of Winchester from his Southwark Palace, plied their trade across Southwark; and the rent from their brothels went straight into the Bishop’s pocket.

The church could be pragmatic where money was concerned.

The other day I was searching for a pulpit hourglass. There was one, the guidebooks told me, in a church just down the road; a spectacular example. And so on Friday lunchtime I rolled up at St Nicholas, Hurst, to take a look.

But the church was locked.

I fumed. My days off are sacred, set aside for research, and I did not wish to waste one second of one day.

Opposite the church is a pub. These days, it’s called The Castle. And standing outside the pub was a man who turned out to be the publican.

“You all right?” he asked as I stormed by.

I explained my plight. I wanted to see the church, but the church was locked. Could he tell me when it was open?

You may well ask. Why ask a publican about the church? It was a long shot; but it paid off in spades.

He fished an iPhone from his pocket and dialled. “Hello? Sue? Got a lady down here wants to see the church.” Silence. Then: “I’ll pass you over to have a word, shall I?”

Turns out, the church built the pub. And it still owns it today. It’s part of a trust, and the money raised from the pub is used for the upkeep of the fabric of the church. All the publican had to do was ring the landlord, with whom it appears he is on close cahoots. There’s a set of almshouses – houses for the poor or infirm of the village- in the mix too: the publican said there’s a separate trust which deals with those.

Next to the pub is a bowling green, one of the first to be laid in England; it is said it was created for Charles I, who used to stay at The Castle when he went hunting in Windsor Forest.  And the pub’s charms do not end there: it has a bread oven where the village’s bread used to be baked; and upstairs are the remains of the workshop where the coffins used to be made for funerals at the church.

The warden was incredibly kind. She was popping out to Henley in half an hour and could let me in for 15 minutes or so. Why didn’t I sit down and have lunch at the pub, she suggested, and she would come and get me when she arrived?

The church and the state: their relationship has been well documented over a thousand years. But church and commerce: well, that’s a more ambiguous relationship all together.

A veritable marriage of convenience.

Written in response to Side View’s weekend theme: Ambiguous, which you can find here.

32 thoughts on “Hand in hand with lucre”