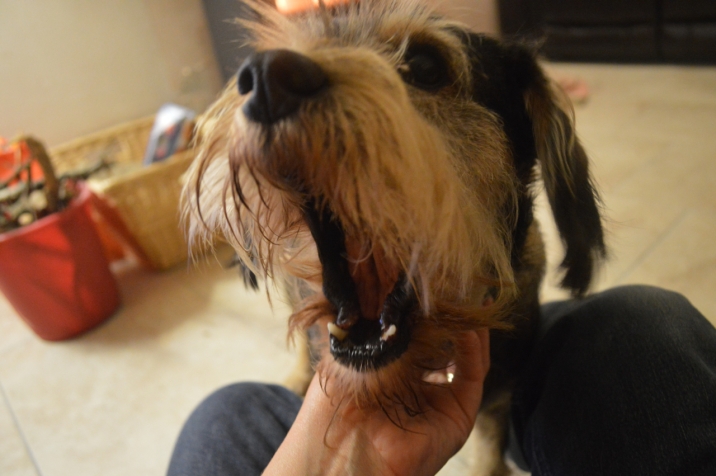 Or the Fu Man Chu

There’s even the freestyle. Which is any moustache that does not have a name.

The question is: which of this bewildering array of facial hair arrangements does our family dog sport?

We had a chance to experiment this evening. The disarray was almost too much. I called for the dog shampoo, the grooming brush and the scissors. Which Macaulay the family terrier does not see for months at a time.

You will see immediately that the world was our oyster moustache-wise. we could have had virtually any style,and I will own that the temptation to employ hair wax and give him a full English was almost more than a girl could bear.

However: having dismissed this, and the Fu Man Chu idea, and yes- the Dali –  I settled for the usual.

41 thoughts on “What kind of moustache should a dog have?”