Well I don’t know who it is, but its not Alfred.

Everybody thinks it is, don’t get me wrong. They have trusted this statue in Winchester, England to be King Alfred The Great for 114 years.

But for all I know, sculptor Hamo Thornycroft dashed out into the Kensington streets, grabbed a tramp settling down with a bottle of whisky, and  ushered him back to his studio, a suit of chain mail and a very big sword.

But of course, that’s ludicrous. For who would give a large pointy sword to a tipsy tramp one has only just met?

No. He must have known the tramp quite well.

They erected the statue at the far end of Winchester High Street, close to the East Gate, to commemorate one thousand years of King Alfred The Great. Alfred was quite important to Winchester. He laid out its street system, the same system which we have to negotiate gingerly as a one-way system today. Winchester was his capital, one of his ‘burghs’ or fortified towns. He designated the south-east quarter as ecclesiastical, the judicial quarter in the south-west, and the tradesmen’s quarter in the north-east. And largely, everyone has kept to their stations ever since.

So of course, when he was a thousand years old, everyone felt a party was in order.

Hamo – or Sir William – Thornycroft, the darling of the ‘New’ sculptors, was chosen to bring Alfred to life in a statue to commemorate the event. Hamo is a key player: he did Cromwell outside Parliament, and General Gordon on the Embankment, not to mention Sir Daniel Dixon outside Belfast City Hall.

But Hamo was no historian.

He clearly felt Alfred should have a beard.

Now I know all men have beards at one point or another. I know tiny ones grow during high days and holidays.  And I know there will have been times when Alfred sported a bit of fashion grizzle.

But for official portraits, the man wished himself portrayed clean-shaven.

I know because of the Alfred Jewel. 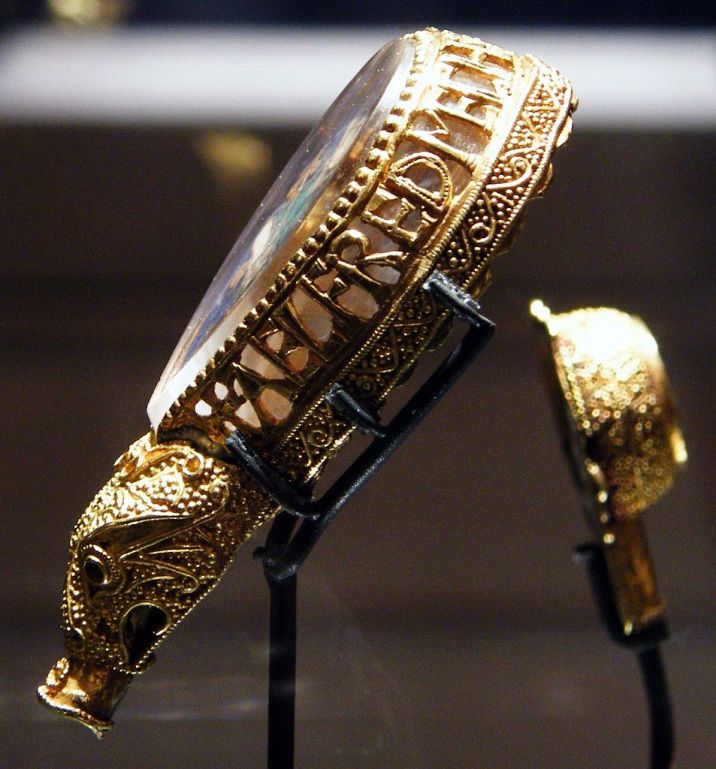 Made of enamel and quartz encased in gold, it bears the inscription: ‘Alfred ordered me made.’

It is thought to be the holding end of some kind of staff, possibly sent out to each bishop in his kingdom with a book by the pope of the day. It’s at the Ashmolean in Oxford, should you ever be in the vicinity; and turn it another way and you get a perfect stately picture of the great king himself: 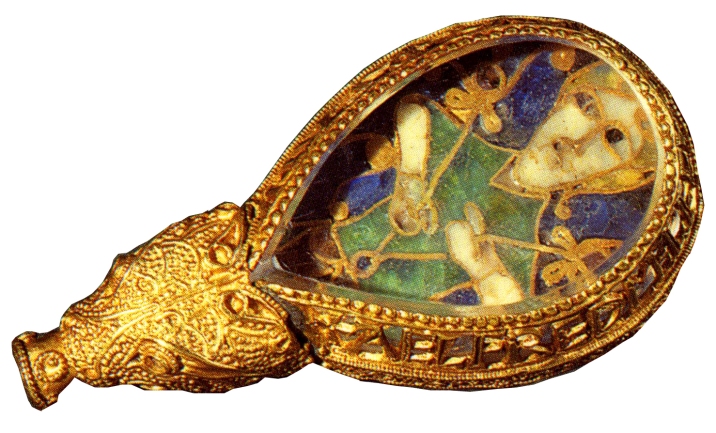 But in 1899, when the new bearded Alfred was ceremonially unveiled in Winchester, there was a great town procession, and a huge knees-up, and articles graced newspapers as far away as the illustrious New York Times.

So: shall we draw straws for who tells the good Mayor and Corporation of Winchester that they have a well-dressed stranger wielding a very sharp sword in their midst?

38 thoughts on “Alfred the Clean Shaven”