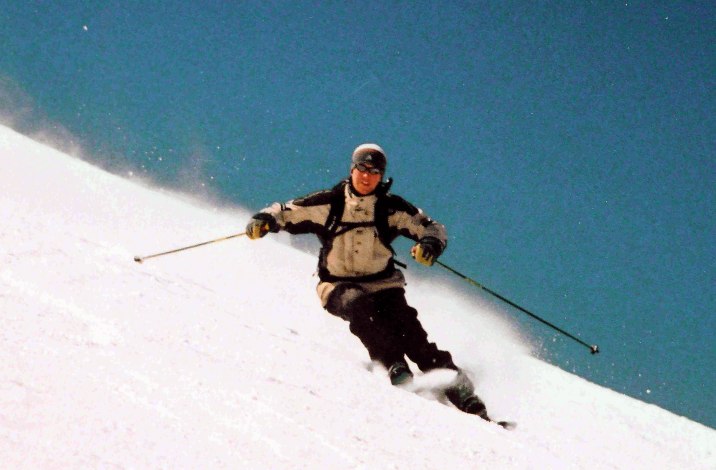 They were coming for him in ten minutes.

That was what James Bond ascertained, there at the top of the mountain, during his mission  to rumble Blofeldt and his flamboyant yet dastardly plan to brainwash young women with allergies into transporting biological warfare back to Britain.

So of course he jumped on the skis and hared down the slopes with technical bravura. It took him more than a chapter in On Her Majesty’s Secret Service to get down that hill. I can only surmise that his creator must have adored skiing, if the razor-sharp description of his descent is anything to go by.

And his enemies had the perfect rejoinder: loud fireworks and flares, loud enough to start an avalanche.

Incongruously, there was a party going on at the top of the mountain.  Fleming writes: “And then Bond remembered. But of course! It was Christmas Eve! God rest ye merry gentlemen, let nothing ye dismay!

“Bond’s skis hissed an accompaniment as he zigzagged fast down the beautiful snow slope. White Christmas! Well, he’d certainly got himself that!”

God Rest Ye Merry Gentlemen. An institution, piping there at the seventh lesson of Nine Lessons and Carols. A song which sounds mediaeval, because it begins in what might have been construed as one of the old modes, the precursors to scales. And yet the first time it is seen in print is not until around 1760, in a broadsheet of the time, in which it is introduced as ‘a new Christmas Carol.’

But its popularity has endured ever since. Not only does Fleming choose it to throw the plight of his  dashing spy into stark relief, but Dickens has his anti-hero hurl an implement at it:  “…at the first sound of ‘God bless you, merry gentlemen! May nothing you dismay!’, Scrooge seized the ruler with such energy of action that the singer fled in terror, leaving the keyhole to the fog and even more congenial frost.”

It is a caroller’s carol. A tune which apes a folk carol, yet has a monumental structure. Which is as much christmas as mulled wine.

Let nothing you dismay.

28 thoughts on “Nine Lessons and Carols: The Seventh Lesson: Spies, Skinflints and Spice”