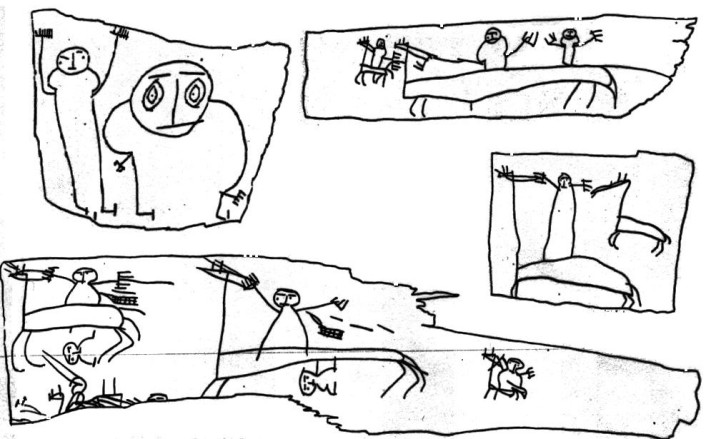 The spring is coming, and the birch trees which surround our house are preparing to wake.

Since I was a child, those white-silver tree trunks have been part of my life, and the dappled shade they provide in Summer like an impressionist Monet backdrop to the years.

Birches live around houses; but I always associate them with wilderness. I have heard that, on the Trans-Siberian Railway, you can be lulled to sleep in a carriage by the flicker-past of those birch forests, and wake the next day, and even return to sleep the following evening, still staring at the endless forests of birch.

They are common; yet enigmatic. They have infuriated me this winter because though their wood burns fiercely when dry, it becomes so easily waterlogged. It takes weeks to dry out enough to be put on a log burner.

Yet it is their ability to embrace water which has made them the bearer of a set of extraordinary stories: not least, stories from a little boy, which drift across time on birch-bark from the thirteenth century.

This is the tale of Russian birches, whose wood was used for many things. The Russians often traditionally used, not gravel and rock to pave their roads, but wood. And they used birch wood, in wafer-thin sheets, on which to write.

They are by no means the first to do so. The Buddhists wrote on birch and stored it in jars; there are Sanskrit manuscripts on this most versatile of writing materials. But the finding of the manuscripts in the early ’50s at Novgorod, an ancient Russian city and UNESCO World Heritage Site; it was quite frankly astounding.

Not only in the manner of their finding – the old peoples of Novgorod had recycled their old letters as road building material, and the excavation of the roads revealed the wet clay had preserved birch bar manuscripts containing an ancient language which informs modern Russian – but the content of those letters. Stories of stolen slaves, legal records of a case of horses which trampled a farmer’s wheat, and his recompense.

But most arresting of all is the birch-bark homework of a little boy.

His name is Onfin; and at the time he wrote the manuscripts, he was six or seven years old.

They might have been drawn by a little boy at a table today. Those of us who have sons will well remember the stick-figure fighting scenes, the knights, the self-portraits, the ordering of a world as seen by someone who is the age of Christopher Robin.

Me: I am smitten by Onfin, and his schoolwork, and his art, which – though it is many centuries old, seems as fresh as if it were drawn yesterday and inscribed: Mummy.

You can find out more about Onfim and his birch-bark writings here.

24 thoughts on “The Eight Hundred-Year-Old-Boy”