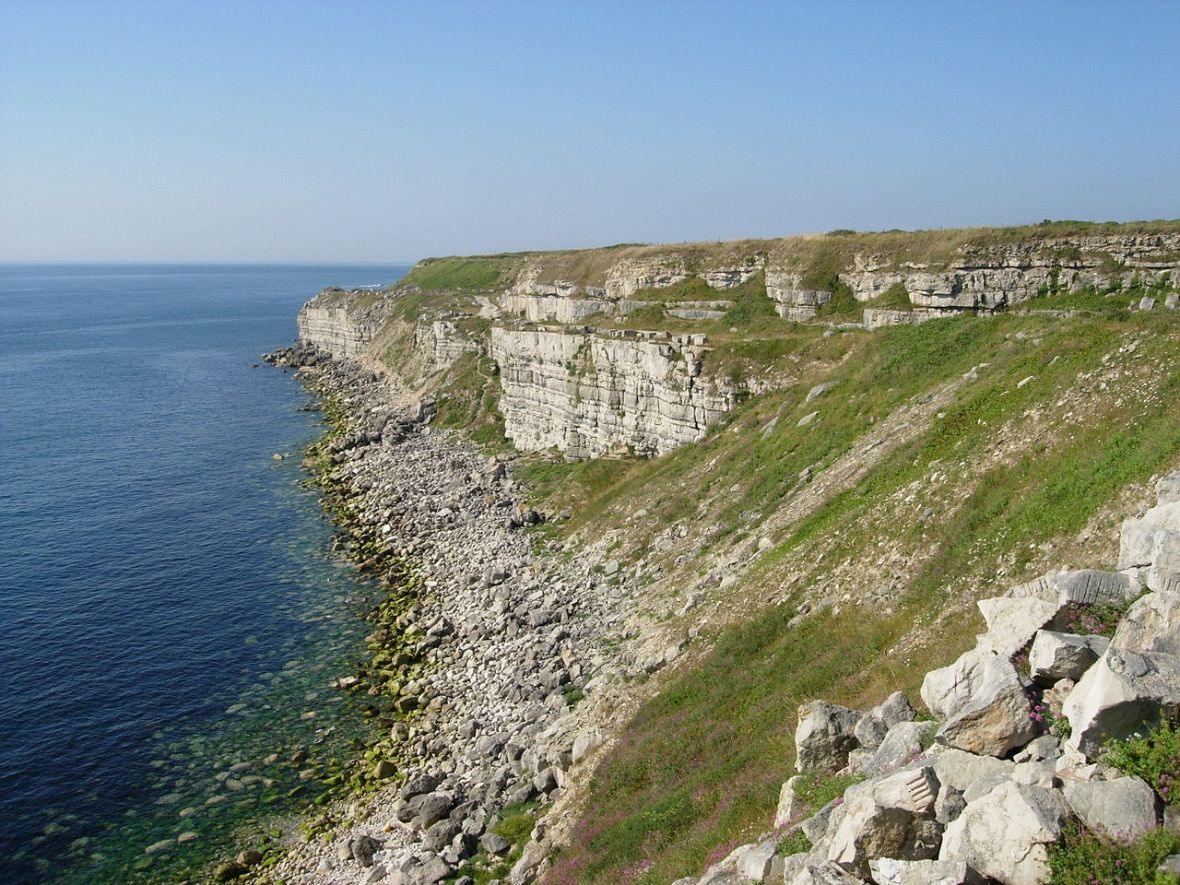 It is most fortunate that some great metaphysical entity invented time.

For if time had not been invented, surely everything would happen at once?

This would be particularly inconvenient if one was Thomas Hardy.

Thomas Hardy used to walk on Chesil Beach, in Dorset.  He loved it, it is said. But if all the things that ever happened at Chesil Beach happened whilst he was on his stroll, he  would have had some strange walking partners.

Dinosaurs, for one, for the whole of that Jusassic Coast is filled with fossilised evidence they were there. It is lying around waiting to be picked up. Mesolithic man has a pad on the island at the end of the beach. Chesil Beach is  a spit (it’s called a tombolo) of shingle which stretches out from the mainland just outside Weymouth to the not-island of Portland. I have not the first idea what Hardy would have thought of Mesolithic Man’s dress code, let alone their mesolithic manners.

He would have had plenty to gawp at, as a Viking ship landed and unsettled the locals. Just up the road, at Ridgeway Hill, there is evidence the Anglo-Saxon residents of this stretch of coast fell on the crew of a Viking ship and massacred them cruelly. The 54 torsos and separate heads were only discovered in 2008 and findings indicate no mercy was shown by the local residents.

He might have seen the boats passing with stone from the quarries due for St Paul’s Cathedral, and  for New York’s UN building, all at once. He would have watched naval manoeuvres for the Second World War and sailing boats from the 2012 Olympic Games.

Fortunate indeed, then, that Time has ensured there is temporal space for everything to happen without jostling anything else.

The Shrewsdays join the timeline this afternoon. We shall jump in the car, and take a picnic, and drive past the New Forest and Southampton and Portsmouth, and arrive at a very small cottage to stay for a few days.

12 thoughts on “On Chesil Beach”