I admit to a fascination with Death.

But the Death I revere is a fantasy. I have met the real one, and He was not a  ray of light, or promise of more to come, but a yawning, terrifying chasm of nothing. An end.

I much prefer the pretend-Death, he with the black cloak and the scythe, Mediaeval Death, Terry Pratchett’s Death, Dashing Death with a violin,  yawning caves for eyes and endless black charisma.

So I haunt the museum cases where he is represented. I stalk him, collecting his images, reading him, all the time telling myself I am a brave confrontational sort; when in fact I am striving, all the time, to pretend that nothing is something.

I found a coffin with my birthday on it. It was someone else’s death-day back in 1782.It sits in a case as part of the Museum’s metalwork collection. It is interesting that even the greatest museums in the land cannot simply conjure up provenance, and this little locket’s past is shut tight. 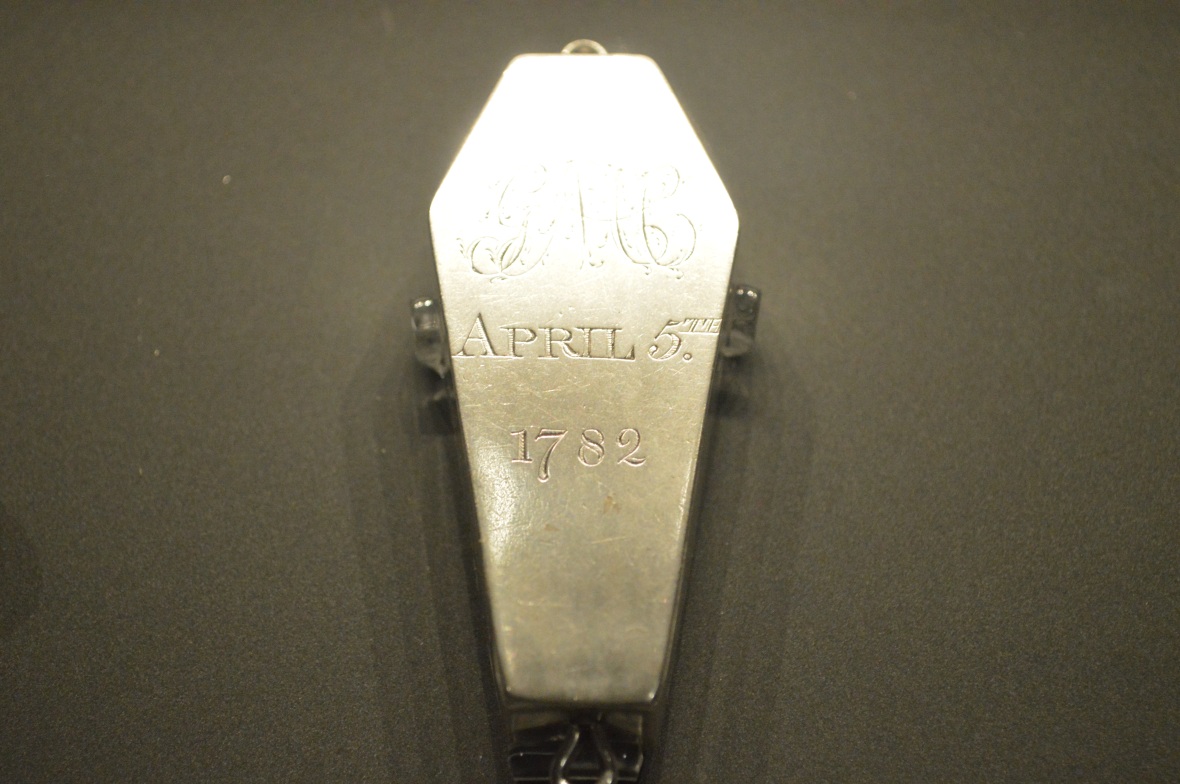 This is a memento of someone’s death. People used to leave money in their wills to have little things made to remind their friends of them. It is more personal than what came before, and thus I find it sadder.

No: I am a Memento Mori kind of gal. In the 1500s it was common to wear reminders that we all die. They were Him – Mediaeval Death. Grinning Demise, encapsulated in theatre. Elsewhere in the V&A there is a tiny skeleton in a coffin. Someone found it in Torre Abbey in Devon, but it was ten years to young to have belonged to a monk. Once again, its provenance is shrouded. 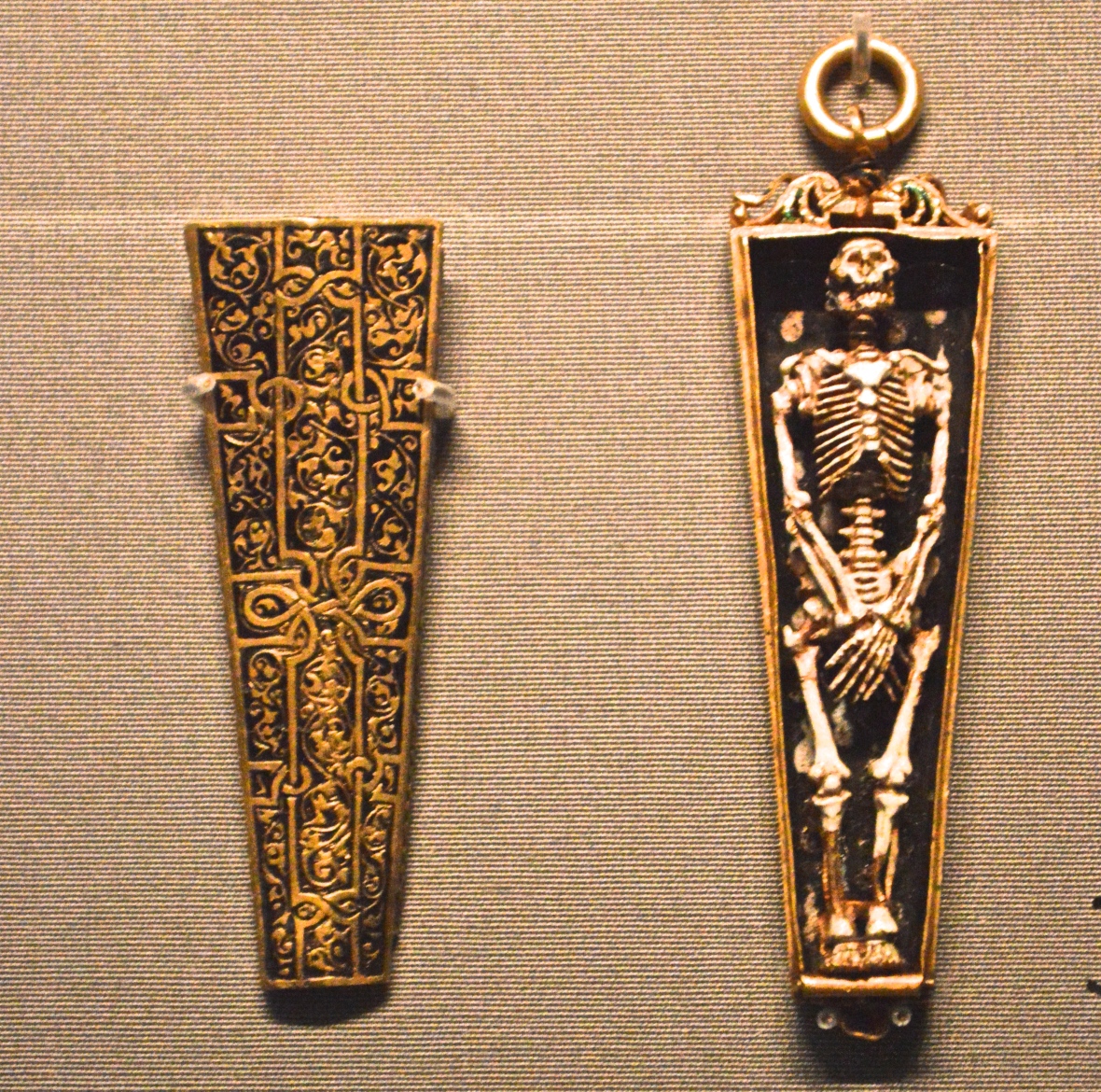 But Memento Mori and personal funerary reminders went out of fashion. These days we prefer youth, it seems.

So imagine my delight when I found a jeweller who did not forget Death. Who created a Death so exquisite it had the world gasping.

Meet the Rouchomovsky Skeleton. Though only three inches long, he is perfectly, exquisitely articulated. And he dates from only  1896, and his sarcophagus 1906.

The man who made this was a strange silversmith indeed. Israel Rouchomovsky first came into the public eye when he was conned by tricksters into creating a tiara sold to the Louvre as Ancient Scythian. But notoriety had its advantages: Rouchomovsky was able to show the world his pride and joy; this skeleton, which had taken him more than a decade to complete.

With 176 moving parts, it is said his favourite part was the lower jaw.

What makes a man work for more than a decade on such a perfect representation of Pretend Death?

Maybe, like me, he had met the real one.

You can read more about the Rouchomovsky Skeleton here, and see its auction details when it was auctioned at Sotheby’s last year here.

28 thoughts on “The Skeletons In The Closet”