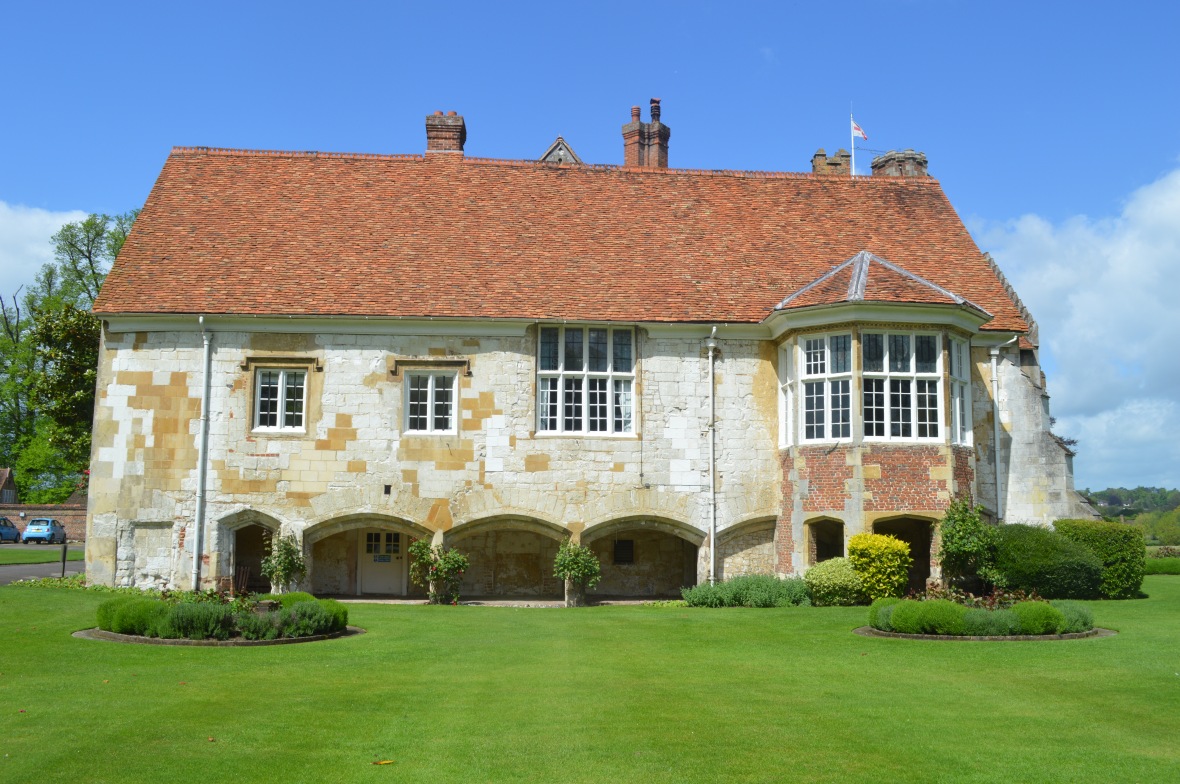 The Thames is a long river, and it flows past many places, and I shall feel most surprised if you have ever seen the little mansion it flows by at Bisham.

The village is a tiny offshoot, far from the A404 just up the road which carries metal boxes on four wheels between Maidenhead and Oxford, yet just a stone’s throw away. It is not a stately home in the National Trust or English Heritage sense; it is well loved and well used. These days, it heaves a sigh of relief and watches youngsters in track suits shambling happily around its corridors and wearing out its ancient staircases, for it is one of five national sports centres. The elite of the football, hockey, tennis, squash and rowing worlds spend their time there. It feels like Hogwarts for the sports world.

It deserves such a retirement, for it has served its time as one of the greatest houses in England, despite its modest size.

It is called Bisham Abbey, though it never was, and borrows its name from the Augustinian Priory which stood nearby once, for a snatch of two hundred years or so. And though it is not huge, its location, so near Windsor and London, right on the super-highway of the Thames, yet with the serenity of an utterly private retreat, made it rather a prized jewel, and again and again we see it gifted as a sign of status. Or, in poor Anne of Cleves’ case, as a trinket to soften the blow.

It is the Abbey’s stories which stand it out stark and alone.

And they begin when Stephen was in charge, for all his faults. A loyal knight, Robert De Ferrers, gave it to the Knights Templar, a gift to the Holy Church.

You are familiar with them? They were monk-warriors. The whole mediaeval God-War fusion crusade business seemed to make it all right for monks to kill, for it was principally in defence. The primary job of the Knights Templar was to defend pilgrims travelling to and from the Holy Land.

Beloved of Dan Brown and historical conspiracy theorists, they are shrouded in oddness. The man who started the whole thing was a French knight. It’s thought they looked after the Shroud of Turin for a century or so, and they kept building round churches fat with symbolism. Their headquarters was in Jerusalem and the exotic dogged them.

But somewhere along the line, they accumulated a lot of stuff. it started with Henry II conferring lands and property on the order, and then Richard I gave them immunity from local laws. King John was staying at the Temple in London when the summons came to Runnymede to sign the Magna Carta.

And they owned Bisham. The great hall, with a gorgeous vaulted porch, dates from their time, in the twelfth and thirteenth centuries. When they restored the great ceiling beams, they found smoke on the ones in the centre: the hall was so ancient it had once had a central hearth.

The power of the Templars became considerable. There were stories of corruption; one can imagine what abuses might have taken place if one were moneyed, armed and immune from  prosecution.

And so Bisham was taken from them.

And you would think, wouldn’t you, that the king would give it along with the rest of the Templar hoards to the Knights Hospitallers?

But no. The little house by the Thames was one of only two properties – the other being Temple in London -put aside for a nobleman.

Of which, more anon.

33 thoughts on “The Forever House”