Once upon a time, before medicine was what it is now, two young men contracted polio.

One was black, and one was white. One was born in 1889 on James Island, South Carolina: the other in 1885 in the heart of Charleston. Samuel Smalls, of James Island, contracted polio as a youngster, and Edwin DuBose Heyward, blue-blooded descendant of Signatory of the Declaration of Independence, Thomas Heyward, contracted it at the age of 18.

Neither considered themselves much of a scholar. Heyward was a sickly child who is said to have described himself as ‘a miserable student’ and left school at 14. Smalls never made it to school much; and his family moved to Charleston in 1900 so he could fashion a way of making a living despite having had his feet ravaged by polio.

In the 1920s, Edwin lived at a modest house close to the heart of things. 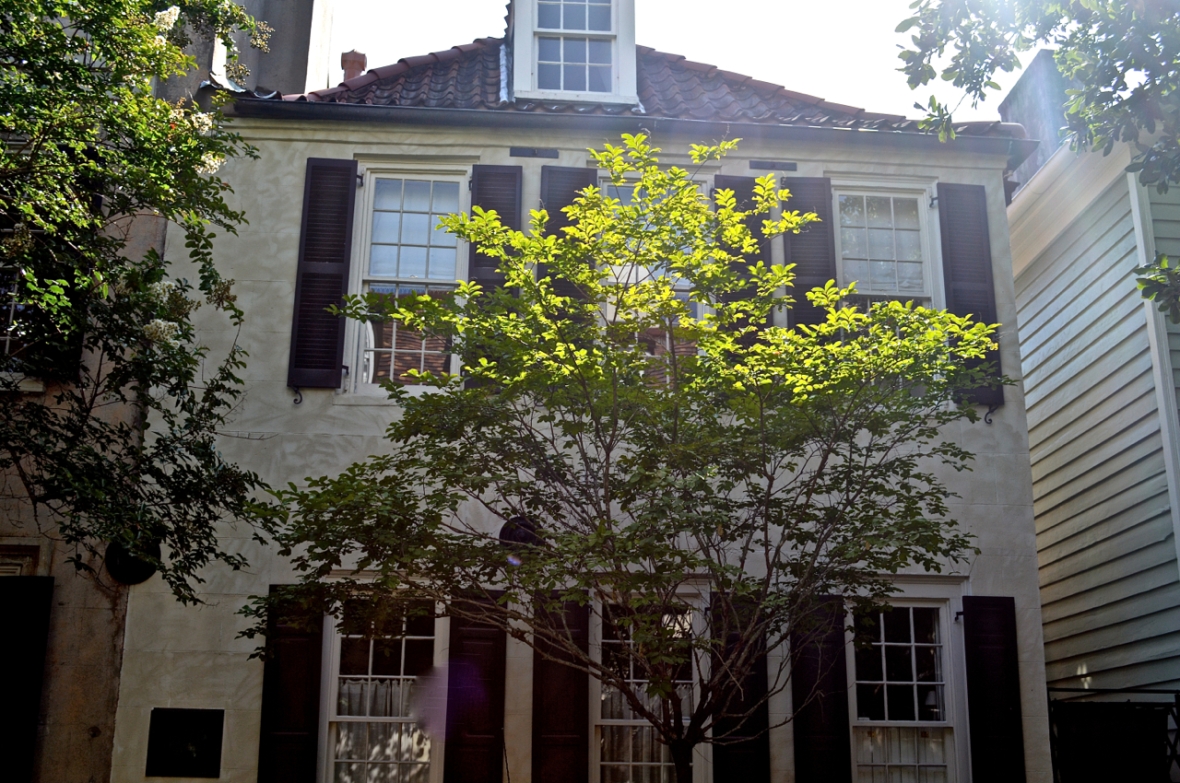 And though Samuel lived far away, he kind of liked the bustle of the ramshackle buildings just down the road from Edwin’s house: a run-down tenement which was full to bursting with life. The residents would sell cabbages and other produce from the windowsills; and so it was known as Cabbage Row.

Thing is, Samuel was an extraordinary character. He got around in a small cart pulled by a single goat. They called him Goat-Cart Sam. And despite this comical image, it transpired that Sam was irresistible to the ladies; and that he and his cart were a force to be reckoned with.

Academic Kendra Hamilton – Professor of Women, Gender, & Sexuality Studies at the University of Virginia- is a Charlestonian. In her paper on Porgy – here– she recalled her grandmother’s conversation with a friend:

“What did they call it? The Bull Pen! … That was the gambling place . . . Oh, Lawd, you’d see (Sam) just going along, just a-singing, a body in a cart with two wheels . . . I don’t know if he had no feet. He mighta had a knee. But he would spring out that wagon and spring in that door, and the goat would stay there all day. You could always tell when he was there-when that goat was out there in the Long Alley.”

After one girl crossed him, he chased her through the streets of Charleston, firing a pistol into the air at random. It made the local papers. Edwin read the story, and doubtless he had heard the gunshots and watched the whites of the goat’s eyes as the fearless young ruffian had flown past the front porch.

And Edwin may not have been a scholar, but he was a dyed-in-the-wool writer. And he wrote what he imagined might be the story of his compatriot, who laughed in the face of the disability which had attempted to rain on his parade.

But he didn’t call Samuel Samuel. He called him Porgy.

To open the pages of DuBose Heyward’s book is to walk again in those brazen gorgeous streets and hear the bustle of the crowds, and watch the sun in its eternal dance with blessed black dimpled shadow.

“Over the entrance, there still remained a massive grill of Italian wrought iron, and a battered capital of marble  surmounted each of the lofty gateposts. The court itself was paved with large flag-stones, which even beneath the accumulated grime of the century, glimmered with faint and varying pastel shades in direct sunlight….the northern face, unbroken except by panes of small-paned windows, showed every colour through its flaking stucco, and, in Summer, a steady blaze of scarlet from rows of geraniums that bloomed in old vegetable tins upon every windowsill.”

It’s a romantic view. Porgy seems far more benign than the frankly dangerous Smalls. But DuBose Heyward writes Charleston as he saw it, and it leaps from the page and surrounds the reader like a film set.

Most strikingly, the sounds of the place are as vivid as the images. The singing of the folks at Cabbage Row – dubbed ‘Catfish Row’ in the book – hum and thrum their way through, underpinning the plot and working like a kind of glorious Greek chorus.

No wonder George Gershwin read it and vowed he must write it. 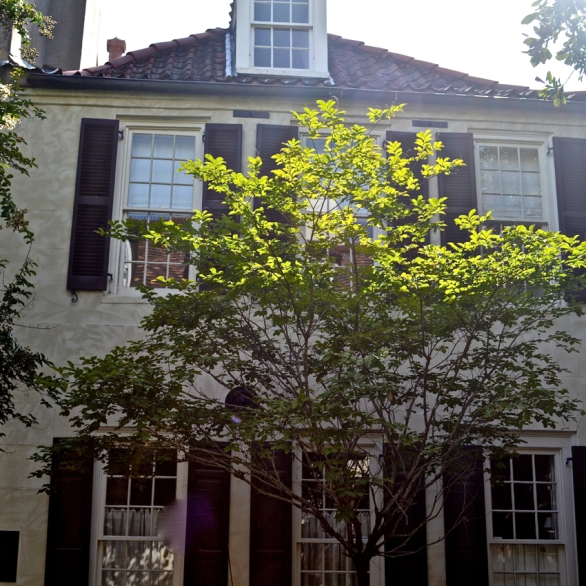 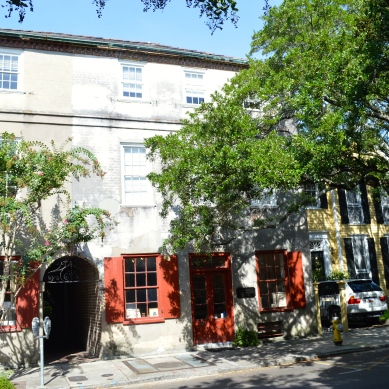