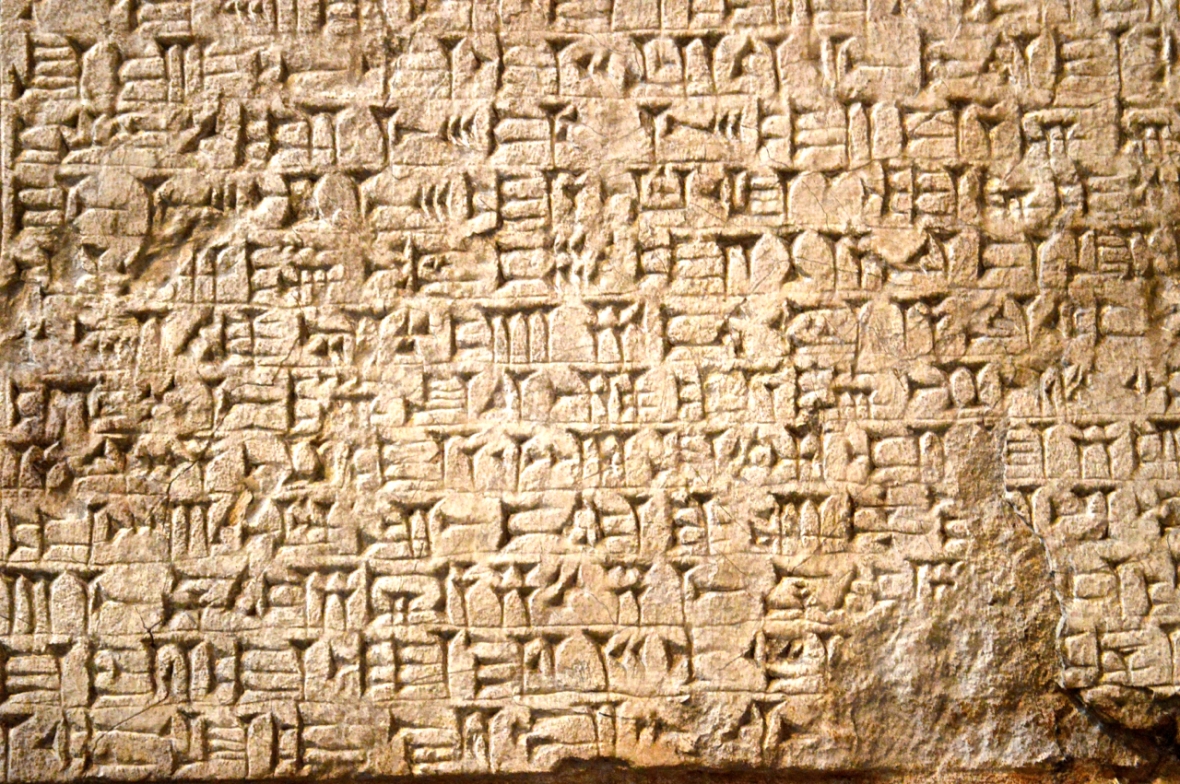 A consummate, breathtaking piece of storytelling more than 2,000 years old.

So this great king, the son of an equally great king, is feeling like a party with a lot of swagger.

He orders that the sacred vessels from an ancient temple in one of the countries his people occupy should be the party ware for a colossal, epic feast.

So they’re just warming up, and things are beginning to get interesting, when a haunted hand appears and throws cold ectoplasm all over the festivities.

It chooses its place: right by the palace lamps. And it writes, hanging disembodied by the great stone walls: ‘Mene, mene, tekel, parsin.’

It’s gobbledegook to the whole assembly. Not one person has any idea what it means. Is this an anagram? A trick? Maybe it works backwards?

Whilst guests try their hand at tipsy code-cracking, the queen can barely contain her impatience. Daniel, for heaven’s sake. Someone get Daniel, the one from that very occupied country from which these opulent temple cups hailed, the one who can tell the future. He’ll be able to divine the meaning of the scrawl of the haunted hand as it creeps onwards on its task.

Of course, in the best tradition of the best stories, Daniel knows the answer, and it ain’t pretty.

It’s a warning to the King to back off. Mene: your reign is about to be brought to an end. Tekel: you have been weighed on the scales and found wanting. Parsin: everything you are and everything you have shall be divided and given away.

And from this extraordinary scene came that term: the writing on the wall.

We know that at Daniel’s time and for millennia before, writing on walls was one way to record the official version of things. Everyone knows of Egyptian wall painting; the great wall-scrolls which told the tales of dynasties splendid and long-lived.

Step away from the Egyptian galleries in the British Museum, though,and you will see that some of the greatest and most stunning writing on the wall belonged to another nation entirely. That when it came to recording with timeless, patterned elegance, there really was no one quite like the Assyrians for really fabulous, eye-pleasing wall-chronicles.

Assyria: what a splendid strand of man’s timeline; claiming its roots in Neanderthal communities back in 7100BC, and with a three-period timeline spanning 19 centuries as an independent state.

Remember Nineveh? Sitting on the Tigris, and indeed on a fault line, it was Assyrian. For a short spell it was the greatest city on the earth. It is almost beyond belief that Nineveh’s writing on the wall sits in London these days, for all to read the stories of a mighty and vanished civilisation. It lay buried for millennia, after the city fell spectacularly to the Babylonians and the Medes in 612BC. Archaeologists only uncovered these friezes in the middle of the 19th century.

I could go on and on, telling these stories. But the writing -and pictures-on the wall at the British Museum, taken from the sumptuous palaces at Nineveh: I think they say it all. 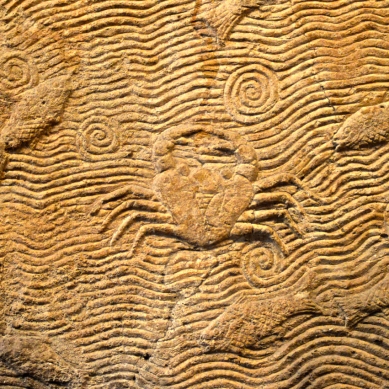 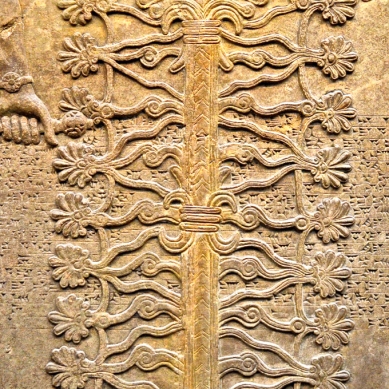 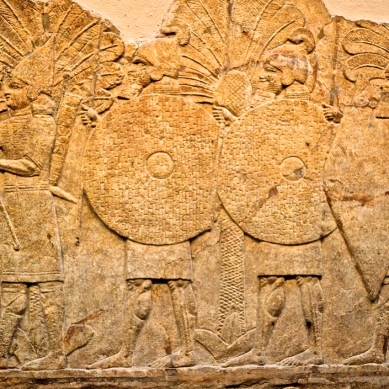 22 thoughts on “The Writing On The Wall”