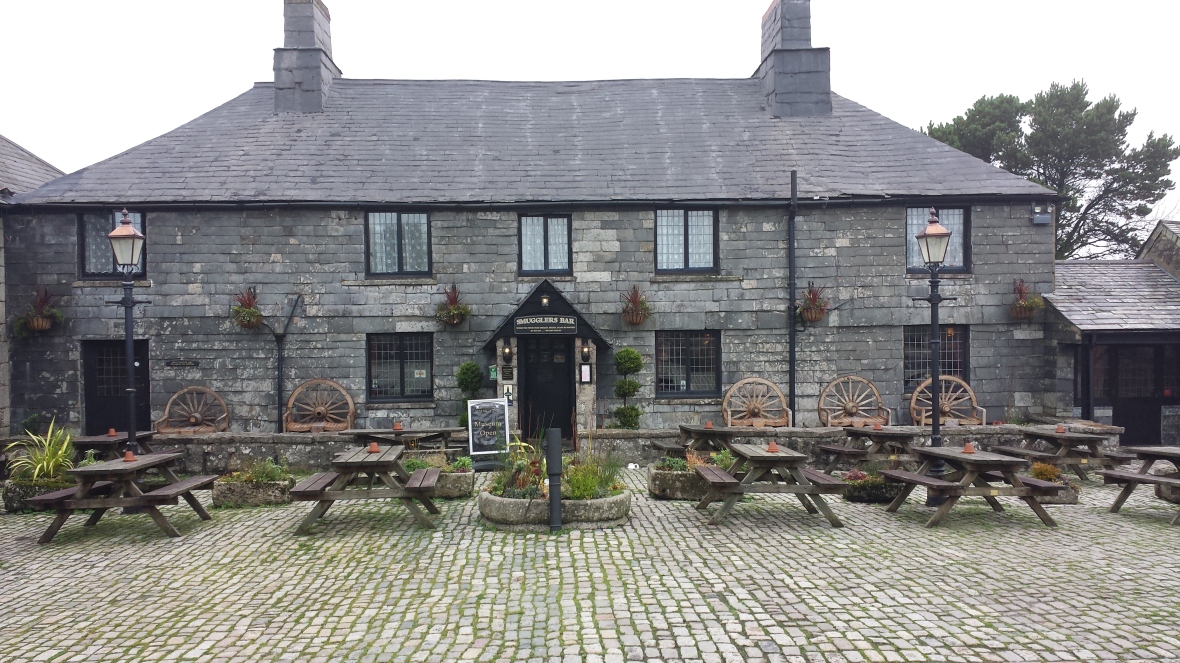 Up there on the purple moor, anyone might lose their moral compass.

Once, Phil and his sister and I and a three year old Maddie went walking on Bodmin Moor.

And the other adults were so engrossed in conversation that they did not notice Maddie had asked to stop to look at a stone, and they strode ahead and soon Maddie and I were alone on the Moor.

And I found myself suddenly,  unaccountably unnerved. A moor is a singular space, where heathy eternity mixes with great crags of stone which stand jagged on the sullen mountain-hills they call tors. We stood next to these natural stone monoliths, which are nothing to do with humanity but more with the universal being of things. Up there is plentiful evidence that man has been worshipping the elements for three tbousand years. Up there, there is no good or bad: only the will to survive.

Just an instant before now, in stone time, they built Jamaica Inn. In 1750, it was constructed crouching on an apex of major road running down through Cornwall , now the A30. It was intended as a Coaching Inn – or was it? Did the Smugglers have their eyes on it as a base, even before the first stone of that grey granite-and-slate place was laid?

There were, local lore declares, not your average smuggler. The Smugglers of Cornwall were often of a darker type: the wrecker, which lured ships with lights onto lethal rocks, drowning the passengers and crew, and making off with the contents.

Some time in 1930, the author Daphne Du Maurier took her horse out riding on Bodmin Moor.  And -terrifying development – the mist came down. You lose all sense of direction in those things, and could wander in circles until you perished, or died of exposure; or plunged off a ledge to certain death.

It was the lights of Jamaica Inn which drew her to safety. And I have not yet found the part of her writings which chronicles her receptionif there is one. But the place affected her so profoundly that the low, utilitarian building became the centre of one of her most famous and well loved novels.

Jamaica Inn knows its worth today. The grade II listed building remains a hstelty, though tourists’ cars have long since replaced horse-drawn carriages. The building is covered in signage declaring the presence of gift shop and museums, and a modest coach park has been laid out alongside. The great gravel forecourt, redolent of so much raw drama, is cobbled now, and visitors are invited to try the stocks-fabricated for the purpose- and take a photograph.

But it’s all a Pygmalion exercise, like trying to gentrify a wild-eyed beggar. The long low house sits on the road to Truro, untamed and hooded, keeping its secrets deep within its walls. You can’t change it, or its moor, and undulating unpredictable, beautiful place: despite the dual carriageway which carves a route nearby.

You can’t change a Smuggler’s Rest. 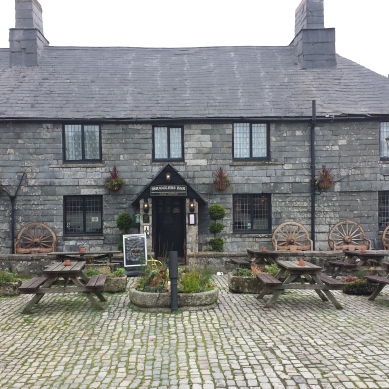 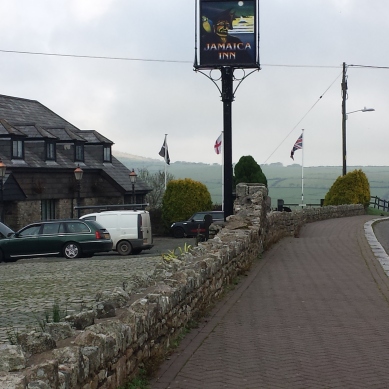