“And opening out the door of his cell, he pointed out with his finger the immense church of Notre Dame, which, outlining against the starry sky the black silhouette of its two towers, its stone flanks, its monstrous haunches, seemed an enormous two-headed sphinx, seated in the middle of the city.

The Archdeacon gazed at the gigantic edifice for some time in silence then, extending his right hand with a sigh, towards the printed book which lay open, and his left towards Notre Dame….’Alas’ , he said, ‘This will kill that.'”

What, the book will kill the cathedral? his listeners ask, baffled, and then they realise: no, that is not it. What will deprive that monster of its power is the printing press. For from the day it was invented, L’Homme Ordinaire would no longer need the church to interpret things of heaven and earth for him.

Since forever, the church had financed the building of cathedrals to evince the glory and majesty of God to his subjects. Those soaring pillars seemed to belong more to Heaven than Earth. They represented everything that was learned, learning itself. Would it be too much to say that cathedrals  kept man tame by way of its architecture?

And then there was the way books had always been reproduced. They were hand-copied, lavishly embellished by teams of monk-scribes. they were the preserve of the church, as high above the heads of Everyman as the finials of those cathedral-pillars. Learning was an impossibly distant thing, which belonged far away from everyday living.

The Abbey of St Genvieve was no exception. Since the sixth century they had been copying books there, at the oldest abbey in Paris: and their library was, well, magnificent.

But its great collection – after the revolution, was there a place for it any more?

Hugo posted words brazenly into the mouth of his Archdeacon. In the spirit of Liberty, Man could equip himself with the learnings of mankind simply by picking up a printed boke and reading it.

As Hugo wrote, the final patina of dust was settling after the revolution. In France, the reaction against the old establishment had been savage. They threw away time itself; there was no room for compromise. Love, or death. It must be one or the other and ne’er a middle way. This must kill that, and bring about a beginning, start time again, wash away the grime and wisdom of a past which belittled L’Homme Ordinaire.

So the book must kill the very infrastructure of the old ways, their towering cathedrals.

Yet, there it stood, just yesterday: Notre Dame, that hoary, bewitching old creature. Had the Parisians wished to take it down it would have done its best to beat them, you may be sure: but those city folk, toughened and numbed by hardship and hate, would have taken it down stone by stone.

Somehow, here it is, still standing. The greatness and beauty of a building soaring heavenwards proved, somehow, too much for the scurrying ants at its foot.

This did not kill that.

With thanks to Michael Maher, husband of Andra Watkins, who walked us through the streets of Paris yesterday and told us a bewitching story. 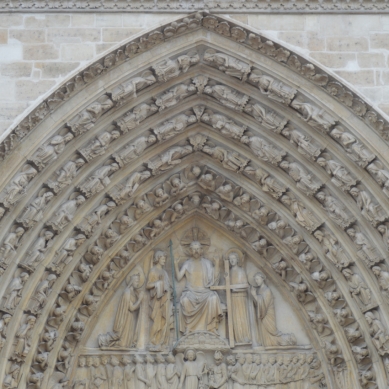 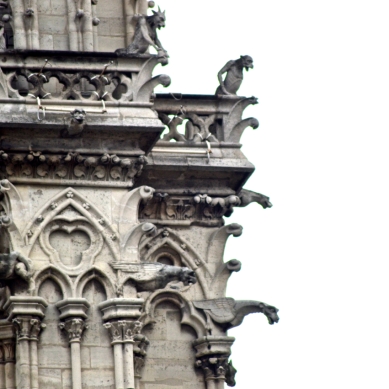 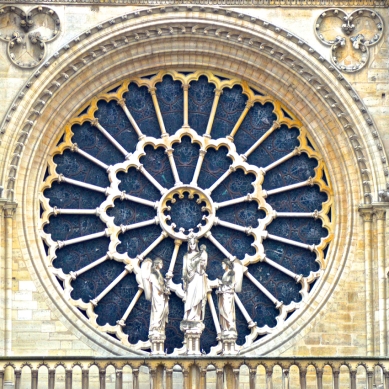 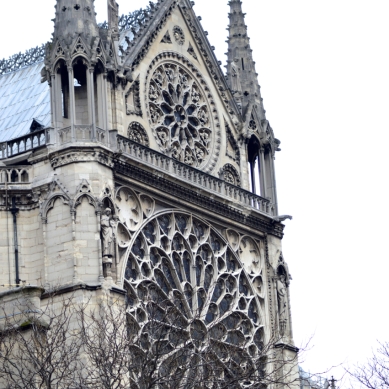 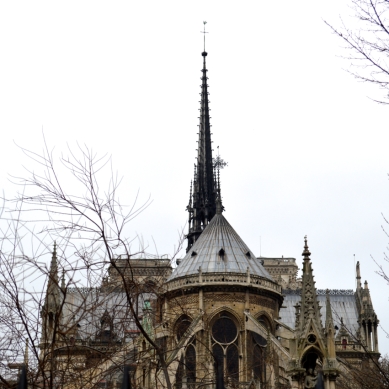 21 thoughts on “The Two Headed Sphynx of Paris”