William the Conqueror got off the ship.

It was quiet. Too quiet. The English were preoccupied elsewhere, fighting Vikings upcountry, and the coast was as sleepy and seemingly undefended as it is these days.

His ship was the first to beach, but many more were following suit. And while the disembarkation of the other ships continued, with war horses and archers and knights spilling out onto the sand and shingle, everyone worked hard; but there must always come a time for breakfast.

There were no tables to speak of onshore. But legend says there was a huge, rough-hewn piece of stone, flat enough to take breakfast on, and Duke William sat and ate his fill, there on Pevensey Beach 949 years ago.

The people of the area held onto the stone. Legend enveloped it, stories surrounded it so that no-one knew  if the tale of the Conqueror’s Breakfast Stone could possibly be true.

William, of course, went on to rule England with a rod of iron, and compiled a book cataloguing every settlement which might pay him taxes.

Amongst these was a very different place: an inland settlement, not far from the City of London. It didn’t have a name then; it was just mentioned in William’s Domesday Book as a vineyard with woods enough to keep 100 pigs. A little later, around 1200, it acquired a name: Bloomsbury.

The Bloomsbury of 1200 had a long way to go to become the graceful facade of Virginia Woolf’s time. It was not until 600 years later that Scottish architect James Burton laid covetous developers’ eyes on the land due for sale by the old Foundling Hospital, that wretched philanthropic venture which took in abandoned babies during the 18th century.

He bought up enough land to build 600 houses in Bloomsbury and then laid out some of Bloomsbury Square and Russell Square in a  typical, wide-open, graceful style.

Once he had finished Bloomsbury, he began to look elsewhere. And his eye lit on  that patch of land on the south coast, just along from Hastings.

It was almost 60 years since William Buchan had published his classic Domesic Medicine, in which he advocated swimming in the sea to cure a wide range of ailments. And by now, folks had become accustomed to heading for the seaside for short, bracing stays on health grounds.

James Burton – and later his architect son, Decimus – hatched plans to create a brand new town, irresistible to the middle and upper classes swarming to the coast in search of health cures.

And what plans they were: a grand hotel facing the sea, a vast monumental bathhouse in front complete with Doric columns; an archery, a church and assembly rooms. And, a little jewel in the development: a small area of subscription gardens, for which families could pay 25 shillings a year to have access. 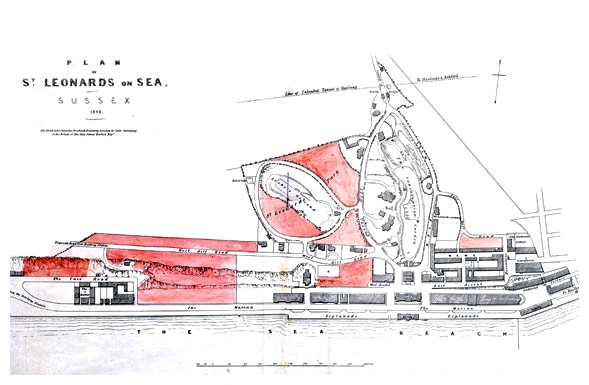 Just before the park was landscaped, the Burtons hired a set of oxen. Under their direction, they hitched William’s breakfast stone to ropes and the oxen pulled the stone all the way to the little landscaped gardens.

And then the gardens were built and landscaped around it, and there it sat for many a year. A spring was artfully installed to bubble over it, and locally they forgot all about William and just called it ‘Old Woman’s Tap.’

These days it sits on the sea front again, but no one breakfasts on it any more. Perhaps, when next I am there, I shall take my bacon roll and a large vat of tea and stand it on William’s breakfast stone and toast the Conqueror.

It has been an eventful 949 years. 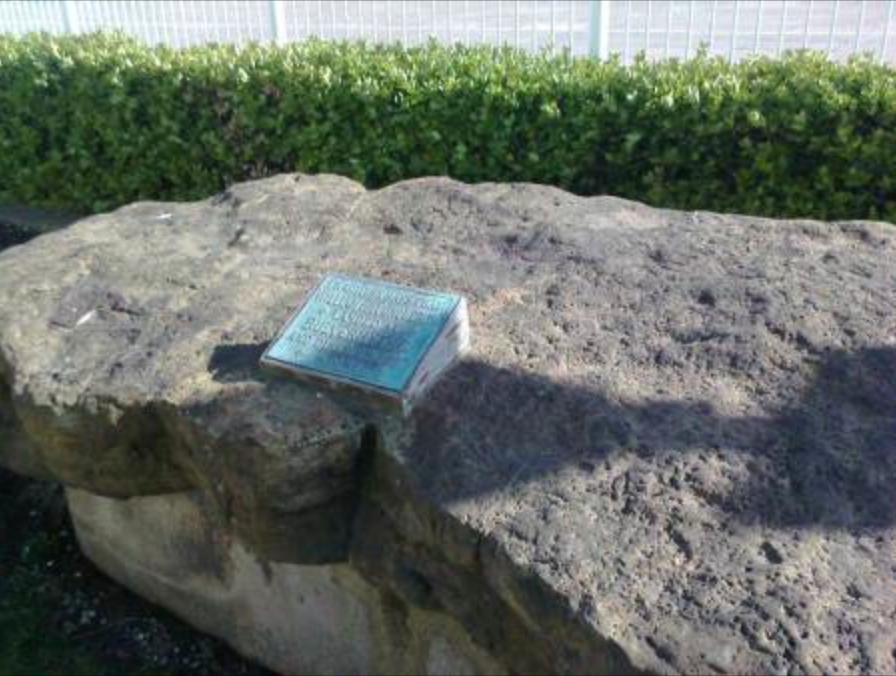 13 thoughts on “The Breakfast Stone”