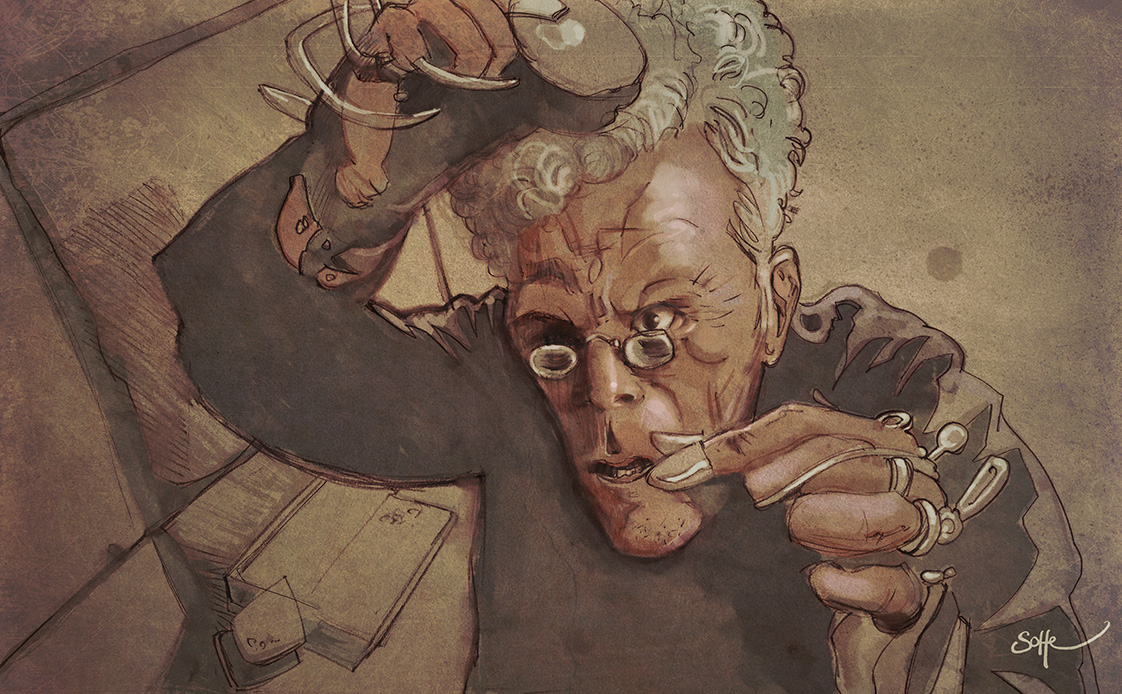 “I have only just realised that I am actually in a lunatic asylum,” wrote 23-year-old law student James.

“Who on earth ordered the cabman to drive me here?”

Who indeed. James’s letter was sent, more than a century ago, to to secure his release from the  Royal Edinburgh Asylum in Morningside.

His letter is one of 1000, written by patients between 1873 and 1908, which were revisited by Dr Alan Beveridge in preparation for a talk ‘Voices Of The Mad’ given in March 2013.

Victorian asylums were a considerable improvement on their predecessors. They were the subject of the gothically titled Mad House Act of 1774. Before that, anyone could make a business of shutting up the mad so no one had to look at them, and they were grim unregulated places as a whole.

But the Mad House Act brought in licensing of such places, and yearly inspections. In 1792 with William Tuke’s York Retreat folks began to whisper the unthinkable: that beautiful surroundings and some leisure and pleasure might be the best treatment for those whose minds were broken.

Yet: If you take a castellated mansion, and landscape it in a style something akin to heaven, it is still a place where broken minds live and you suffer an infringement of liberty.

And there is always the possibility that you should not be there at all.

“An individual, having unusual difficulties in coping with his environment struggles and kicks up the dust, as it were. I have used the figure of a fish caught on a hook: his gyrations must look peculiar to other fish that don’t understand the circumstances; but his splashes are not his affliction, they are his effort to get rid of his affliction and as every fisherman knows these efforts may succeed.”

It might be foolish to watch the fish thrashing around on the hook, completely and blithely oblivious to the pressures of the struggle that creature is facing.

Ignoring someone like this also means we choose to ignore the wisdom of engaging with them. The fisherman may not have completed his day’s fishing, and we could be next.

Today I am not drawing conclusions. Today, rather, I have a final story.

Really, it is simply a quote from RM Renfield, an unassuming solicitor who was sent on a routine trip to Transylvannia to close some London property deals with an East European aristocrat named Count Dracula.

The little solicitor fell to Dracula’s plans and we meet him in one of the aforesaid London institutions, quite mad; or tormented by a Prince of Darkness, whichever you choose.

” I am speaking,” he tells his doctor,” from the depths of my heart—of my very soul. You don’t know whom you wrong, or how; and I may not tell. … Can’t you understand? Will you never learn? Don’t you know that I am sane and earnest now; that I am no lunatic in a mad fit, but a sane man fighting for his soul? “