And then there are those of us who are in between. Who enjoy the magic made by a room of people and the inter-flowing relationships, the ebb and flow of human communication, empathy and antipathy, commonality and idiosyncrasy: we love all these things, providing that somewhere there is a little bolt-hole. A place to flee and be silent, and take off the outer world face for a little while, and breathe.

And then, perhaps, after time, go back for more.

This, for me, describes the perfect party. A set of rooms I can dip into and a silent room, preferably with a chaise longue or bed, where I can settle, and think, and contemplate, before returning to the fray.

And I am supposing – perhaps fancifully – that Frideswide Mussenden was similar, in that way at least, to myself.

She didn’t begin as Frideswide Mussenden; she was plain old Frideswide Bruce before she married her elderly banker husband. But she must have had some inner spark which could light the heart of man, because the man who built her little retreat – one of the most beautiful little libraries in the world -was not her husband.

Indeed, he was a bishop.

As often happens with the third son of a great family, Frederick Hervey, born in 1730, became a clergyman. As happens slightly less often, both his elder brothers died, leaving him as Lord Bristol. His swift advancement in the church led him to Ireland, and he proved a transformative leader in Cloyne, Cork and Ross. So impressed were his ecclesiastical overlords that he was awarded the Bishopric of Derry.

The Bishop Lord, or Lord Bishop, loved beautiful things. In his youth he had fallen in love with the art and architecture of Europe on a long grand tour. When he inherited his family estate at Ickworth in Suffolk he took the old plans his father had made for the place and completed his vision, adding wings to a great domed rotunda which is still one of the most gracious stately homes in England today.

But some of his time must be spent in Derry. Historical figures become colourful when we know the detail of the decisions they made and the things they said: Frederick chose a stunning location on the green cliffs near Castlerock, an inspired and  beautiful location open to the elements. He had a castle built there, and hosted wonderful gatherings. It is said the bishop had a mischievous streak and sprinkled flour on the floor as dusk fell, so he could find out who had been visiting whom during the night.

I mentioned he loved beautiful things, and his young niece was no exception. When he quarrelled with his wife he would go to stay with Frideswide There must, at very least, have been a palpable spark between them visible to everyone, for tongues wagged and the relationship found its way into the Freeman’s Journal, the pro-British newspaper in Ireland.

For Frideswide, he built a retreat.

A path leads from the impressive castle walls down to the very edge of the cliffs. And there stands a small but perfectly formed rotunda, a library which he filled with books. When the partying got raucous or the young woman was tired or craved silence, she could withdraw to this very small piece of heaven perched on the Irish cliffs and gaze on the ever changing light of the sea and skies.

The scandal of their relationship took its toll on the young woman. She died very young, aged 22, in 1785, leaving the books of her little library to question where the delicate fingers which should have turned them had gone.

To this day it is called Mussenden Temple, and though the books have gone people occasionally get married there.

It is still a place where the besotted can feel perfectly at home. 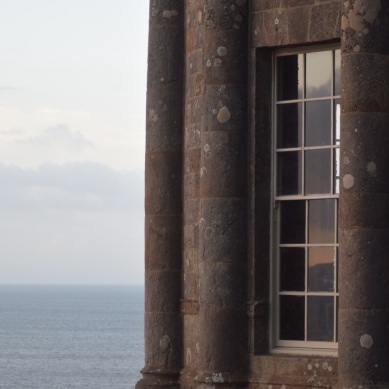 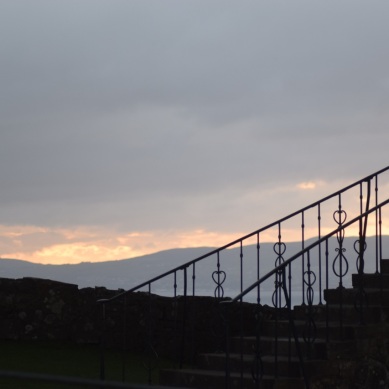 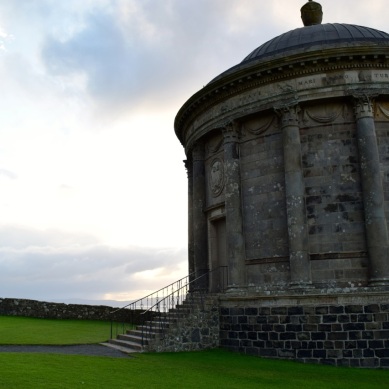 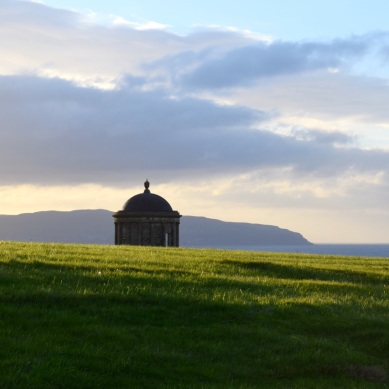 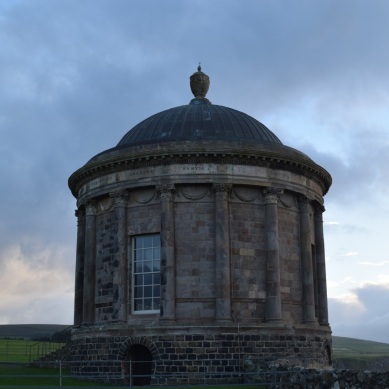 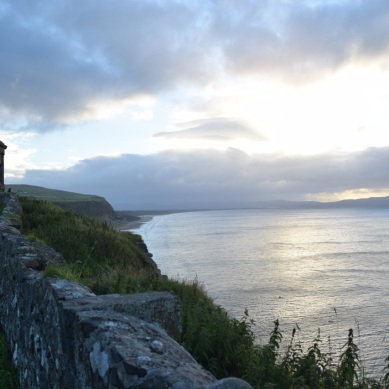 19 thoughts on “Build her a library”