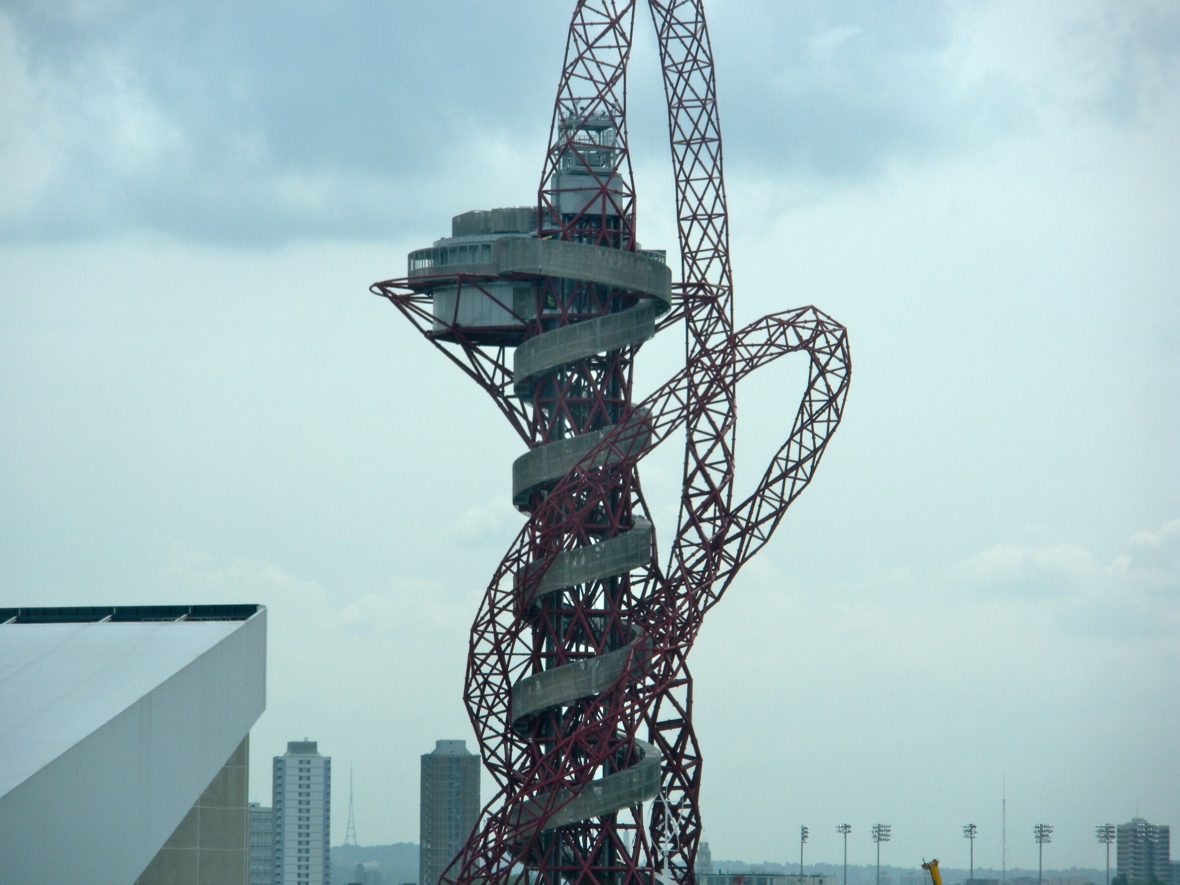 My four-year old nephew, Big Al, loves the Olympics. Though he hasn’t the foggiest idea what they are about.

What he does know, with all the zeal of a preschool boy, is that the Olympics means a lot of exercise and joyful bellowing.

He knows this, because he has practiced joyful Olympian bellowing long in advance of the beginning of the London 2012 Olympics, set to begin on July 25th.

His dress rehearsal helpfully presented itself when the school, attended by his family, put every single pupil on  luxury coaches and bussed them up to tour the Olympic site in Newham.

If you asked Al where his sisters and cousin were during the day, he would say: “At the Olympics.”

At collection time, Al stepped outside his front door brandishing a laminated picture of the two Olympic mascots. I have never warmed to Wenlock and Mandeville, but Al has. He asked for a picture  to welcome back the coach; and his mother cleverly printed one out and made it waterproof.

Al was beside himself. He was limbering up for the bellowing. He knew the coaches would be back soon and he wanted to show them all Wenlock and Mandeville.

I expected tired, grumpy children. But when the four coaches rolled majestically onto the playground the children who greeted us were energised. They were full of a day in the Olympic Village. Al was beside himself, bawling happily “I hope you enjoyed the Olympics!” and waving Wenlock and Mandeville as if they were the standard of a Roman legion.

Felix charged towards me with a wide grin on his face and an empty packed lunch bag.

His day had been peerless. He was part of the Olympics at last.

He had brought back intelligence about the Olympic site. Highlights included a picnic in Greenwich park, taking copious pictures of friends and the class teacher, and a picture of the queen constructed entirely out of jellybeans.

Accompanied by official guides they went everywhere except inside the stadia. The swimming venue  has a vast pool constructed in a V shape, Felix tells us; with one leg 250 metres, and the other 100. The equestrian sports arena has a regal raised balcony overlooking it. He saw the open air hockey venue, the BMX venue- an edgy design with a track held up by a pile of scaffolding –  indoor cycling, and the stadium itself.

He marvelled at an Olympic sculpture which looks like something out of Mad Max, or a rebel command centre from the Star Wars Trilogy. Take a look here. He noted that the new walkway they have constructed over the O2 arena especially for the occasion costs a whopping £22 for an adult to ascend.

A futuristic skyway – a cable car – traverses the site held up by huge columns remeniscent of Springfield’s monorail.

But the best moments were courtesy of two retail giants. For it was on the third floor of the John Lewis Department Store that the chattering schoolchildren got their best view of the whole site. The store has set up an observation deck with binoculars and gym equipment.

And then, there was the Olympic torch.

It comes courtesy of a Swedish corporation: IKEA has built a 40-foot high sculpture modelled on the torch. Part of a new development in Stratford, it will be festooned with LED lights and light up the Olympic skyline.

Not much seemed finished yet, Felix noted. The chairs are still being fitted in the stadia.

But the countdown is on.

28 thoughts on “A Coach Trip to Olympia”