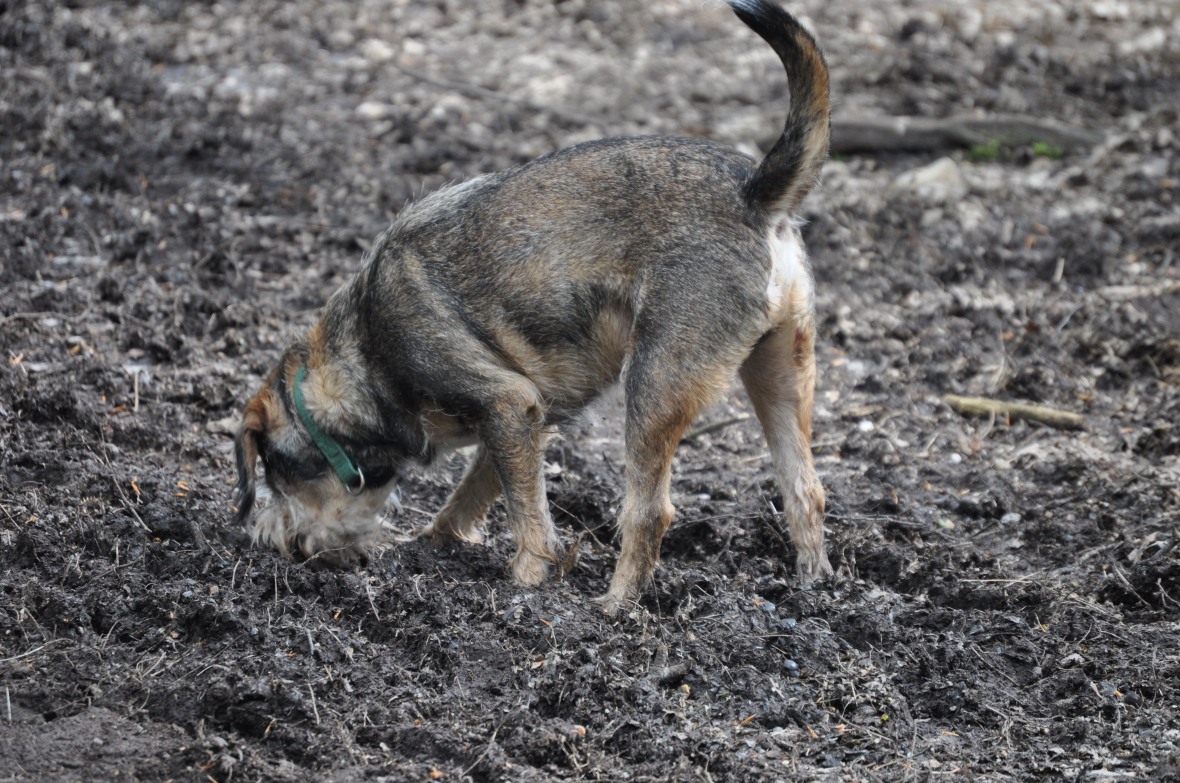 Status updates? There’s a species which has been posting perky self-publicising confidences in the public domain for millennia.

I speak, of course, of The Dog.

While we congratulate ourselves on having finally created Facebook, Twitter and the internet, on which we can all, democratically, leave our mark, canis lupus familiaris has the whole social media thing taped, and doesn’t even need a computer.

No: it needs a prolific bladder, a semi-decent aim, and a nose for news.

Take that scruffhound from the Berkshire Projects, Macaulay Shrewsday.

A walk with this small disheveled terrier – a dog with his own dust cloud –  is an education. We mourn that luxuriant moustache as it is trawls through hedgerow and leaf mould, deer droppings and fox poo.

While we wince and shudder, making mental notes not to let Macaulay near any of the children later, he appears to be sifting and evaluating with the gravity of a master chef testing the soup which is about to make its way out to a Michelin judge.

He seems to play that snout like a virtuoso violin, with all the accompanying non-verbal language.

But just how much do a dog’s status updates really say about him?

Opinions are divided. Mainly because you can’t ask the dog to tell you. You’re stuck, obsessing and hypothesising and surmising why your dog sniffs other dogs’ bottoms with such unsettling application.

The dog’s superior sniffing-power is beyond dispute. Humans have five million scent receptors, and even the most lowly dog has 125 million. The teeming microscopic world of bacterial life is open to their noses when we can’t smell a thing.

Dogs can smell what bacteria are doing a great deal better than we can. Seattle Police Department produced a report which says we are covered in bacteria and so is everything else. As the bacteria eat things they produce bacteria-gas. Flatulent bacteria is what the dog smells through that extraordinary purpose-built nose of his.

Every dog, goes the common theory, has its own signature, much like a fingerprint. The dog leaves messages for its contemporaries, just as if it were using a bulletin board.

But Psychology Today writer Lee Charles Kelly disputes this. He says the dog’s psychological makeup just doesn’t match up to the theory. These are not status updates: they are just attempts to mask stressful smells.

“It doesn’t make sense that any dog would have the intelligence necessary to leave messages for other dogs in this manner…” he writes.

“That’s pretty complicated thinking for a dog, ” he adds.

Instead, he says, it could be all down to vasopressin: a hormone which controls water retention. Low levels in humans result in bed wetting; and stress hormones work hand in hand with it. Maybe, says Kelly, the dog covers a stressful smell with urine to relieve stress; and having achieved this release he repeats it as faithfully as any of Pavlov’s dogs.

But watching Macaulay Shrewsday, the maestro at his smelly work, I am not convinced. Such pleasure, he gains from trawling the world for smells that I feel sure this is more than just stress relieving.

Every gesture he makes leads me to believe that he is indulging in a time-honoured gossip exchange, in this most sophisticated form of social media.

50 thoughts on “Social Media For Dogs”