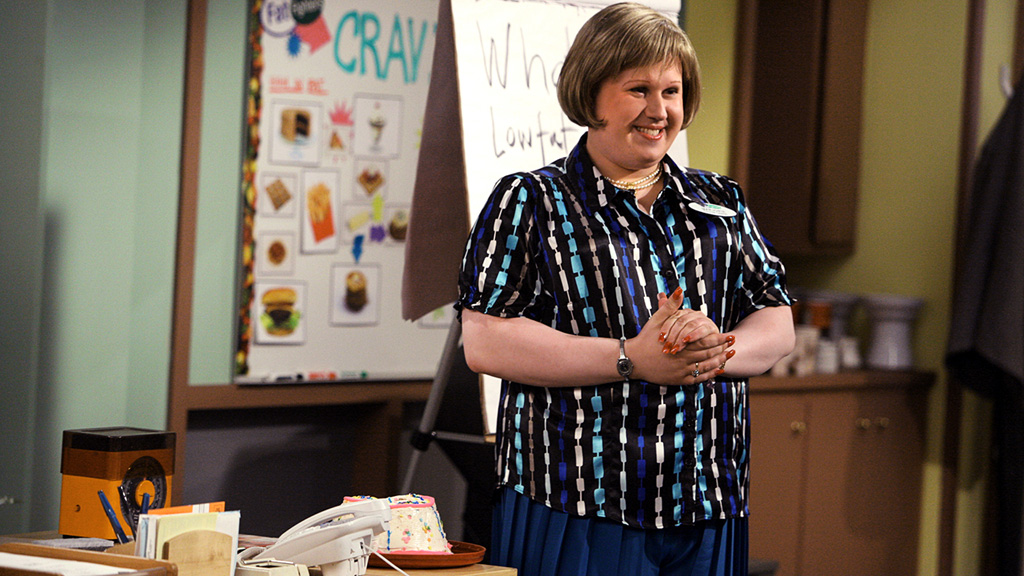 Food and I: we’re good mates.

I like cooking and preparing it; I love eating it.I go through carb-abstaining times, but they smart. Every now and then there is a waistband rebellion and Phil and I lecture each other sternly about not snacking on things between meals. Tomorrow, we say, is the first day of the rest of our lives. I resolve to look like Madonna after a crash-course three-week chicken and lettuce regime.

But the thing about Madonna is, she’s got a dirty great mansion which houses a large kitchen and a top chef. It is his job to find new and delicious ways to present green leaves.

I can moan, but the truth is: I just don’t want to suffer for the cause. I like shortbread. So sue me.

I hear one top model used to allow herself six raisins a day as a treat.

We did have a very successful soup-only initiative which lasted for about a week. It owed its success to the fact that I was able to spend ages preparing new recipes so that the final outcome felt as if it really were like one of Mr Willy Wonka’s three course meal sticks of chewing gum. A whole meal in a bowl of soup: sweet potato and rosemary, chicken and lentil, potato and leek.

But soup palls after a week. One finds oneself craving buffalo once more.

We are fairly average: and not concerned enough to head for one of the many organisations keen to help one lose both weight and cash all at once. They hold meetings and public weighings, and swap recipes and exercise tips. They allege that losing weight is easier when it’s done in fellowship.

And the internet has brought new ways to stay accountable without the need to involve bossy group leaders in one’s progress.

Now you can log in and record your details online in personalised trackers; you can access thousands of squeaky fat-free recipes; you can download iPhone and iPad applications to monitor your progress.

It’s all very helpful: but I do begin to experience a batsqueak of unease as we welcome with open arms more and more monitoring, the passing of information from one place to another with such blithe regularity.

In 1971, Gene Wilder played the Willy Wonka I adored: and hidden in the film was a prod at new technology and the lengths to which it will go. Mike Teevee wants to travel by TV, and Mr Wonka has made that possible. He demonstrates how a chocolate bar can be translated into millions of tiny pieces, travel through the air, and re-materialise in a television opposite.

It materialises considerably smaller, and Mike suffers the same fate. But the idea of bits travelling through the air seemed incredibly futuristic as I gazed into Gene Wilder’s wild eyes.

Enter, the latest tool in the war against overeating.

Imagine a set of scales which weighs you and then, immediately, transmits the results in tiny packets of data to somewhere else.

It sounds like the future: but the future is here. The Aria, by fitness company Fitbit, does what Mr Wonka did with chocolate using television sets. It teleports your Body Mass Index, weight and (terrifyingly) body fat percentage through the air from the scales, flinging it out into space, only to land gently in somewhere in cyberspace.

Of course, you couldn’t pinpoint where all that deeply personal information about you was on a map; cyberspace is not so tangible.

But it strikes me as either smug, courageous or desperate, flinging your body fat facts to the four winds.

Written in response to Side View’s weekend theme: food. You can find the details here

35 thoughts on “Wi-Fi Weightwatching: the Future is in Cyberspace”