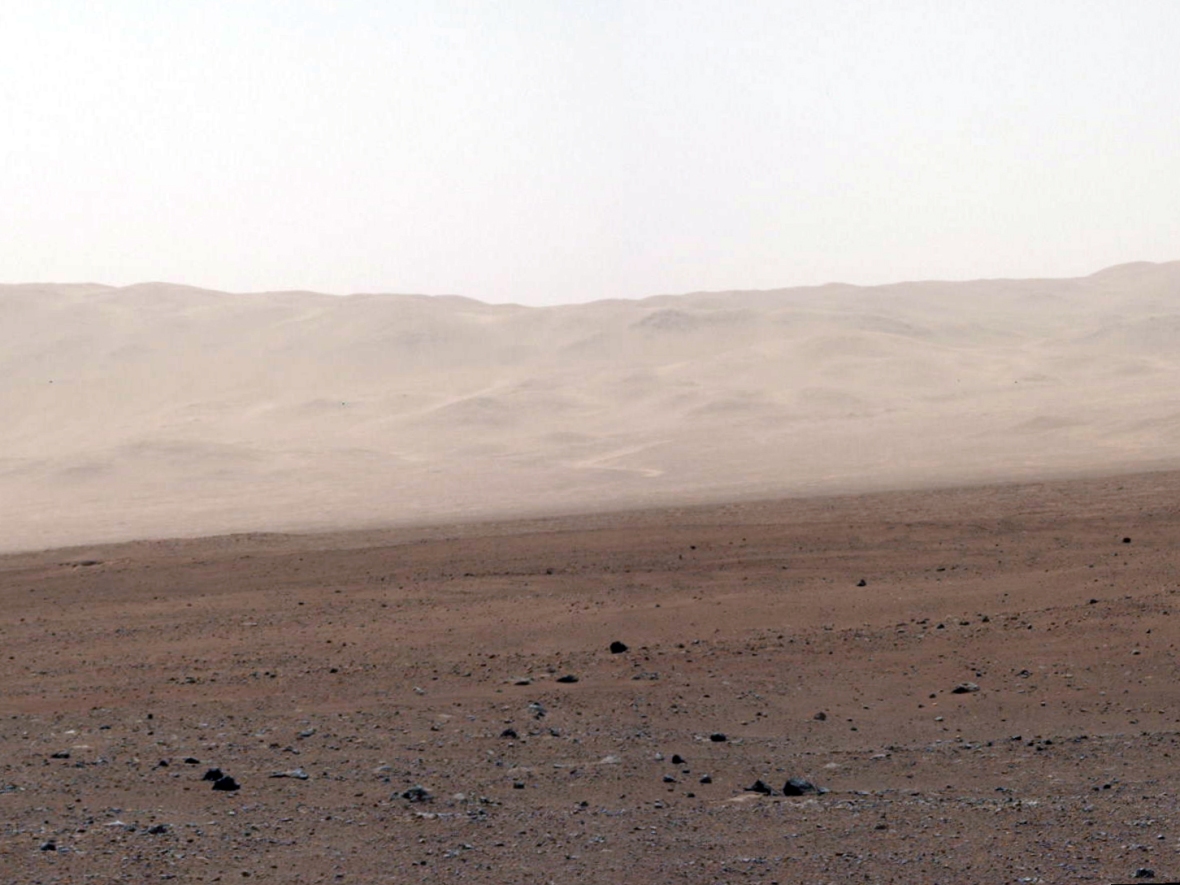 It appears man’s technology is not advancing quite fast enough.

Six weeks ago, the rover robot Curiosity made it to the surface of Mars. It was not a dead cert. There were many things which could have gone awry: but mankind in general and NASA in particular patted themselves on the back when the little robot made it.

What an achievement. Our man on Mars, taking pictures of that ethereal moon, Phobos, crossing the sun; strolling across the surface of the red planet and sending back holiday snaps.

It has not travelled far, however.

During its six week vacation – it landed August 6 –  it has trekked a vast 950 yards and now it has become extremely preoccupied with a rock.

I can see why. It’s a pretty shape.

A bit too pretty, if you ask me.

It is a creditable pyramid, in dark stone. According to the BBC it is about 25cm high and  has a base of 40cm. NASA called it Jake, a memorial to one of their team who died before he could see Curiosity land safely.

So Curosity and Jake are deeply engrossed in each other. They are having long staring contests. In a sophisticated bonding ritual Curiosity will be firing its little ChemCam laser to find out what Jake is made of, and getting up close and personal with its X-ray spectrometer.

Yes: beyond Gale Crater where our incredibly sophisticated little hardware bot is working away, just out of sight, the Martians are chuckling because a mantelpiece ornament is causing so much stir with the tiny interloper.

And they shake their unearthly oval heads with mirth as they load up the family martian-carrier with picnic, camping supplies and enough entertainment to keep the little martians happy for a very long ride.

It’s not hard to outwit Curiosity because curious as he is, he’s not a fast mover. You can sneak a whole icebox and martian beers past him before he can even look over his little botty shoulder.

But not that good.

It was the coastguards who got the first calls.

Last night (21 Sept) they were inundated with calls from people living on the coast of Northern Ireland, from Coleraine on the north coast, to Strangford Lough in the south east. They had seen strange objects in the sky: lights. Lots and lots of lights. Like, one observer said, the film Independence day.

It is true that calls were also made in Dublin but it must be noted that there are many public houses in that fair city.

Sightings were also made in Edinburgh and Glasgow, as well as coming as far south as Norfolk.

The BBC is always the one that gathers information like this. People ring them up and they tell them because somehow, it’s a bit like telling God or the Queen or David Cameron. We know intrinsically that all three will be watching the BBC’s coverage.

One onlooker told the BBC it was a  “kind of a mass of light, gold light. Everything moving in unison”.

“It wasn’t diverging or whatever. I thought it was a plane at first. It was quite low on the horizon and moving much slower than I’d expect to see a shooting star, but it was amazing.”

HG Wells was responsible for writing an account of Martian landing so vivid we feel as if we probably did experience it, back in the dying days of the 19th century. People spotted meteors and then the next day, walking out on the common in Horsham, Surrey, they came upon a ship. While it was closed it was great fun to sightesee: once it opened it became clear mankind was doomed, saved only by a little earthly cold virus.

And Orson Welles used his account to stir mass panic in the public on October 30, 1938 when he dramatised the novel with such immediacy that everyone knew for sure it was real.

40 thoughts on “The Martians Are Coming”