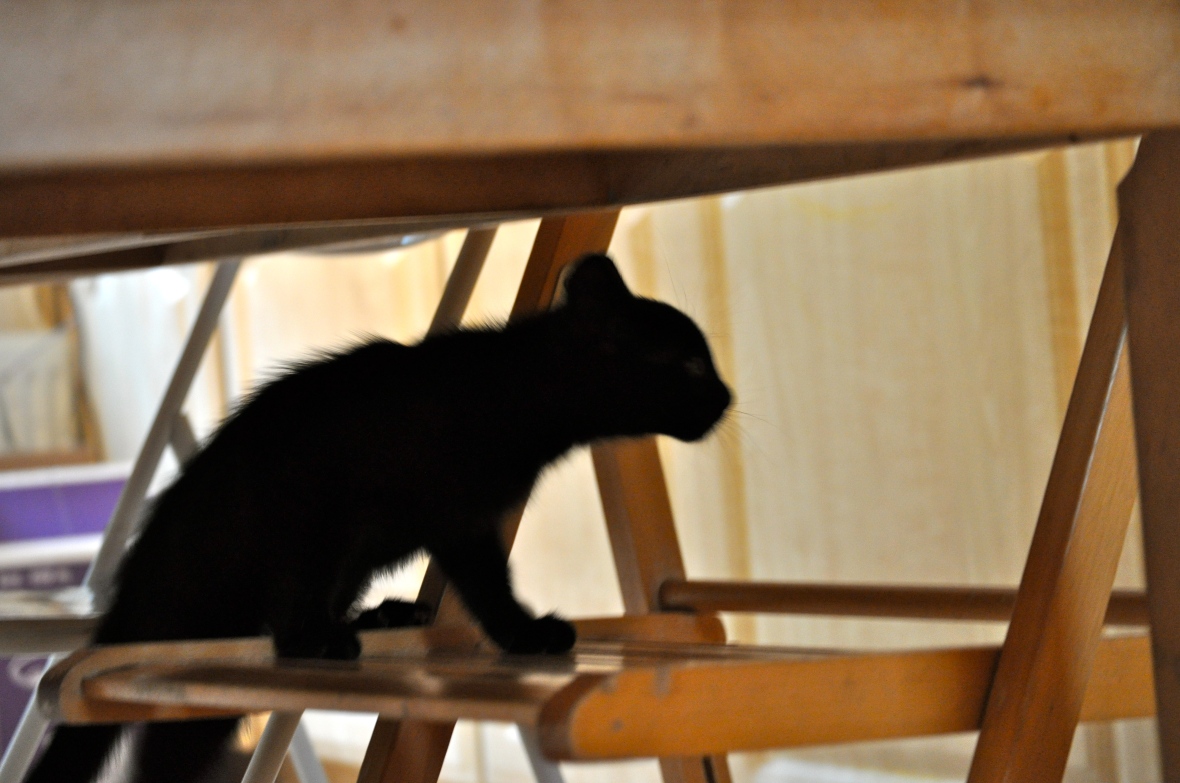 He has grown a little since his arrival, 21 days ago. But it is in bold audacity that he has proved he can excel.

We began by instigating a stairgate so that he could choose when he first saw Macaulay the family dog, and on what terms. His first few days were spent in my study, a roomy middle floor cushioned paradise with all modern kitty conveniences.

He seemed so timid we could not imagine him ever taking over this huge three story monolith as his own.

But it was all a cover.

Having cased the joint enthusiastically, it seems there is nowhere he dare not tread, and no-one he dare not challenge.

He sees Macaulay – much to the dog’s chagrin – as a sparring partner. Clive began by approaching Macaulay with small bristling arched back and a sort of sideways canter-challenge. Now, he is more often seen charging him full on. He occasionally jumps on the dog from above, and will saunter with intent towards his food bowl, though how he could ever hope to ingest one of Mac’s great food boulders is beyond me.

The dog is endlessly patient. Although it occurs to me that his slow reaction time means most events are over before he has actually registered them, leaving him resigned and bemused. We fuss him and buy him bones: but nothing makes up for the fact that the little upstart is allowed on the bed when he must lie, as always, obediently on his cushion on the floor.

Bond has all the dashing derringdo of his namesake. He is bold, and quite bad, and when he’s crept under the duvet he is dangerous to know. Perhaps we should have called him Byron.

But he is still young, with the purr of a Harley Davidson and a habit of mad spurts of energy followed by languid super-naps.

The world lies at his paws, waiting to see what will unfold.