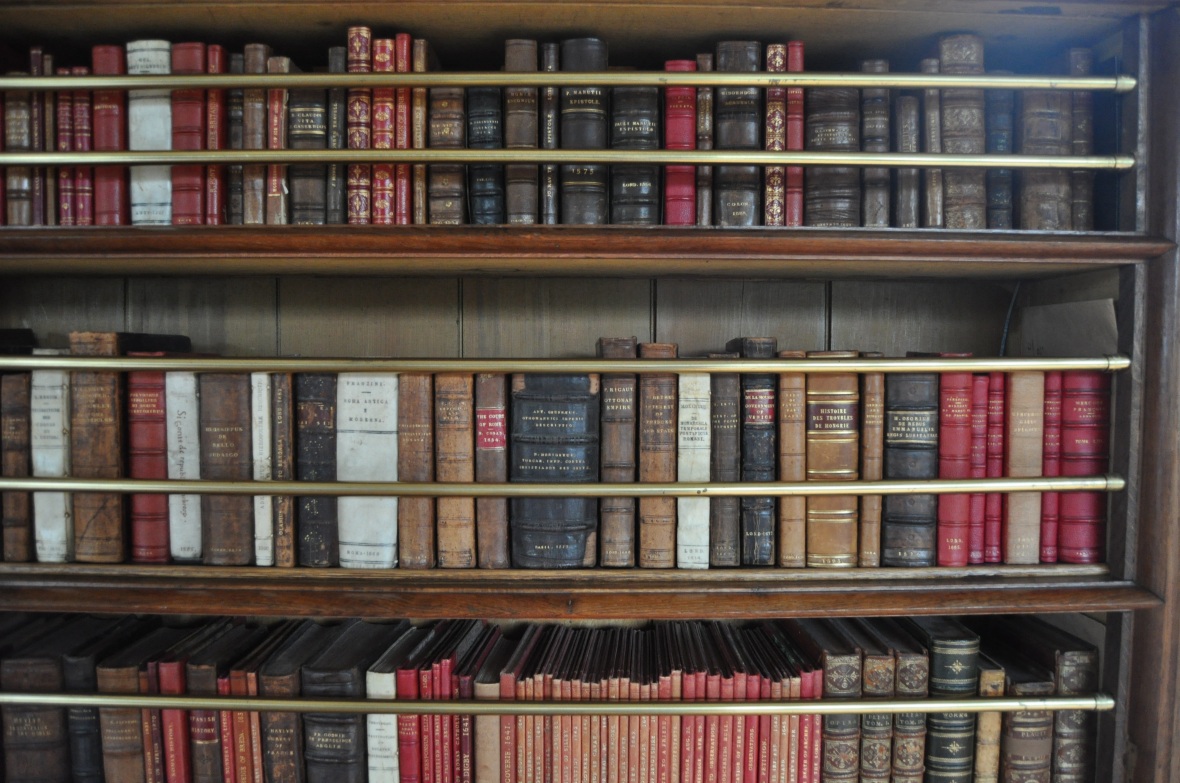 Friday: repost day. A look at the saucy past of our lending libraries.

I think I have established, on several occasions, that I am the heart of disorganised darkness.

I straddle the borderline between the undisciplined and the unhinged, which is why I am always amazed that librarians do not see me coming.

But they don’t. It shouldn’t be allowed, there should be a law against someone with my previous convictions walking into a library, taking a choice volume from the shelves, and walking off with it.

Because within six months I will be in deep financial water, up to the top of my flowery wellies in library fines, gazing down the barrel of a bill for lost books.

Yet I still, occasionally, slink into the local branch of affably staffed fustian volumery, and try not to look shifty as I eye the shelves with intent.

Libraries  have not always been so fashionable. Indeed one clergyman – Pride and Prejudice’s oily Mr Collins – seems quite averse to them. On his first night at the Bennet’s house Mr Bennet mischievously invites the tedious man of God to read out loud to the family.

The vicar pounces on the idea, right up until the moment that a book is produced, when he starts back: because “everything about it announced it to be from a circulating library”.

Apparently it is a novel, and Mr Collins does not read novels.He prefers ‘books of a serious stamp’. He settles for Fordyce’s Sermons.

Once, the circulating library  – distant forerunner of the local repositories of today – was a bastion of bad influences.

For evidence, look no further than Sheridan.

The Rivals is a wonderful tale, the very heart of which is a young noblewoman’s obsession with romantic novels. Her soul mate is readily available in a comfortably arranged marriage: but she would rather have a penniless romantic hero.

Of course, due to a little light deception, they are, unbeknown to her, one and the same.

Very early on in the proceedings Sir Anthony Absolute, the hero’s father, expresses his concerns about the new lending libraries which seem to be springing up everywhere. He tells the comical Mrs Malaprop, the damsel-in-question’s guardian: “A circulating library in a town is an evergreen tree of diabolical knowledge! It blossoms through the year! – and depend upon it, Mrs Malaprop, that they who are so fond of handling the leaves, will long for the fruit at last!”

According to Dr Robert Clarke, of the University of East Anglia, books back in the 1600s were expensive to buy, so bookshops would charge a lending fee and allow readers to take and return a book for a small fee. Gradually the booksellers began to build up stocks of books for rent as well as those for sale.

Scottish poet Allan Ramsay rented books from his shop in Edinburgh in 1725: and from that moment the trend began to grow. By the 1740s there were at least three circulating libraries in London.

The libraries thrived. And this had a very interesting side-effect for writers.

Libraries, it seemed, created a hunger for books. In the 1720’s just six fiction titles were produced each year in Britain. By the 1800s British readers were enjoying around 70 new titles. And this was happening even though the price of fiction trebled between 1780 and 1820.

For the first time it became a going concern, this writing lark. Libraries caused prices to rise and the number of titles to shoot up. The price of each volume meant a writer could make a tidy sum with their words.

And who was foremost in this popular trend for the novel?

The women, of course. Female readers fuelled a revolution and brought a host of female writers to the fore. One must wonder whether Austen, or the Brontes, might have had the same opportunities for publication 100 years before, when just six works of fiction made it to the printing presses.

So our mild-mannered lending libraries have a steamy past. And they are also responsible for bringing a whole gender one step further towards recognition: they brought the words of a generation of insanely talented women to the fore.

What a lot we must thank them for.

52 thoughts on “The Steaminess of the Local Lending Library”