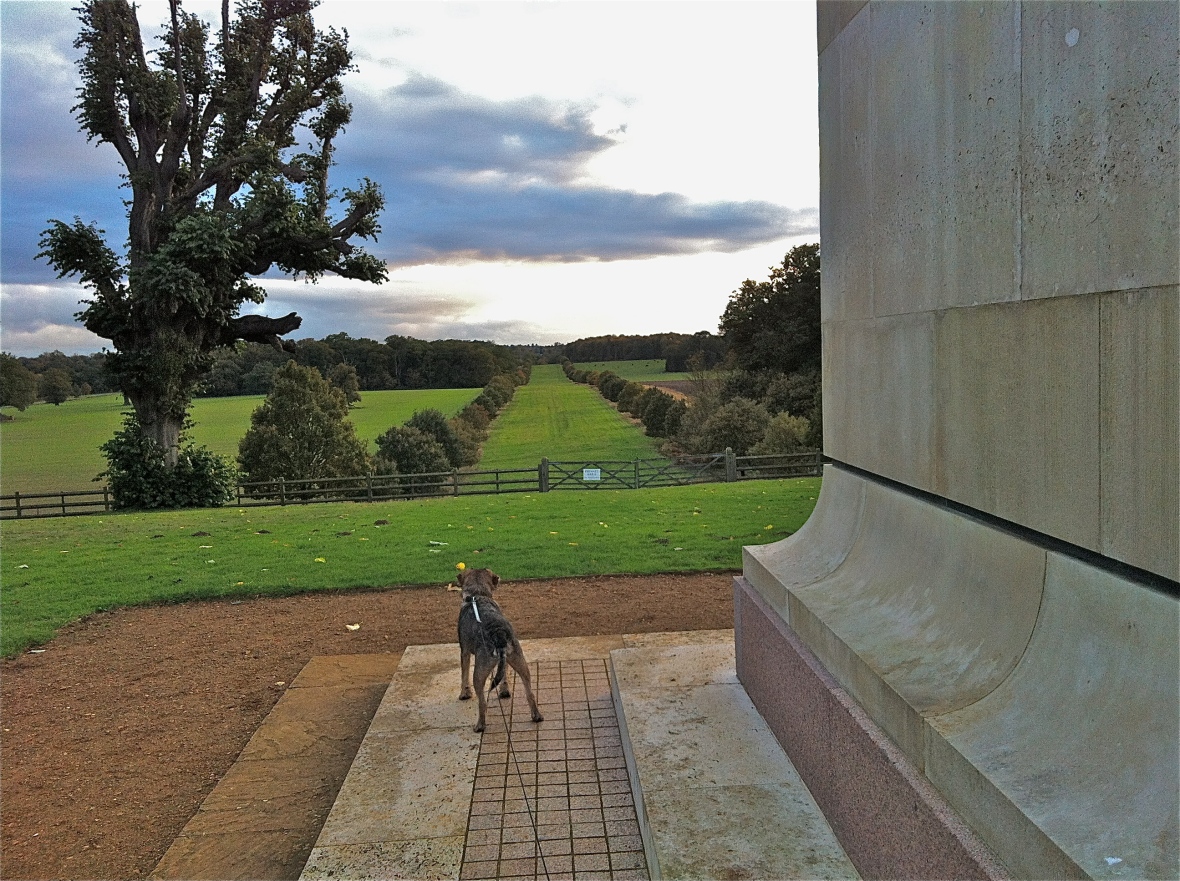 Hallowee’n approaches, and I cannot get any decent research sources anywhere.

Although, googling “do dogs see ghosts?” probably isn’t the best way to source the very best in balanced, reasoned debate.

It is a feature of the cyberworld that every question asked, no matter how outlandish, is solemnly posted. Yahoo does not evaluate “Do dogs see ghosts” any more than it weighs up the merits of “what do aliens eat for breakfast” or “when is King Arthur’s alarm clock going to go off?”.

Ask a dog, and you’ll get nothing. They’re not daft. They’ve secured an incongruous reputation in the spirit world as being utterly discreet, despite that Man’s Best Friend label. If they do have access to a world of walking wraiths, they’re not letting on. Smile and wave, boys, smile and wave.

So if the dogs won’t tell us, will the internet?

Oh, yes. The Internet will tell us anything we like. A veritable smorgasbord of The Truth, answers to my query vary from “No, but cats do” to “yes they can” and most engagingly “dogs don’t exist.”

So I was reduced to doing some action research myself.

I opted for the centre of several ley line junctions, Windsor Castle and the vast estate which surrounds it.

This place is suitably ghostly. Walking, my children, the dog and I overlooked the most haunted castle and park in Britain. Herne the Hunter is the most ancient. He is the same character you read about in Shakespeare’s Merry Wives of Windsor. A fearsome soul who wears a horned helmet, some say he is the ghost of a royal woodsman who disgraced himself by poaching. He hanged himself on Herne’s Oak, a stones throw from the dog’s eager paws.

And then there’s the grenadier guard. A relatively recent addition to the park’s spiritual portfolio, the stories say he shot himself on duty. They don’t say why: but he’s appeared to several hardened military men since, smiling.

Just down the road at the castle you might see George III looking out of the window of the room in which he is supposed to be incarcerated, Henry VIII strolling in the cloisters, and Elizabeth I pacing the library, amongst others.

Surely, if my dog could see ghosts, this would be the place for him to do so.

He was straining on the leash as we walked past the pink grace-and-favour gatehouse and into the Queen’s estate. He was rather frenzied actually. We began to think he was into something until we realised that the object of his desire was the preponderance of horse dung left by the horsey set on the metalled roads of the estate.

Macaulay paid solemn attention as we walked past ancient tree after ancient tree, each with centuries to its name: some inscribed with histories dating back to Victorian times.

But if he saw anyone, he was inscrutable. His main preoccupation seemed to be with christening the venerable old oaks. He enjoyed that very much indeed.

We pottered past the estate pond, where a line of swans and cygnets lined up to infurate the terrier. Terrier-baiting, I have discovered, is a favourite pastime of these tetchy royal birds. And thence, we repaired to the Queen’s post office and stores, where a chirpy Liverpudlian shopkeeper sold us ice creams.

It is possible the ice creams diverted Macaulay from his ghost-hunting mission. This is understandable. Breakfast was a long time ago.

And thence to Queen Anne’s Ride, a right turn past the playground, where the old Copper Horse has been echoed in a rather lovely statue of Queen Elizabeth II on horseback.

The dog sniffed and irreverently christened. He took delight in the earthy smell of the glorious cattle in the neighbouring field. He was in heaven, but he was showing no signs of seeing anyone from the world of in-between.

We finished our ice creams and turned back. We had a semi-definitive answer to our questions.

Macaulay either can’t see dead people, or he finds them far less interesting than cattle dung.