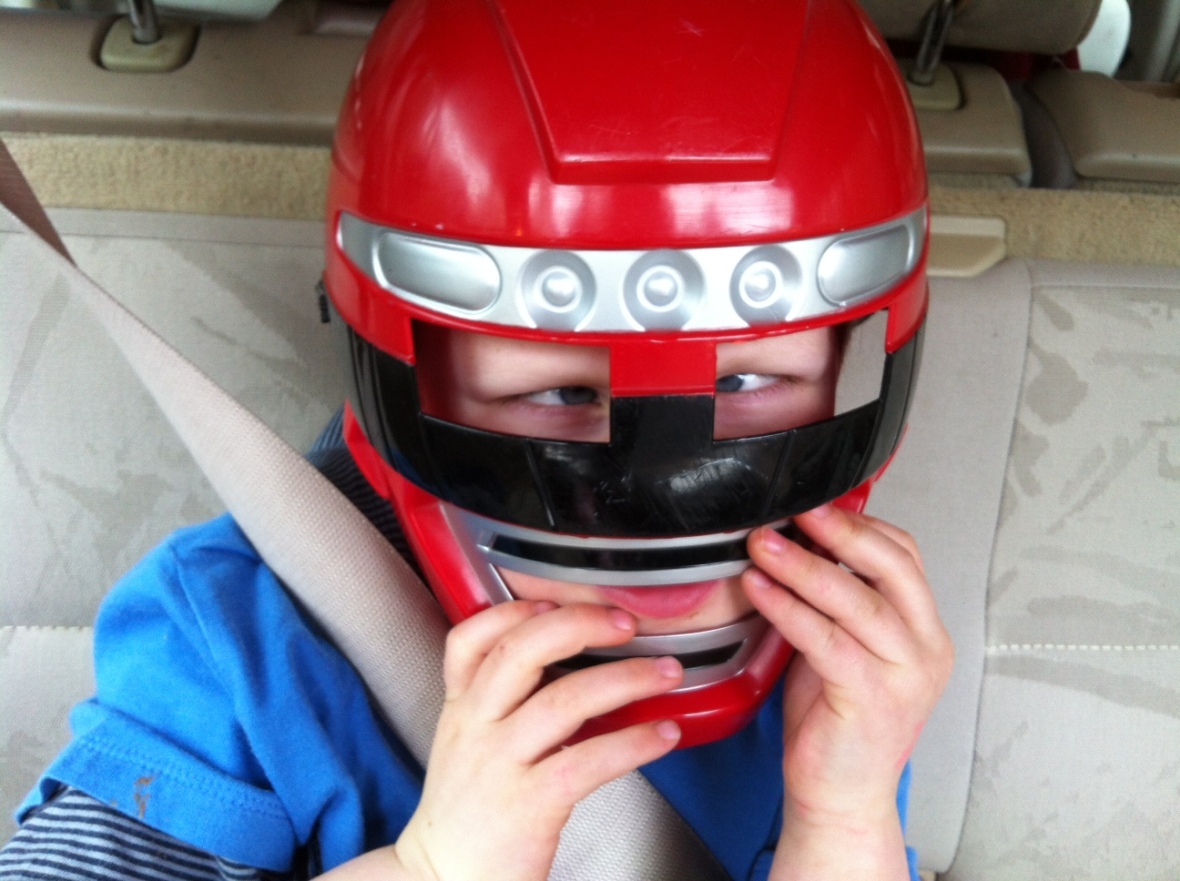 The day before Christmas we were tidying up.

We had ventured underneath the stairs. This is not advisable normally. Underneath the stairs consists of shelves and coat hooks and what would once have been a large airy space. But in a family with the size, organisational strategies, and animals of the Shrewsday family, it develops something like geological layers, formed over time. Tidying under the stairs is like being on an archaeological dig.

You could even chart the passing of time: there were the bags from the last day of school on December 22nd; the jumpers discarded in Autumn, when coats became the norm; and there was the summer layer; the cloth caps to shield one from the sun, the sandals. A pair of swimming goggles.

And then I saw the Power Rangers costume. Red, heroic, made to fit a very small person.

“Felix,” I said to my son (whose job it had been to clean Under The Stairs, but who had last been seen fifteen minutes before under a large pile of mackintoshes) do you still want this Power Ranger’s Costume?” It used, I recalled, to be a great favourite.

“Ummm…I don’t wear it any more,” he volunteered.

“Right then. We’ll throw that away.”

“”Well, what can we do with it, then? We always say we’re going to pass these things on to Al but we often forget and they stay there, gathering dust.”

“I’ll give it to Al.” He said. And he picked it up most assertively, and disappeared. His experience of The Dig under the stairs had not been a positive one. I let him potter off.

The next day, presents opened, it was time to go down to Al’s where we were about to eat Christmas Dinner. Felix and Maddie appeared with three packages. Tiny ones for the princesses, my nieces; and a large carefully wrapped bundle for Al.

On arrival and exchange of gifts, the children’s first question was predictable: and it is always better to ask an auntie than a Mummy. “Auntie Kate, can we open the presents now, please?”

She said yes. But the children did not fall on my posh presents. No: they headed straight for the ones wrapped by Maddie and Felix.

Al devoured the wrapping and stood, holding up the slightly grubby Power Rangers suit as if it were Joseph’s coat itself. His eyes gleamed with little boy awe. I cannot remember him putting it on: I think in retrospect he must have materialised himself into it. The next moment he was a superhero, of incredible stature and peerless powers. Though he was slipping a bit on the wooden floor.

“He’ll slip over if we don’t do something,” his grandmother worried on the side.

He sat while I found a couple of pieces of elastic and tied them up. And the Power Ranger informed everyone that he was not Al.

Obediently, we spent the minutes before dinner feeling the Power Ranger’s muscles, informing him how very strong he was, and watching sundry Power Ranger stunts.

And then, Al turned to his present from us: two pairs of pyjamas; one of which was a Spiderman costume.

“Auntie Kate, can you help me get the Power Ranger off, I want to be Spiderman now!” he said.

We hurried him out of the suit. There seemed to be an indefinable urgency about the change. And lo, there was Spiderman, all ready to eat his Christmas turkey.

We have a kids table and a grown ups table, but Spiderman flitted between the two, making cameo appearances to furnish us with on-the-spot reports of his dinner.  He was a trifle excited. And when the jelly appeared, Spiderman’s joy knew no bounds.

Christmas is so much more fun incognito.