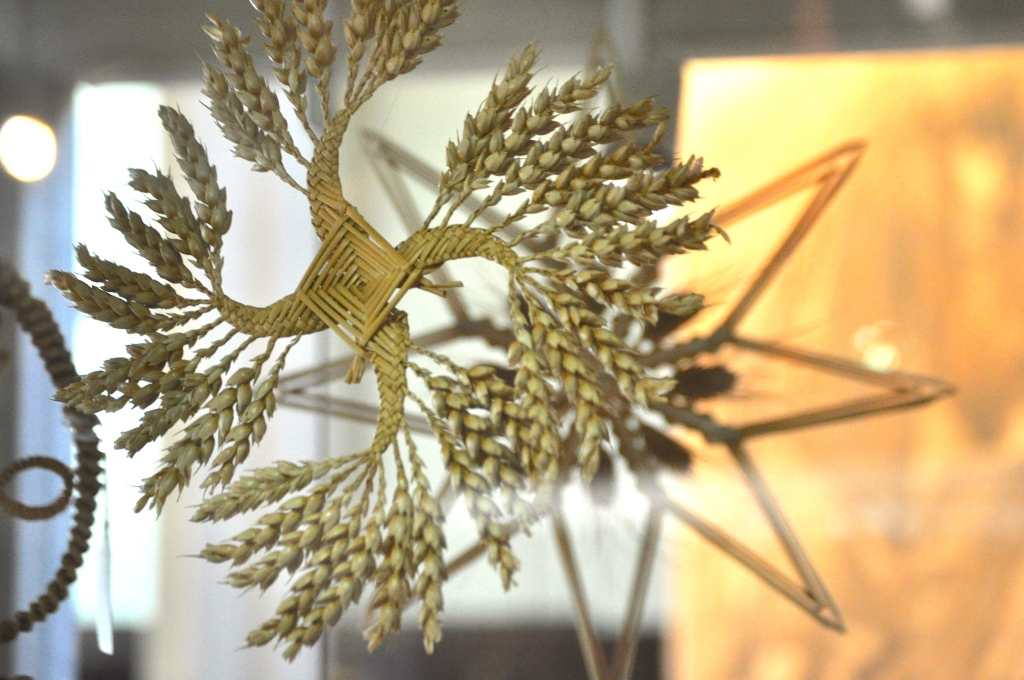 Before steam, before automation, men and women worked hard on the land.

Everything must be done by hand, from milking to butter making to bringing in the corn. It was an unimaginably different life to the one we lead today, dictated by the ebb and flow of the seasons, the year broken up into light and dark, fruitful and barren, plentiful and sparse.

Personally, it is as far away from my own lifestyle as Neil Armstrong’s short sojourn on the moon. And that was brought home to me when I took a wander around our county town’s Museum of Rural Life.

Every exhibit there had once been a valued creation, passed down through families, many years before the advent of the throwaway society. Wood was one of the great plentiful, workable materials England had to offer its village communities. And people used it to make so much of the framework of their lives and work. I had no idea, until I wandered round this place.

I passed great rough-hewn Hardyesque wooden carts, made out of wooden beams, by hand. There were cart wheels, fashioned by carving a solid hub from a tree trunk and inserting hefty spokes and wheel sections. Every wall- even the ceiling – seemed covere in scythes and pitchforks, barrels and rough-whittled wooden chairs, every one handmade in a bygone age, every one unique.

And in a far corner of the museum, past the cheese presses and covered wagons, was a small glass cabinet of curiosities which must each have hung in a farm kitchen, keeping an old English spirit at bay during the long dark  winter.

It’s not just us: it was a phenomenon in many countries that men would use scythes to harvest corn. Imagine, great fields of the stuff, having to be cut sheaf by sheaf, a labour taking many weeks. And the standing corn would  become smaller and smaller, an entity in itself with its straight tall cliff-edge next to the stubble, creating stark-golden shadows in the setting sun. No wonder they said it held a spirit.

The story went that the spirit of the living corn retreated, away from the scythes, into the main body of corn, which got smaller and smaller as the weeks and days went on. The whole village would watch the standing corn dwindle, a different shape every day.

Until one day, there would be a final sheaf of corn to be cut. And in that, still hiding, was the spirit of the corn.

With the final sheaf, a corn doll – a corn hag, or a neck, a corn-mother, an old woman – was made. A little effigy, sometimes with human characteristics, was fashioned, woven intricately using the long corn-stalks.

Some were ploughed back into the corn the following Spring, an offering to the gods to render the field fertile.

But some hung for years in the farm kitchen.

Man is ambivalent towards his corn-hag. Some have said this was the same old hag who causes nightmares by sitting on the chest – called, these days – sleep paralysis. Some said the little women who held the spirit brought ill luck. But others saw it as a blessing of good fortune.

And so, occasionally, they were kept as family heirlooms. And a handful found their way to the little glass case in this place full of things made with infinite patience and the sweat of man.

Strange, to look at a little corn hag and think: you are hundreds of years old.

Does the Corn Spirit of your field still live there?

Written in response to Side View’s weekend theme: Family Heirlooms, which you can find here.