Last night at 7pm, English Heritage opened access to the car park at Stonehenge, the beardy-weardy indicator of midsummer mysticism, in its annual acquiescence to New Age folk. And a couple of hours ago, at 6am, admission closed. If you weren’t in by then, folks, you had to turn the 30-year-old Volkswagen Camper, complete with customised flowers and rainbows, round and drive home again.

Or park near the pig farm on the opposite side of the road with large binoculars and cause a little A303 traffic chaos.

The sun has risen now. It was scheduled to rise at 4:52, though I can report that it will in all probability have had a murky welcome. Here, about an hour’s drive away, it is grey and overcast.

It doesn’t stop people celebrating though. All those druids in their regalia partying until they get kicked out of the car park at 12 midday.

Here, we are celebrating too; a decade of Felix. This time ten years ago it was a Saturday.

It was my longest day.

I was wheeled up to the ward on a glittering sunny morning early, and as the sun rode in its chariot across the sky I bellowed for England. I have excellent projection and I think the nurses wished fervently they had better soundproofing. My choice of words was not sophisticated.

I had my son in time for the 5pm Saturday Sports Report.

Today, Maddie spent copious time filling in cards from The Owls, Macaulay and Bond, and of course, Bumpy The Elephant, Felix’s favourite.

The card from Bumpy was peerless. 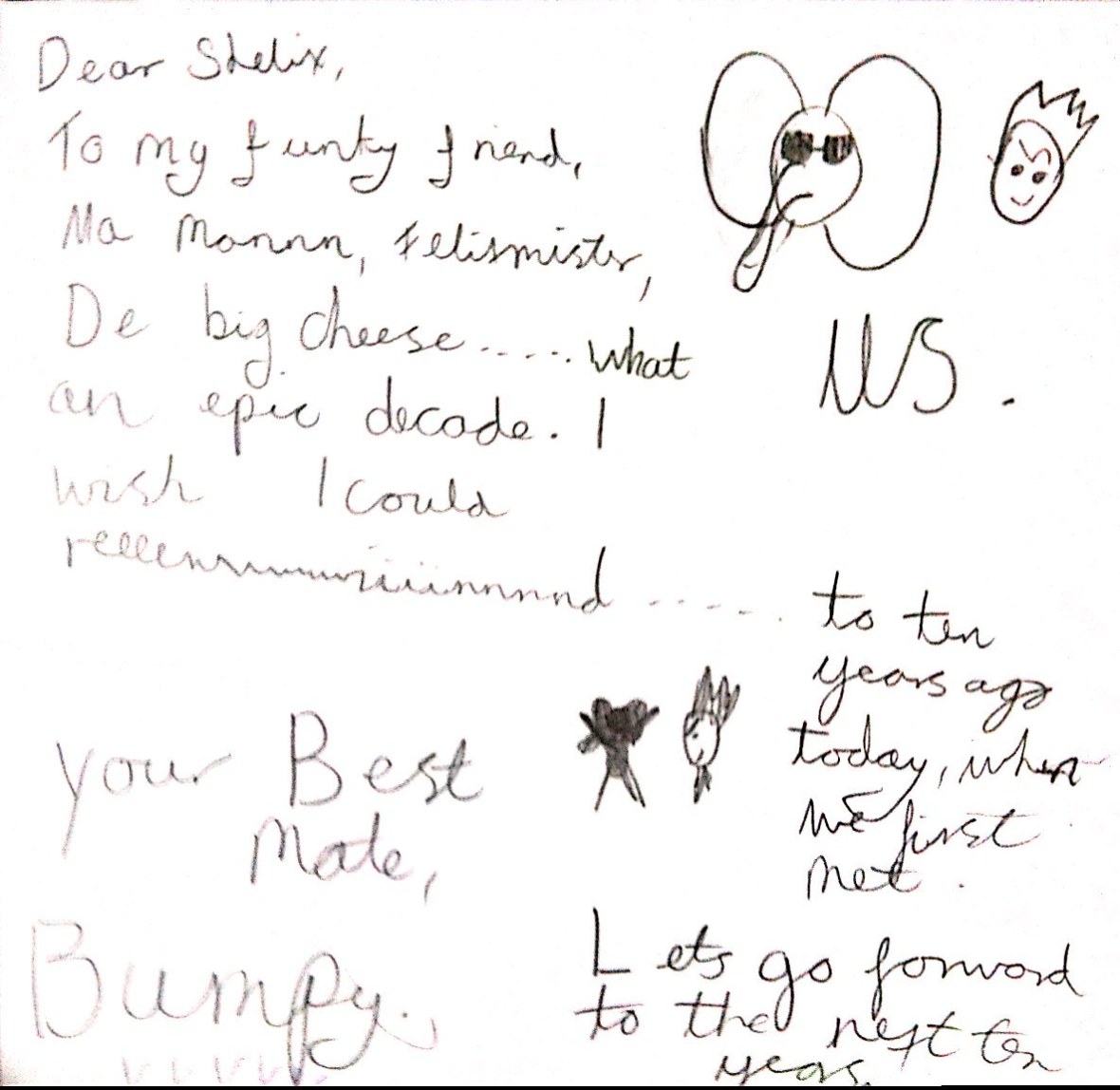 Speaks for itself, doesn’t it?

39 thoughts on “The Longest Day”