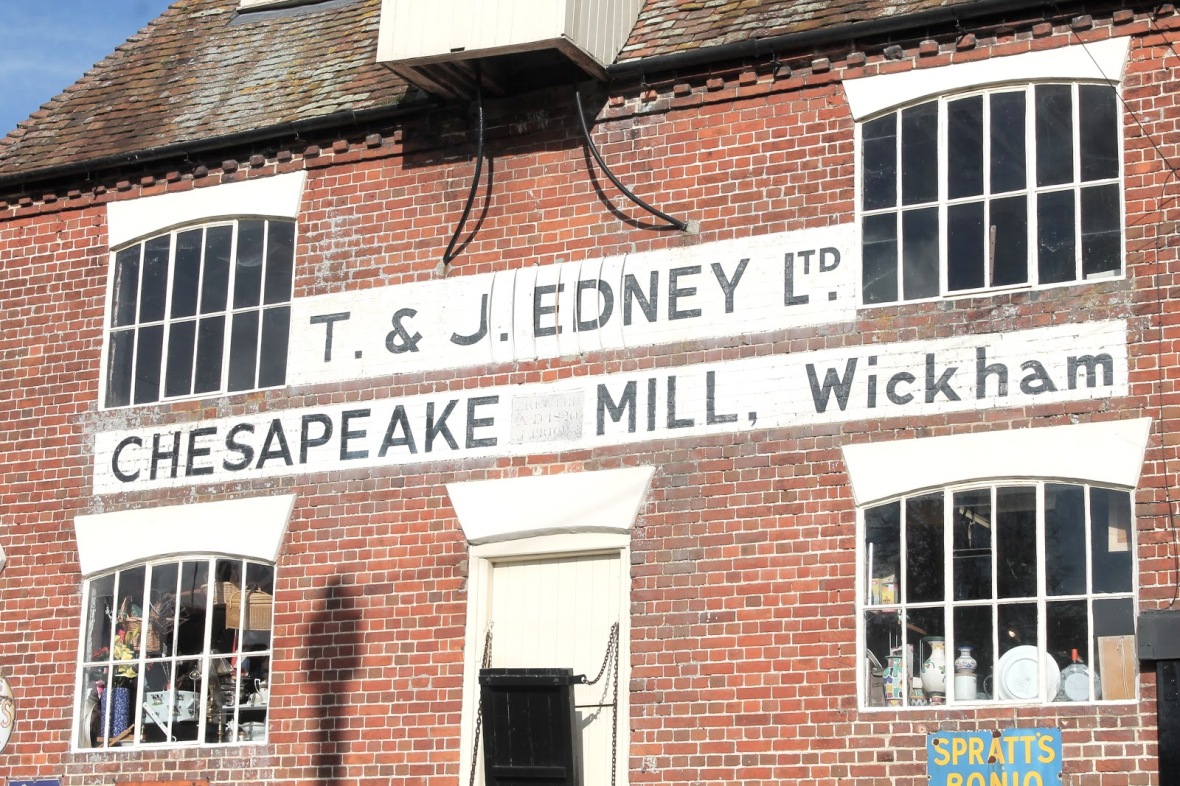 Can objects carry a shadow of their history with them?

I remember looking through the glass of a cas which contained a book owned and read by Catherine of Aragon. She had thumbed it, turned the pages, thought on it, mused over it. At a time when books were incredibly expensive, she, a woman of rank and privilege, had made it part of her everyday life.

So, I asked it silently, do you remember her?

Of course not. Surely that would be impossible. Scientists would snort with derision at the very idea.

But it was there. With her.

I am hatching plans to travel to a little village in Hampshire which sits on the River Meon as it flows enchanting for 21 miles through the Meon Valley. Because there, inanimate wood has retired after the most astonishing of pasts.

I speak of timber. Wooden beams, the humblest of materials, which have been reused in a little English corn mill.

But they began life as one of the great battleships of American history, in Gosport Naval Yard, Virginia, America.

Chesapeake. The 44-gun frigate created largely from American longleaf pine, launched on February 28th, 1799. A thing of beauty, to naval engineers and to anyone, with its billowing sails and sleek lines.The Chesapeake saw 24 years of service before becoming embroiled in the last skirmish with the British navy.

Britain was locked in combat with Napoleon, and all its might was focused on defeating the French. Though America had her independence, the British had supremacy of the seas. They insisted that the Americans must not trade with France, and impressed many American seamen into fighting in the Napoleonic Wars. With blundering arrogance, they would board American ships and search them for deserters.

It was all beyond decency, and the Americans fought back. And for 12 months, they thrashed the British throroughly. Not one British victory at sea was to be had. There were some purple faces at the Admiralty, I can tell you.

In the Spring of 1813 the Chesapeake was having a refit and its new captain, James Lawrence, took command. Lawrence came with a pedigree: he had already taken a British sloop, The Peacock, in battle.

So there was the Chesapeake, minding its own business, in Boston harbour, when it was espied by the British warship HMS Shannon, whose Captain sent a message challenging it to a fight. But before the message could be delivered, Chesapeake was off to confront the Shannon off Cape Ann.

Twelve minutes. It took twelve minutes for the Shannon to trounce the Chesapeake, but the loss of life in the meantime was horrendous. It was a bloody conflict, but the Shannon had too many guns; 69 men lay dying on those wooden timbers as the British boarded the Chesapeake; including the valiant American Captain, Lawrence.

His dying words are famous. The first ship for 12 months to be captured: “Don’t give up the ship,” he ordered with his last breath.

But they did. It was hopeless. And the ruined American ship was sailed back to England and after a spell as a stores ship, she was broken up, and those timbers which had seen so much action were sold to a man building a mill.

And they are there to this day. At Chesapeake Mill, in Wickham, Hampshire,

The English Heritage listing reveals that the ghost of the ship still whispers from the wood. There are burn marks on the first floor, made by canons firing in another life. The very width of the mill was dictated by the dimensions of the ship’s beams, and there is the ‘ghost’ image of a ‘carling’- a beam for supporting the deck- on the second floor.

And so: conclusively, objects can carry shadows of their former lives.

The history of those timbers is written in their grain.

Written in response to Side View’s weekend theme: Should that be there? Which you can find here.

42 thoughts on “The Shivering Timbers”