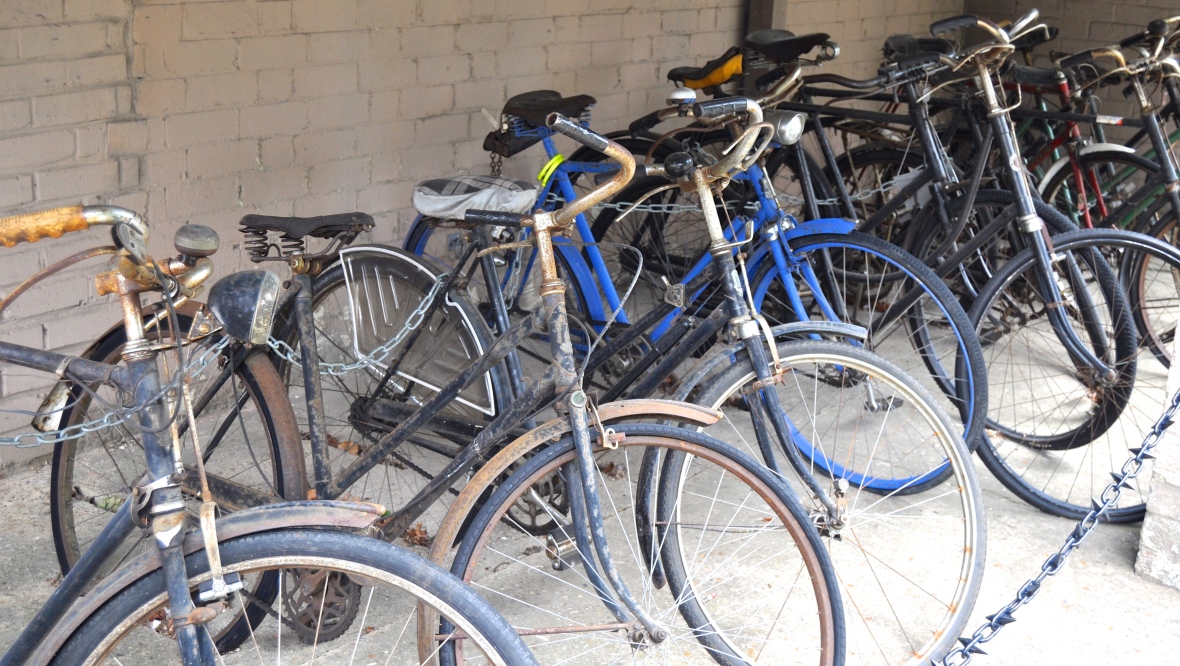 When I was a student, I had a bike. But I rarely pedalled it.

All the way to the campus was downhill, One long wind-whistling-past-the ears harum-scarum helter-skelter journey aided by my partner in crime, gravity. The route looped steeply uphill right at the end, but the momentum just kept that bike right on going until I reached the student’s union.

Going home, I was not about to cycle. Uphill all the way? Not likely. I walked stolidly, pushing the go-faster wheels upwards to reach my house and make a much-needed cup of tea.

My birthday bike – an upright Mary Poppins velocipede of a vehicle – has elicited a renaissance in my relationship with two wheels. But the developments in biking technology mean that light aluminium frames and sophisticated gears make hills slightly easier than they were 28 years ago.I like my bike.  I have grown accustomed to its pace.

But I regret to report that Uphill still remains an issue.

This is in direct opposition to findings by researchers from Montreal’s McGill University. Researcher Devon Paige Willis asked 5,600 of its students about the way they got to college. 268 of them were cyclists; those who rode out of eco-conviction got the most satisfaction because of the ‘halo effect’ – they felt virtuous. They were satisfied because they were living their values.

But as they talked on it became apparent that they really valued Uphill.

“It’s not intuitive and it’s something we have not entirely explained,” Willis told DCStreetsBlog. “My personal hypothesis is that because cyclists are cycling a lot of the time for exercise and health, the slope is not an inhibitor to them.”

Because I have a nice easy journey to work. Felix and I positively fly to his school, and then I glide serenely the ten or so minutes onwards to a bike rack situated right outside the main door of the Victorian mansion in which I work.

But the way back has one hill which is arduous.

Every day, I say, “This is the day, Felix. This is the day when I will make it all the way to the top of the hill on the bike.” And every day I dismount wheezily half way up the hill, watching my A-type son disappear over its brow. Darn, I curse, or severe words to that effect.

Today I collect Felix and a girl from school is cycling the same way. We pootle industriously to the foot of the hill and I brace myself. Today is the day, Shrewsday, I think. And I notice the girl is doing the same thing. But when I say, encouragingly, “This hill gets me every day!” and smile, she retorts: “I’m not getting off ’till the top,”

Driven. This girl is driven.

It might be the sight of Felix flying effortlessly up the steep gradient. It’s enough to ignite the competitor in even the youngest of us.

She pulls away, as I pedal with a measure of desperation. Zounds. To be trounced by not one, but two Primary schoolers. The ignominy.

The stigma of being trounced by mere children spurs me on. I experience a surge of energy. The bike shoots forward. Victoriously, triumphantly, I stand on its pedals and will it up the hill, past the bus stop. I will triumph over physics. I will.

I make it all the way to the middle.

My heart pounding, my blood rushing in my ears, my sight blurring imperceptibly, I make a swift decision.

Tomorrow. Tomorrow  is the day when I will make it all the way to the top of the hill.

21 thoughts on “Bicycling uphill: why?”