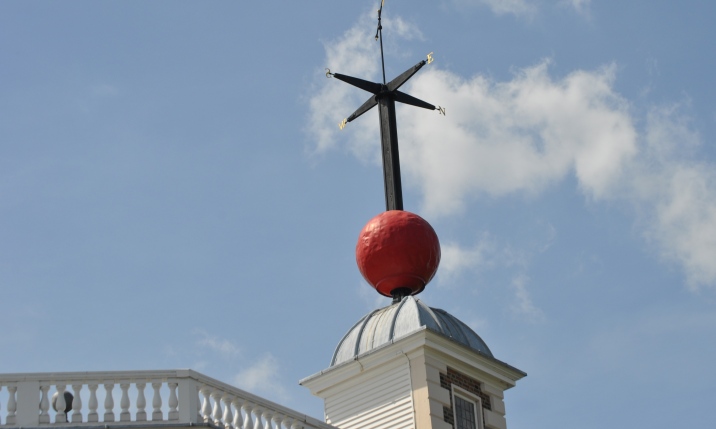 It is right and fitting that the British Empire set its watches using a load of old balls.

It was the balls which, indirectly, enabled tiffin, and afternoon tea at four. Balls featured at the United States Naval Observatory, and have spread to New York, Sydney, Gdansk and Gothenburg.

The balls are inextricably linked to the sun and the stars, and thus one finds many balls at observatories; and one lives at that grandaddy of them all, the Greenwich Observatory.

The balls watch the stars, which march across the sky and tell the time for us mortals. They were used at ports to inform ships of the time, a bit like our BBC pips do these days. The sailors would look up at these huge brightly coloured spheres and watch them drop at 1pm every day.

The mind boggles just thinking about it.

And presently, the sixth Astronomer Royal, John Pond, decided it would be a capital idea to have a large red ball atop The Octagon Room at Greenwich overlooking the Thames, for the ships below, sailing up and down one of the world’s water super-highways.

I can think of many visual representations of the arrival of a given time. Semaphore, perhaps.  now-you-see-it-now-you-don’t arrangement.

But naval man – firstly at Portsmouth – chose a pointed stick skewering a huge ball. It would rise from the bottom of the stick five minutes before 1pm, and come to rest half way up. With two or three minutes to go they were raised the whole way.And then at one, they would drop. And everyone on the nearby water would know, by the dropping of the ball, that it was one pm exactly.

The pips took over in 1924 and the balls were rendered obsolete. But at Greenwich, every day, at 1pm sharp, the ball drops once more.

I wonder what Freud would have to say about the whole business.

32 thoughts on “A load of old time balls”