That great big sky? A sense of the vast just beyond the shoreline? The light can run riot on the coast next the sea.

Everywhere you look on a small island, there is that great skyscape craning over, so dominant it could almost consume the island in light.

We sat in the spectacular planetarium at the Museum of Natural History, New York, this morning, watching the story of the stars. Our closest star, we were told, was born millions of years ago. And ever since, it has held a galaxy in its thrall, a conjuror dazzling anyone who will watch with deft sleight of hand; tricks of the light.

And here I sit on Manahatta, the Native American name for the island of Manhattan.

For thousands of years, men have watched the star’s light glow round this outrageously well-appointed island between two rivers, an island which stands sentry to rich farmland up river.

The Algonquin a thousand years ago, gazed at this starlight, with its ethereal glow, from their long houses made of tree saplings. The tiny Dutch settlement of the seventeenth century made barely an impression on the vast surrounding skies, but inexorably, the English changed and organised, populated and developed; and with independence, businessmen carved a path, not across Manahatta – for one can only go so far when one is on an island – but upwards, colonising the jurisdiction of the light of our closest star.

So that now the city has the light imprisoned in a grid.

As I walk on my way through the city of New York, I cross roads in the time allotted and gaze down their length. And at the end of these great man-made canyons, lined with skyscrapers, the light waits.

And though I have a tight schedule, I fight a wild desire to turn away from my plans and run towards the light at the end of the street which still sits singing on the shore, though men don’t listen quite so much these days.

We trailed home at sunset this evening, and every time we crossed the street and looked, the sky was a different colour as the sun set. I am not sure how the light at the end of the street felt about its neon cousins which fill the night sky within the canyons.

Manahatta and the light, they are soul brothers. They know each other like the back of their hands. But as is wont to happen with brothers, one will always dominate the other. The light must do what Manahatta tells it to.

But it won’t always be that way.One day, the light will have the upper hand.

Nothing lasts forever. Not a city,not the island. One day, we were told this morning,even the sun and its distinctive gift of light will perish.

All things must pass. 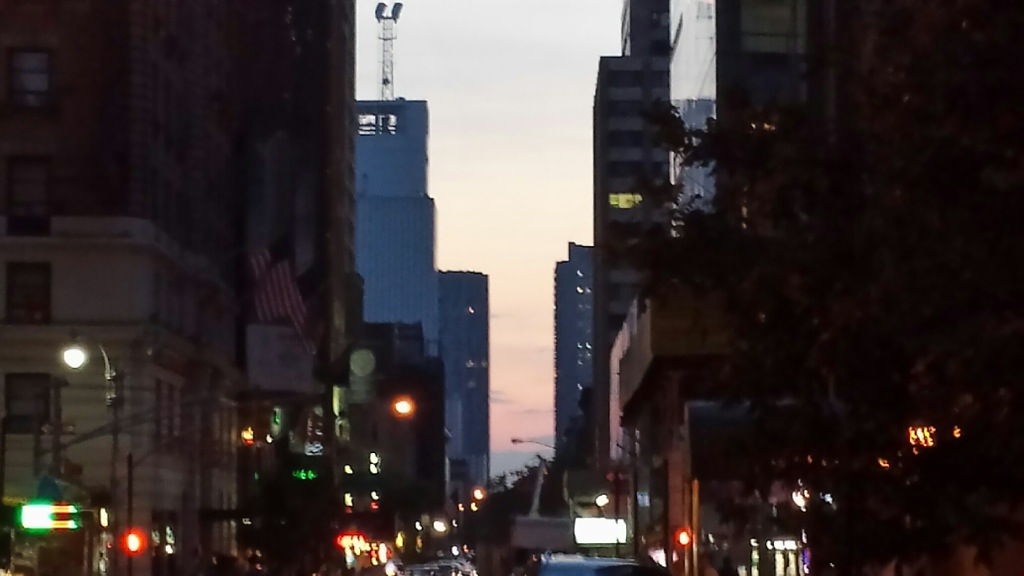 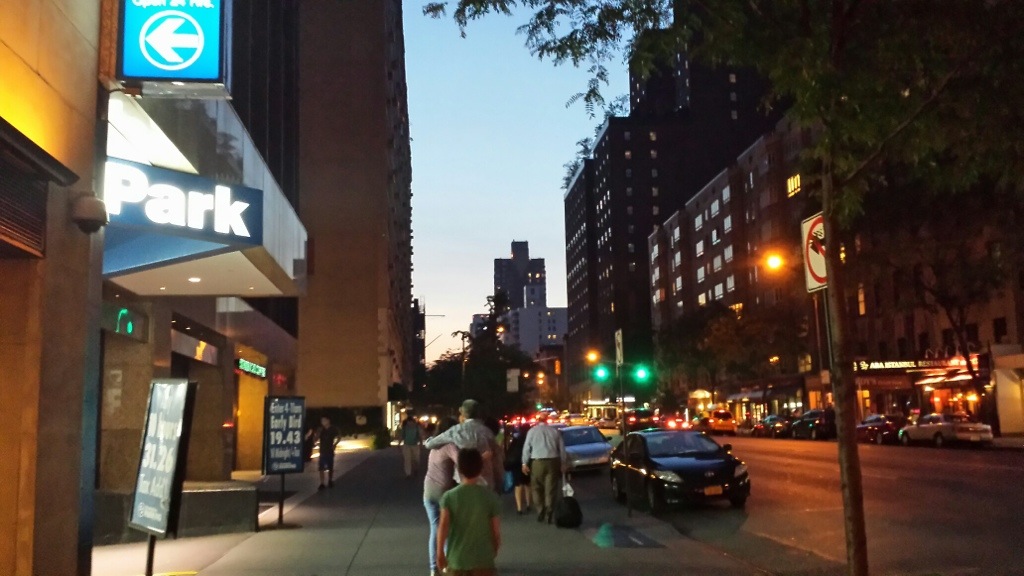 34 thoughts on “Manahatta And The Light”