Every town should have its second baronet cycling round in a shabby overcoat on a a rusty bicycle.

But only one place, to my knowledge, ever achieved it.

The second baronet of which I am thinking was a lovely man. Really lovely. Seven children, two boys, five girls, a career in the illustrations of children’s magazines and books and latterly writing, he loved to be around his family, and gloried in the quintessentially English community in which he lived. 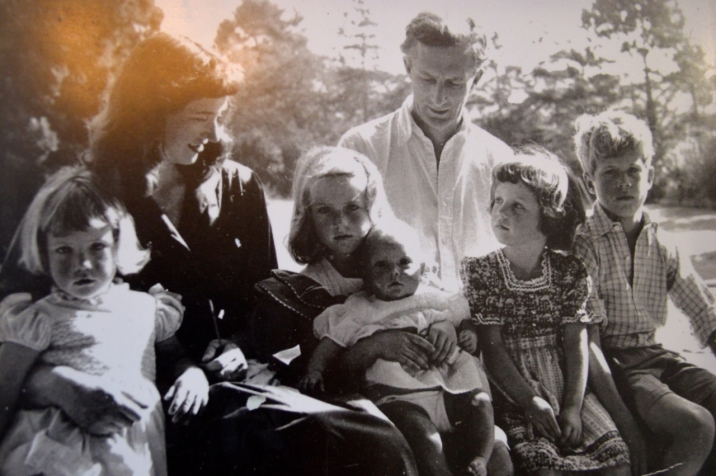 The son of a first baronet and an heiress from Sydney, John Verney had always loved scribbling and cartoons. Whilst still at Eton in the thirties, he submitted work to Punch, but they turned him down. He headed off to Oxford to take a history degree, then dabbled in film directing alongside Charles Laughton and found the love of his life, Jan Musgrave, before being called up to the great cataclysm of the 20th century, World War II.

The war did many things to many artists. Verney was right in the thick of it. He was awarded the Military Cross and the Legion D’Honneur; he parachuted into Sardinia for the SAS, and fought in the desert campaigns, and France and Germany. Most dashing.

But while other artists attempted to portray the stark realities of the war’s aftermath, Verney retreated back into parochial Englishness. He revelled in his return to the Shires, illustrating books in a converted stables at Runwick House, just outside Farnham in Surrey. He drew almost 100 cover illustrations, and lots more besides, for the Collins’ Magazine for Boys and Girls, latterly the New Elizabethan.

He stood for election to the local council, and fought fiercely to preserve local historic buildings, notably the lovely red brick Maltings  buildings which had fallen into disuse. That’s it, there on the hill.

He painted with a twinkle in his eye; some of his works are permeated by classic English sauce, or absurdity, others with sheer unfettered joy. He painted his frames, not just the paintings. Sometimes his painting escaped the frames entirely and appeared on washstands or desks or other furniture. 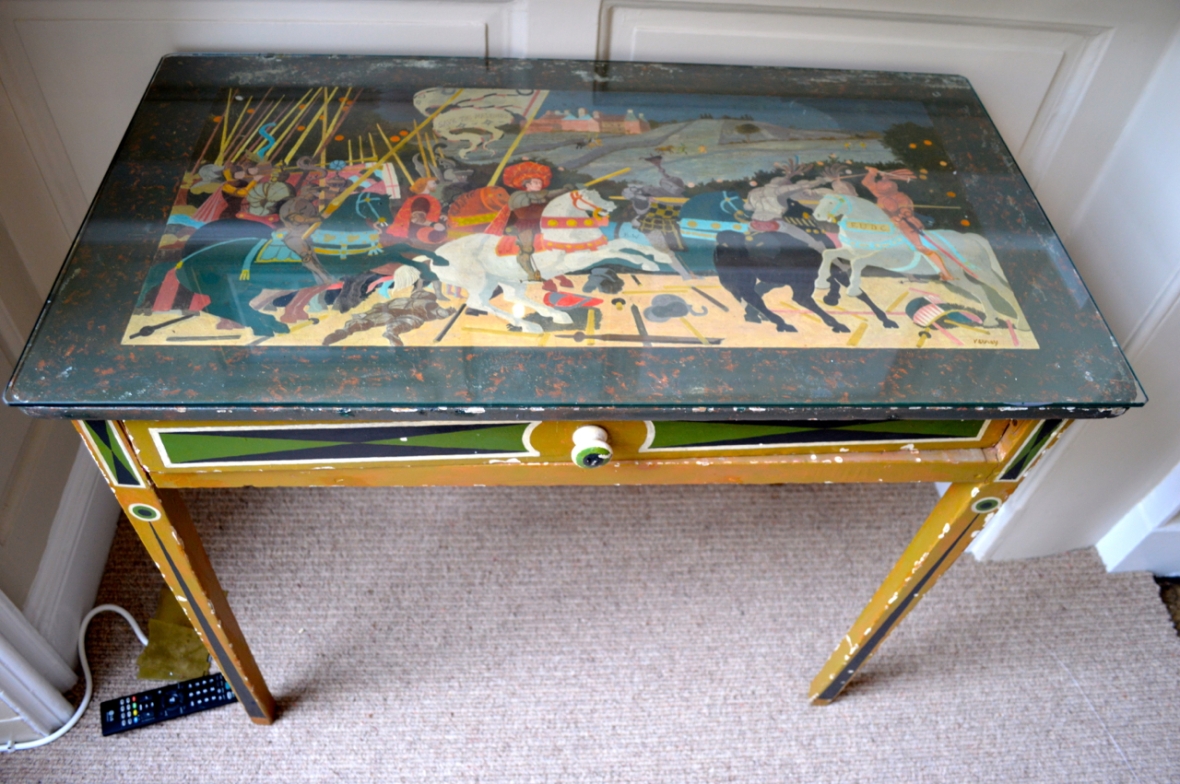 His subjects often wore nothing but their English poise. Women and men alike; they have the quality of Eden before the fall. The serpent often makes an appearance, standing up for wickedness in a world of innocence.

And his sketches, watercolours and cartoons: to see them is to love them. Often set in Farnham itself, they are economical, funny, frank, full of the detail which still seems familIar today; and there is often a dog in his them somewhere.

Farnham knew him well, a slight man in a shabby overcoat and battered hat who rode a rusty bicycle about the place.

Today I met his pictures in an exhibiton in the little town he drew so often. It is 20 years since he died, and yet they brought an involuntary smile to my face. I can only think that, though he was eccentric, and incredibly posh, and could seem distant, he had really a rather lovely heart underneath.

31 thoughts on “A Battling Baronet on a Bicycle”