In a sleepy churchyard in a Berkshire church in the South of England, there is a man with an iceberg for a gravestone. Or a stone representation of one.

Should I say, there was a man? He is no more, and has been no more for 75 years. It is strange, when you see his picture. So vital. So full of energy. 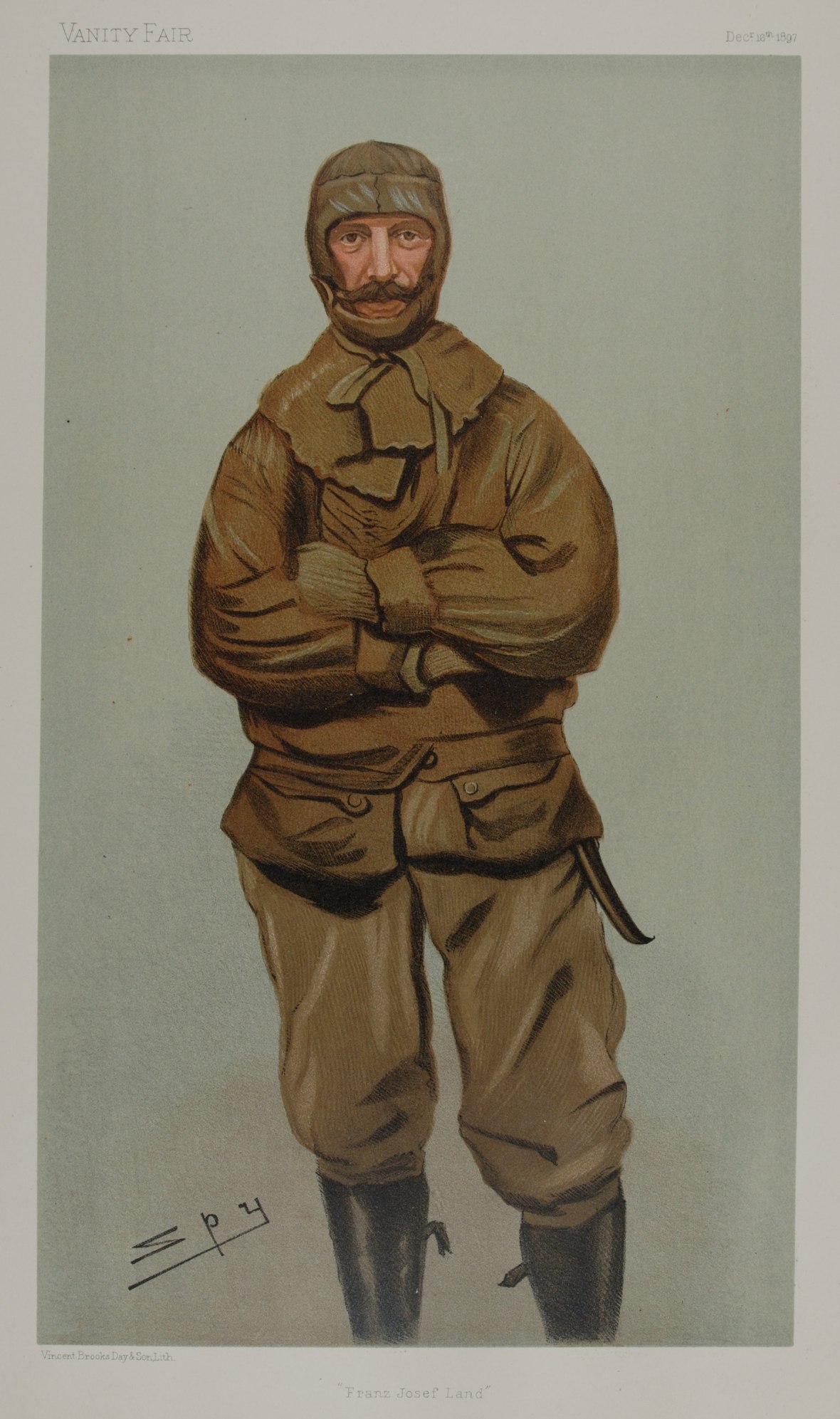 Strange to think that though he is there, sleeping under that stone, he exchanged ice for earth in the long run, and the wild wastes of the Arctic for the Shires. Remember, man.

His name is Frederick George Jackson, and he is inextricably tied up in the strange history of the Arctic, and the scramble for the North Pole. He is the punchline in the story of Fridtjof Nansen.

Nansen: a likeable chap, fair-minded and cerebral and drawn inextricably towards the polar lands. He it was who inspired Amundsen, the man who beat Scott of the Antarctic. Nansen developed a crazy theory about how one might reach the North Pole. What if, he said, one built a sturdy boat and used the natural drift of polar ice to take one far, far North to within travelling distance of the pole?

He built a tough boat which could withstand the jostling of an iceberg or two, and set out, proving his theory correct. But the final stretch across land defeated the expedition, and they turned back without reaching their goal.

Just as with Scott, later, the return journey became a rather desperate affair.Their chronometers gave out, and it was impossible to calculate their position. They travelled towards Franz Joseph Land  across the ice, which was becoming unstable with the Summer months. Finally, they spotted land. They made it to the edge of the ice and took two kayaks, making for land, and they reached it safely. And there, they spent the winter.

But by the following June, things were rather bad: they were on the very last of their supplies, and  had shot the last husky. It was a grim pass.

So just when things seemed rather hopeless, Nansen heard voices.

Real ones, as it turned out. He went to investigate and found a British man wandering towards them.

Neither really knew what to say. Astonished,  Jackson managed to stammer: “You’re Nansen, aren’t you?”

And the explorer replied, “Yes, I am Nansen.”

In the weeks afterwards, Nansen said he could scarcely grasp his good fortune. And in time, he named that island which he had discovered: Jackson island.

And now the two of them are consigned to earth. But they lived long and fully.

And their adventures live vividly after them.

21 thoughts on “The man with an iceberg grave stone.”